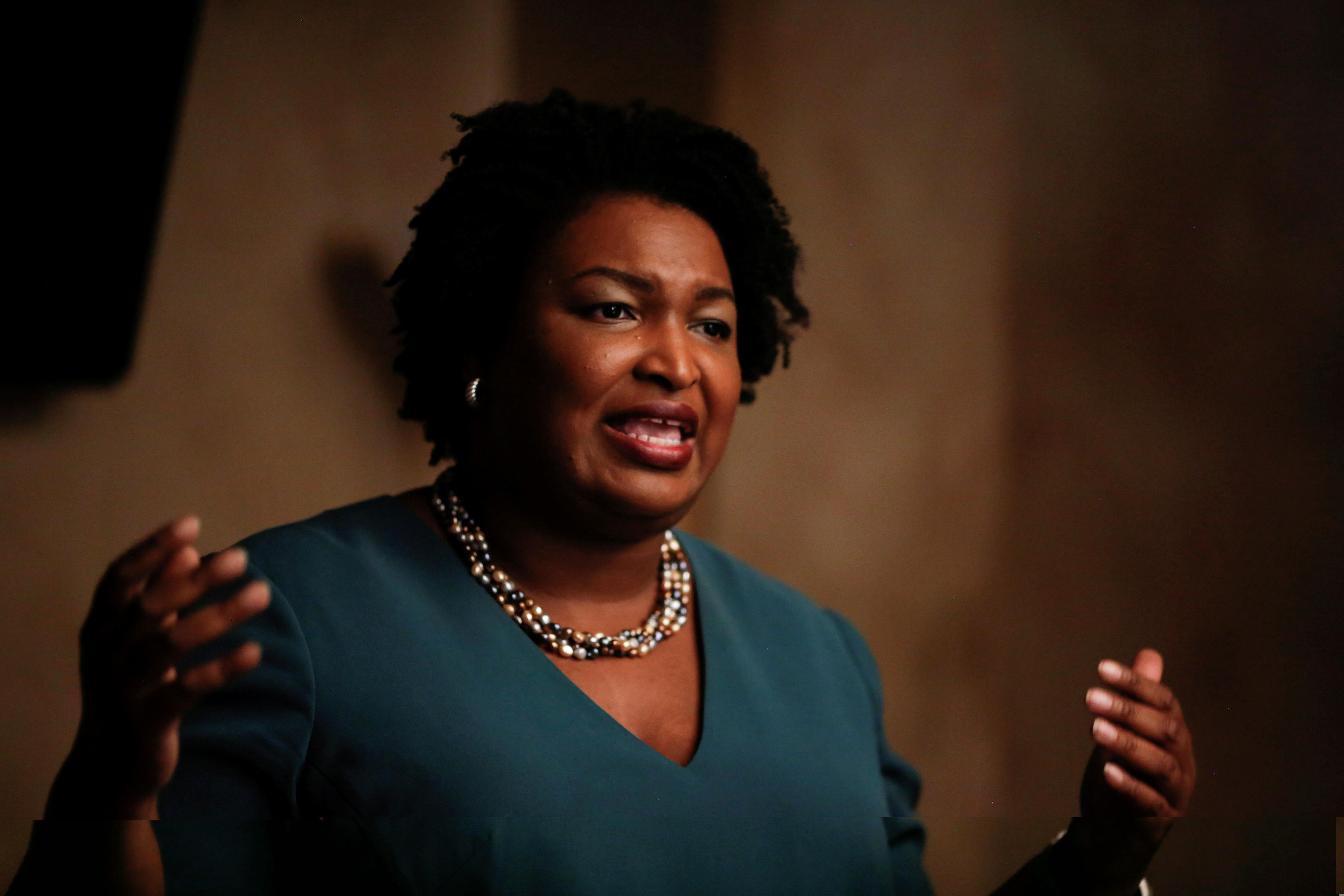 The candidates clashed over voting rights -- the biggest fault line in the race has been the suspension of 53,000 voter registrations, 70 percent of which were for black Georgians.

Kemp deflected accusations of voter suppression by blaming applicants for making errors and not using online forms to register.

"If they had used the online system, they would not have these problems," Kemp said. "They didn't fill out the form out correctly. The last four digits of Social Security were wrong. Blame President Obama. There are 7 million people who have correctly filled out the form."

Kemp claimed that voter registration has never been higher in Georgia because of the work he has done.

While Abrams has claimed Kemp is deliberately trying to suppress the votes of black Georgians, who typically vote Democratic, Kemp argues the issues with registration forms are due to shoddy work by liberal groups such as Abrams' New Georgia Project, which works to register minority voters. However, the 53,000 voters with pending applications can still vote on election day, if they present photo identification at the polls.

Kemp, who has been secretary of state since 2010, has promoted several measures during his tenure which Democrats claim are intended to suppress minority votes. Abrams has called on him to step down several times, given that Kemp oversees the state's electoral system. Kemp's office has canceled over 1.4 million voter registrations since 2012, including over 600,000 since 2017 alone, according to the Associated Press.

During the debate, Kemp defended staying in his position as secretary of state throughout the election, saying county officials were in charge of the separate boards of election for each county.

"I took an oath of office to serve as secretary of state and that's exactly what I'm going to continue to do," he said.

During the debate, Kemp also accused Abrams of asking undocumented immigrants to vote for her in November, saying that she had "called on illegals to vote for you in the election." Abrams denied she had done so. "I know the laws when it comes to voting. I have not asked those who are illegal to cast a ballot," she countered.

Kemp's allegation comes from a speech to supporters in which Abrams described the upcoming "blue wave," saying that the "blue wave is comprised of those who are documented and undocumented." Abrams has said she did not literally mean illegal immigrants should vote in the election. Kemp repeated during the debate that urging illegal immigrants to vote was "criminal."

"He is someone who is tilting the playing field in his direction and in the direction of his party," Abrams said. "It is absolutely voter suppression."

Kemp said during the debate he was "absolutely not" attempting to suppress any votes, and adding it was a distraction from Abrams' "extreme" liberal views such as supporting single-payer health care.

"This farce about voter suppression...is absolutely not true," he said. "She is blaming me for a problem that she created."

Kemp was the only secretary of state in the country to refuse the Department of Homeland Security's aid against electoral hacking before the 2016 election, and he is being sued for failing to secure the state's voting system and allowing a massive breach into the records of 6 million voters. He and Gwinnett County are also being sued due to the Georgia county's rejection of 595 absentee ballots this year, over half of which belonged to African Americans and Asian Americans.

Another issue addressed at the debate on Tuesday was Abrams' activism during college, including her participation in the burning of the former Georgia state flag in 1992. At the time, the flag incorporated the design of the Confederate battle flag. The "permitted, peaceful protest" was a part of her opposition to the Confederate symbolism in the flag, campaign spokeswoman Abigail Collazo told CBS News in a statement.

In the debate, Abrams said she was "a very proud Georgian," but she opposed the racial symbol in the flag. She also noted Kemp voted to remove the symbol from the flag as a member of the Georgia Senate.

Abrams has made the issue of Confederate memorials a key part of her campaign, and has called for the removal of the Confederate carving on Stone Mountain near Atlanta depicting Jefferson Davis, Stonewall Jackson and Robert E. Lee. Kemp has said he would protect the monument from the "radical left."

The two, as well as libertarian candidate Ted Metz, also sparred over issues such as their health care plans, criminal justice and their personal finances.

Ellee Watson contributed to this report.