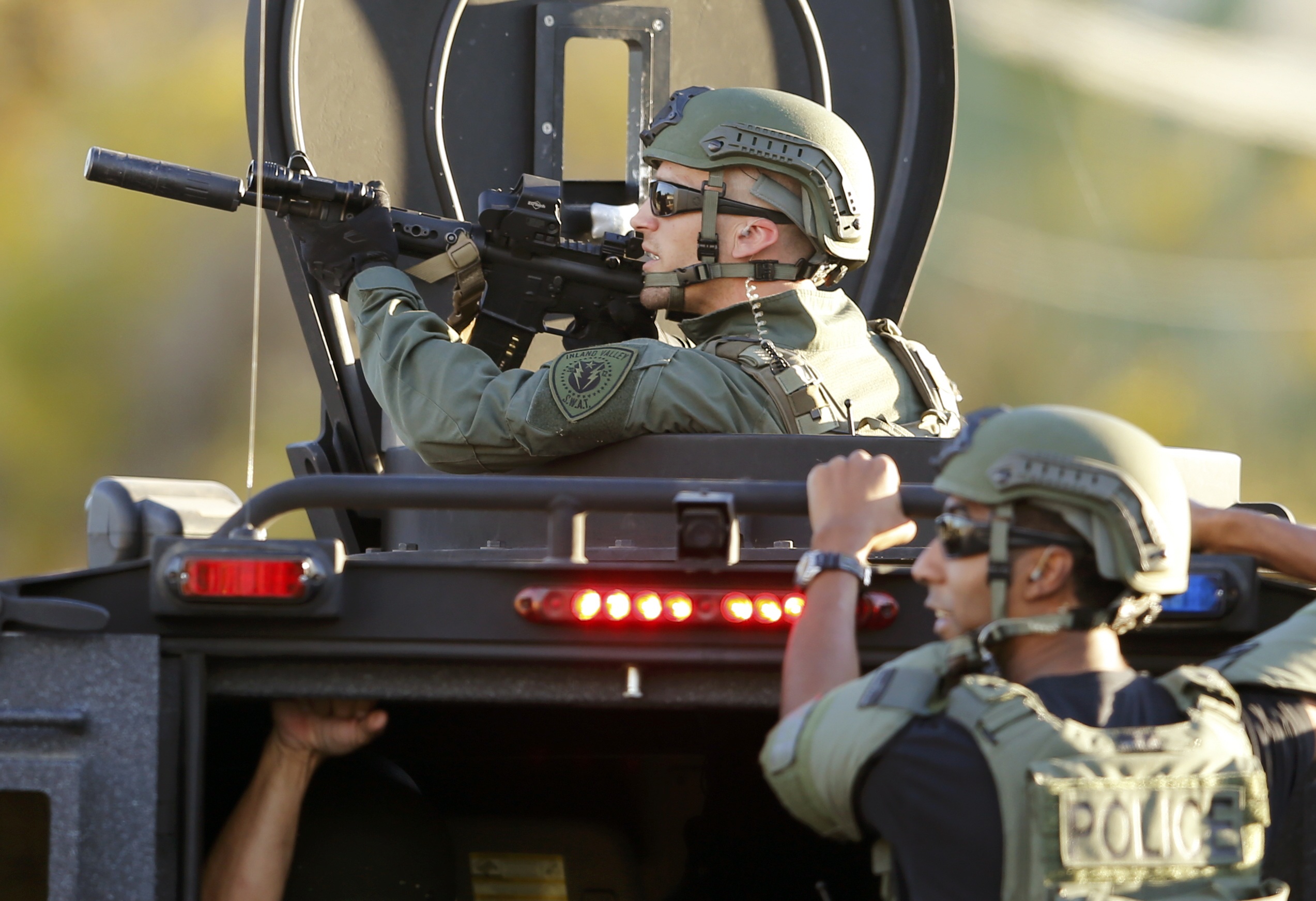 Though authorities have yet to identify a motive in Thursday's fatal attack in San Bernardino, California, Carly Fiorina was quick to identify it as a "homegrown" terrorist attack.

The two suspects in the shooting -- Syed Rizwan Farook, a 28-year-old American citizen born in Chicago, and his wife, 27-year-old Tashfeen Malik -- were both killed in the aftermath of the massacre at the Inland Regional Center. Authorities believed Farook was at a holiday banquet with coworkers Wednesday before leaving abruptly and returning, armed with tactical gear and assault rifles, with his wife.

According to U.S. officials, neither suspect was on a U.S. terror watch list. On Thursday, President Obama briefed reporters and said, "It is possible this is terror-related" but cautioned that "we don't know."

Still, Fiorina maintained, "It sure looks like Islamic extremism and terrorism."

During a speech at the Republican Jewish Coalition's presidential forum, Texas Sen. Ted Cruz also suggested a terror motive in the California shooting.

"At this point, the details of what happened in San Bernardino are still unclear, but our prayers with families of those murdered, of those who were shot," Cruz said Thursday. "And all of us are deeply concerned that this is yet another manifestation of terrorism. Radical Islamic terrorism here at home. In wake of the terrorist attack in Paris, this horrific murder underscores that we are at a time of war."

Republican front-runner Donald Trump also pointed to "radically Islamic" motives as the cause for the attack.

When asked by a reporter Thursday if he believed it was an act of terrorism, Trump answered in the affirmative: "I think it's terrorism."

Early Thursday morning, Trump was criticized for reposting a tweet that mentioned his poll numbers improving after mass shootings, additionally called for "strength" in the wake of such tragedies.

"It seems that every time there's a tragedy my poll numbers do go up because they want strength," Trump said to reporters after delivering a speech at the Jewish coalition. "We have weak people. We have ineffective people. We have incompetent people. And sadly, every time - every single time - there's a tragedy my poll numbers go up because they feel that I'm going to take care of them. And they feel they want strength."