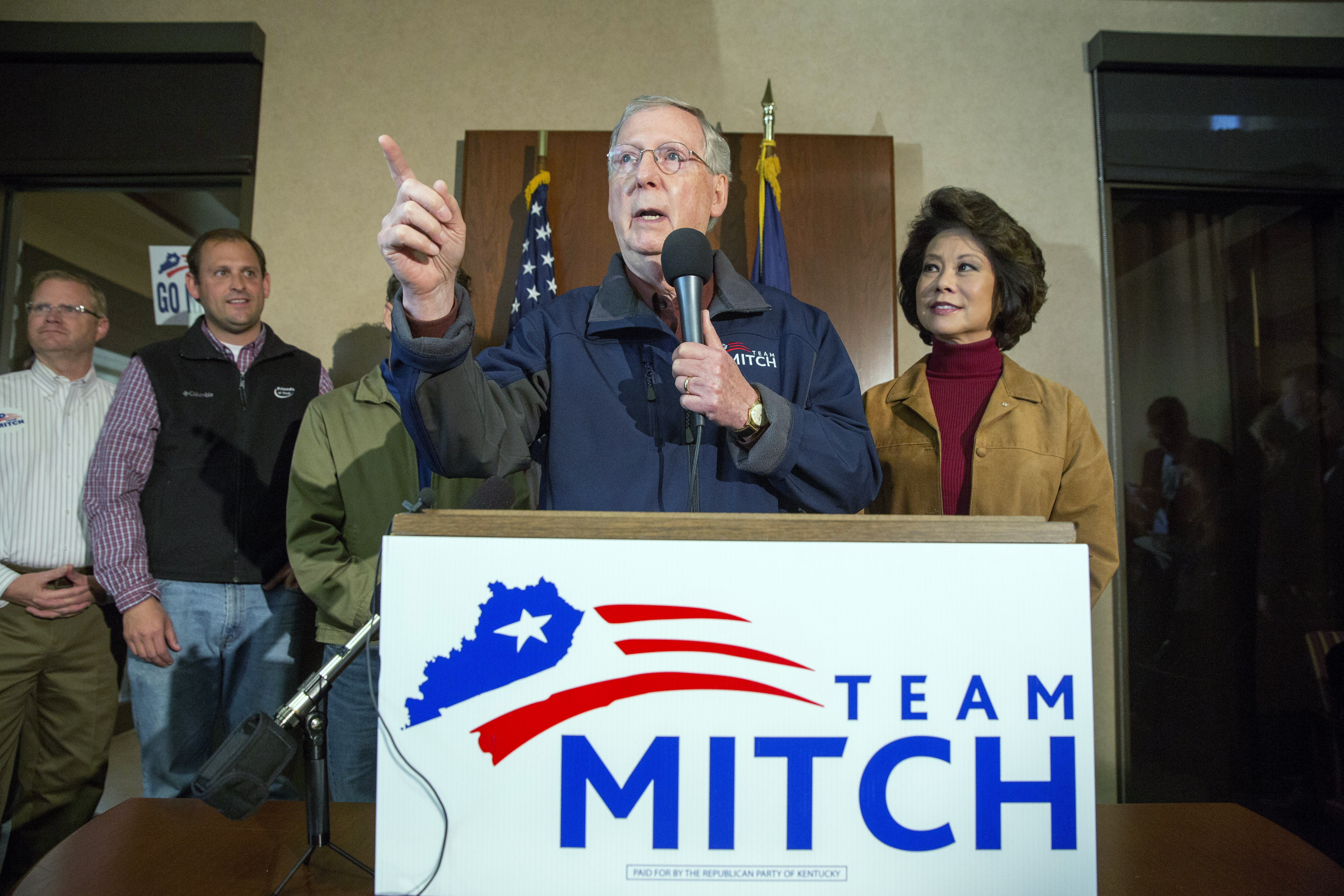 Polls have closed in Kentucky, where Senate Minority Leader Mitch McConnell is projected to defeat his Democratic challenger, Kentucky Secretary of State Alison Lundergan Grimes, according to exit poll data.

Should McConnell win a sixth term in office, he may also become the Senate's next majority leader. Republicans are expected to win seats in both the House and the Senate this Election Day. The GOP needs six more seats in the Senate to take control of the chamber for the first time since 2006.

McConnell is projected to win even though exit polls show that 52 percent of voters have an unfavorable opinion of the GOP leader.

Before defeating Grimes, McConnell had to fend off a primary challenge from tea party-aligned businessman Matt Bevin. In a year in which voters are unhappy with Washington leaders -- both congressional Republicans as well as President Obama -- McConnell's longtime service and leadership in the Senate at times appeared to be more of a liability than an asset.

Grimes was considered a strong contender to go up against McConnell in the deep-red state. The 35-year-old has family ties to the state Democratic establishment, and she beat the odds by winning her job as Kentucky secretary of state.

Grimes championed some Democratic Party issues like raising the minimum wage and allied herself with Bill and Hillary Clinton. However, she broke with the Democratic Party in areas like coal regulation and went to great lengths to distancing herself from President Obama.

Still, the McConnell campaign took every opportunity to tie Grimes to the president, and a large portion of the electorate -- 40 percent -- said Grimes was too liberal.

As many as 69 percent of voters said that the nation is on the wrong track, exit polls show, and McConnell managed to win 64 percent of those voters.

McConnell managed to win strong support from white men (61 percent to 36 percent for Grimes) and managed to win a one-point advantage (49 percent to 48 percent) among white women as well. Exit polls also showed 51 percent of independents supporting the incumbent senator.