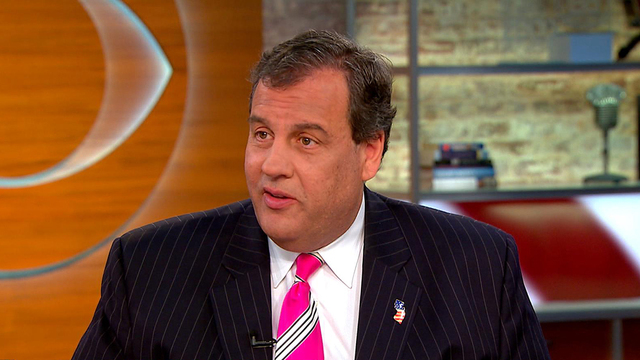 As chairman of the Republican Governors Association, New Jersey Gov. Chris Christie campaigned for most of the GOP winners in the midterm elections.

After traveling to 37 states, Christie said he's proud of the hard work put forth by his party's governors and looks forward to progress in a Republican-controlled Senate.

"We need to get things done ... and put things on the president's desk," Christie said on "CBS This Morning."

He said Senate Majority Leader Harry Reid has "protected" President Obama in the past and insisted that's something Senate Minority Leader Mitch McConnell will change when the Republicans take over in January.

"Any of the real tough issues have never made it to the president's desk because they went to the Senate to die," Christie said, "and I think that won't happen now."

Among Christie's expectations include tax reform and a national energy policy.

Of all the results this election, Christie was most impressed by Maine's re-election of Gov. Paul LePage.

"Paul LePage is just one of the most decent, honorable people I've ever met -- wears his heart on his sleeve, loves his state, has an amazing personal story," he said.

Christie also spoke about his recent spar with a heckling protester.

"Fact is, I'm never going to apologize for being who I am," he said. "And if somebody stands up for two minutes holding up a sign, yelling over me, they're eventually going to be calm or I'm going to say, 'OK, you want to give it? You're going to get it.'"

Looking to the future, Christie applauded the 24 percent of respondents who said in the CBS News exit poll that he would make a good president. But he insisted that's not on his radar right now.