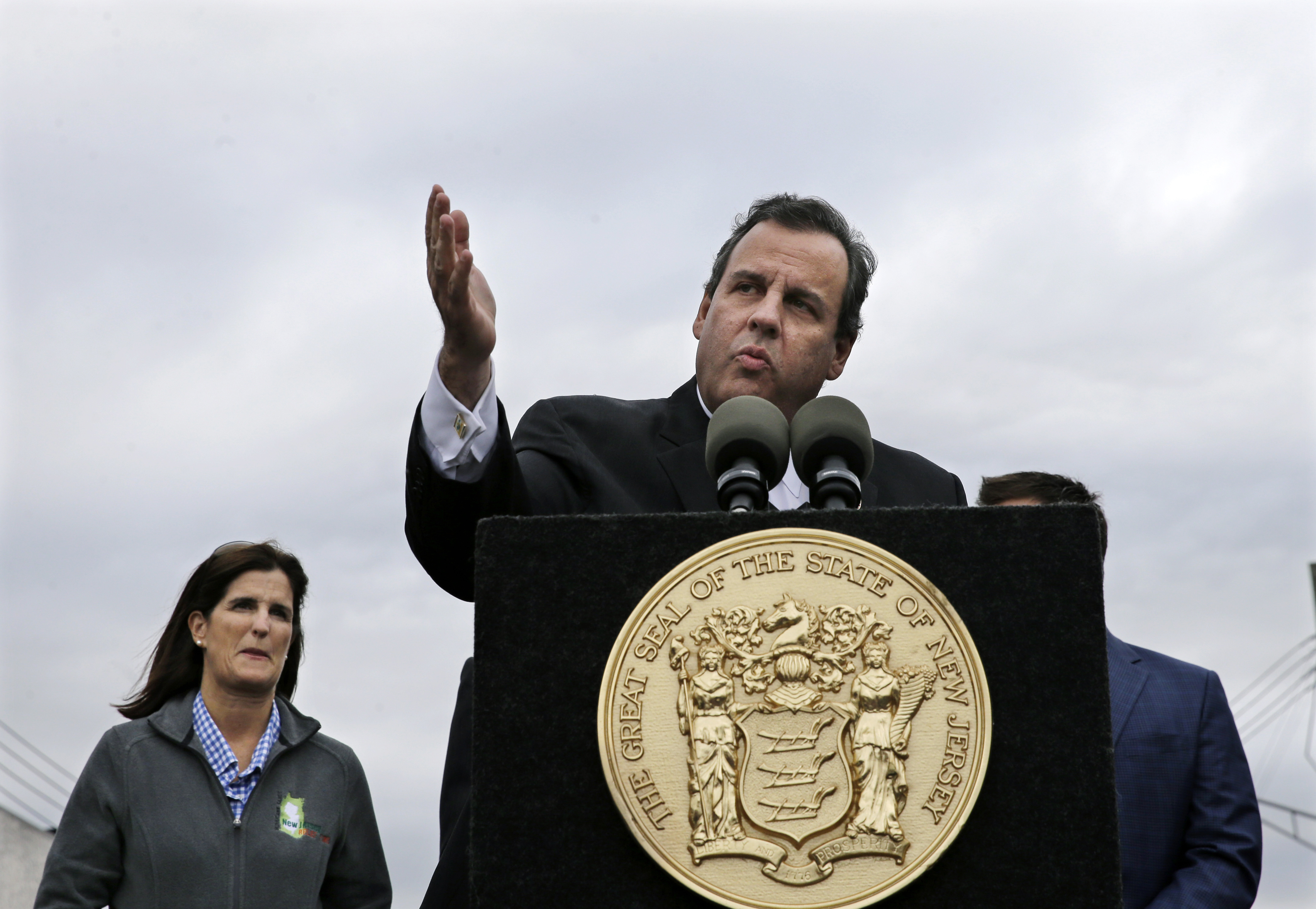 On the two-year anniversary of Superstorm Sandy, New Jersey Gov. Chris Christie found himself in a familiar spot Wednesday.

He went to the Jersey Shore and got into a shouting match with a protester, a former New Jersey councilman, CBS News' Jan Crawford reports.

The former councilman was there to criticize the pace of the restoration after the storm, and Christie let him have it.

"I'd be more than happy to have a debate with you anytime you like, guy, because somebody like you who doesn't know a damn thing about what you're talking about except to stand up and show off when the cameras are here," Christie said. "I've been here when the cameras aren't here, buddy, and done the work."

The governor, with support from others in the crowd, tried to move on. But when the protester wouldn't relent, Christie really let him have it.

"So listen, you want to have the conversation later, I'm happy to have it, buddy, but until that time, sit down and shut up," he said.

Sandy left behind an estimated 365,000 damaged or destroyed homes in New Jersey.

And very little of the $1.8 billion set aside in a state-run reconstruction program has been handed out.

"Only about just shy of $300 million in two years' time has made its way to those affected families, so if people are heckling, you can sort of understand why they might be," Newark Star-Ledger political writer Claude Brodesser-Akner said.

As he was being escorted from the event, the heckler asked Christie to dinner.

Perhaps that's because Christie's calendar has been full lately.

As chairman of the Republican Governors Association, Christie has had a dizzying stretch of travel leading up to next week's midterm elections.

This week, Christie has been peppered with questions over his response to a nurse quarantined after working with Ebola patients in West Africa.

"With access to her cell phone, access to the Internet and takeout food from some of the best restaurants in Newark," he said Tuesday. "She was doin' just fine."

Kaci Hickox is threatening a lawsuit against the Garden State.

"Whatever," Christie responded to reporters. "Get in line. I've been sued lots of times before. Get in line."

Christie has never shied away from a verbal sparring match and prides himself on his ability to be both brash and compassionate, as he told "CBS This Morning" co-host Gayle King in a recent interview.

"And you know what, those people deserved to have their heads taken off," he said. "And I'll still do that when I need to. But I don't just have one club in the bag, for the golfers who are watchin' this, OK?"

He said it's the job that sometimes has him acting that way.

With this heckler, some say Christie's not going to be able to shut him up so easily because he's a former pro soccer player and he helped a lot with the cleanup effort after Sandy.

The heckler said he's an independent, but a reporter asked him if he would vote for Christie for president, and he paused and said, "No."

Jobless Americans on why they're unemployed