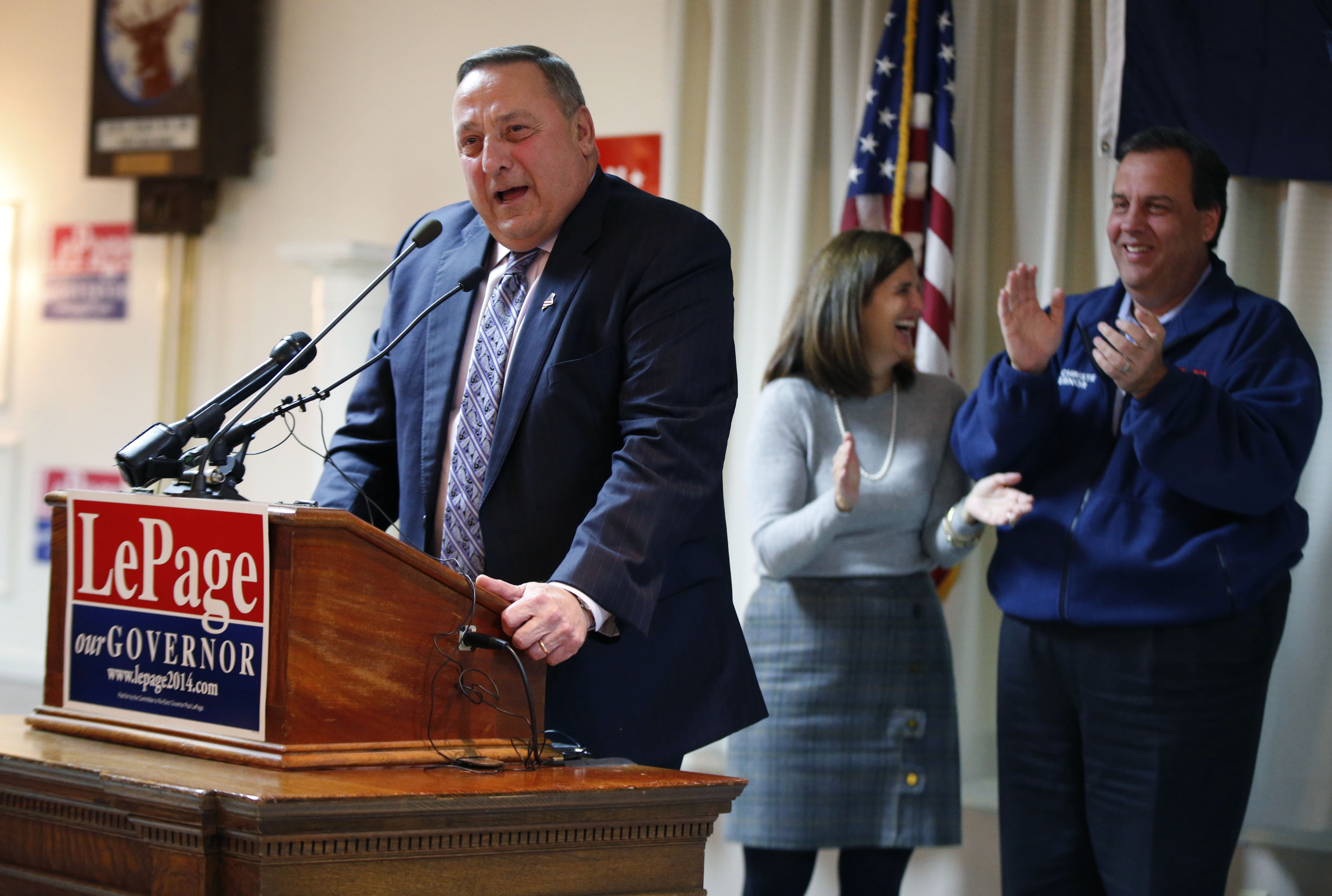 LePage was one of several GOP governors across the country up for reelection. He was locked in a tight three-way race against Michaud and independent Eliot Cutler.

Cutler had an outsized presence in the race, drawing 7 percent of the vote in the last CBS News/New York Times Battleground Tracker. On Wednesday, Maine's independent senator, Angus King, switched his endorsement from Cutler to Michaud after polls indicated that Cutler was siphoning away Democratic votes. King caucuses with the Democrats in the Senate.

"Eliot Cutler is a fine man who would make a good governor of our state," King said. "But, like Eliot, I too am a realist. After many months considering the issues and getting to know the candidates, it is clear that the voters of Maine are not prepared to elect Eliot in 2014."

Cutler did not drop out of the race but said that his supporters should feel free to vote for either the Democrat or Republican because it was clear he would not win.

Michaud was also one of the few candidates who appeared with President Obama, who won Maine in 2012 by a margin of 56 percent to 41 percent.