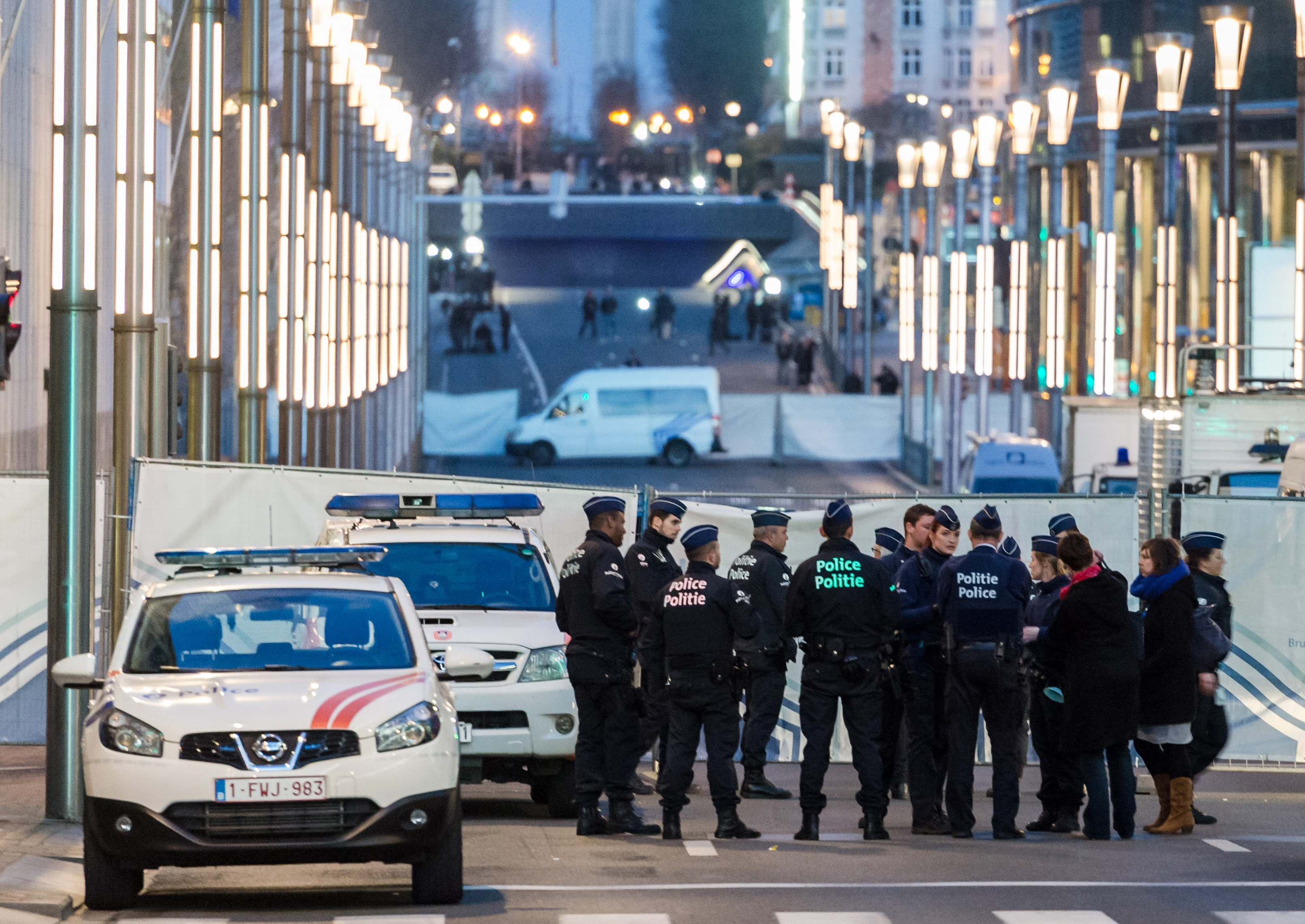 BRUSSELS -- Two men have been charged with offenses related to theBrussels bombings, and three others have been detained in Brussels in connection to the Paris attacks, Belgian authorities said Tuesday.

The Belgian Federal Prosecutor's Office said the two who have been charged, identified only as Smail F. and Ibrahim F., were involved in renting an apartment in the Etterbeek area of Brussels that served as a hideout for the bomber who attacked the Brussels subway on March 22 as well as a suspected accomplice.

It said the detention of the three related to the Paris attacks followed a morning search in Uccle, an upscale district of the Belgian capital. A judge will decide Wednesday whether the three people should remain in custody, it said. It said no further information would be made public about the search.

Brussels was home to many of the attackers who struck the French capital Nov. 13, killing 130 victims. According to Belgian and French investigators, the same cell was behind the March 22 suicide bombings that killed 32 victims at the Brussels Airport and in the Brussels subway.

A total of six people are currently under arrest in Belgium and charged with involvement in the Brussels attacks, including the two charged Tuesday, federal magistrate Thierry Werts said.

At least eight people, including key suspect Salah Abdeslam, are also being held by Belgian authorities on charges related to the Paris attacks, he said. Responsibility for both acts of carnage was claimed by the Islamic State of Iraq and Syria (ISIS).

Authorities have released a new image that reportedly shows Abdeslam in prison.

Belgian authorities agreed last month that Abdeslam, can be extradited to France where he has promised to cooperate in the investigation into the attacks.

After his four-month flight from the law ended on March 18, Abdeslam officially confirmed that he will not fight his transfer back to Paris.

"The transfer is authorized," a statement from the state prosecutor's office said. Abdeslam's lawyer, Cedric Moisse, said that is client "would like to cooperate with the French authorities. This is his will and this is the word he wants everybody to hear."

Werts declined to provide additional details, but state-run RTBF broadcasting, citing information from unspecified sources, reported the two suspects were brothers, and that the older sibling had rented the apartment on the Rue des Casernes, while the younger brother helped empty and clean it following the attacks.

Belgian police searched the Etterbeek apartment Saturday but found no weapons or explosives.

The statement from prosecutors said the investigation "is continuing actively day and night."