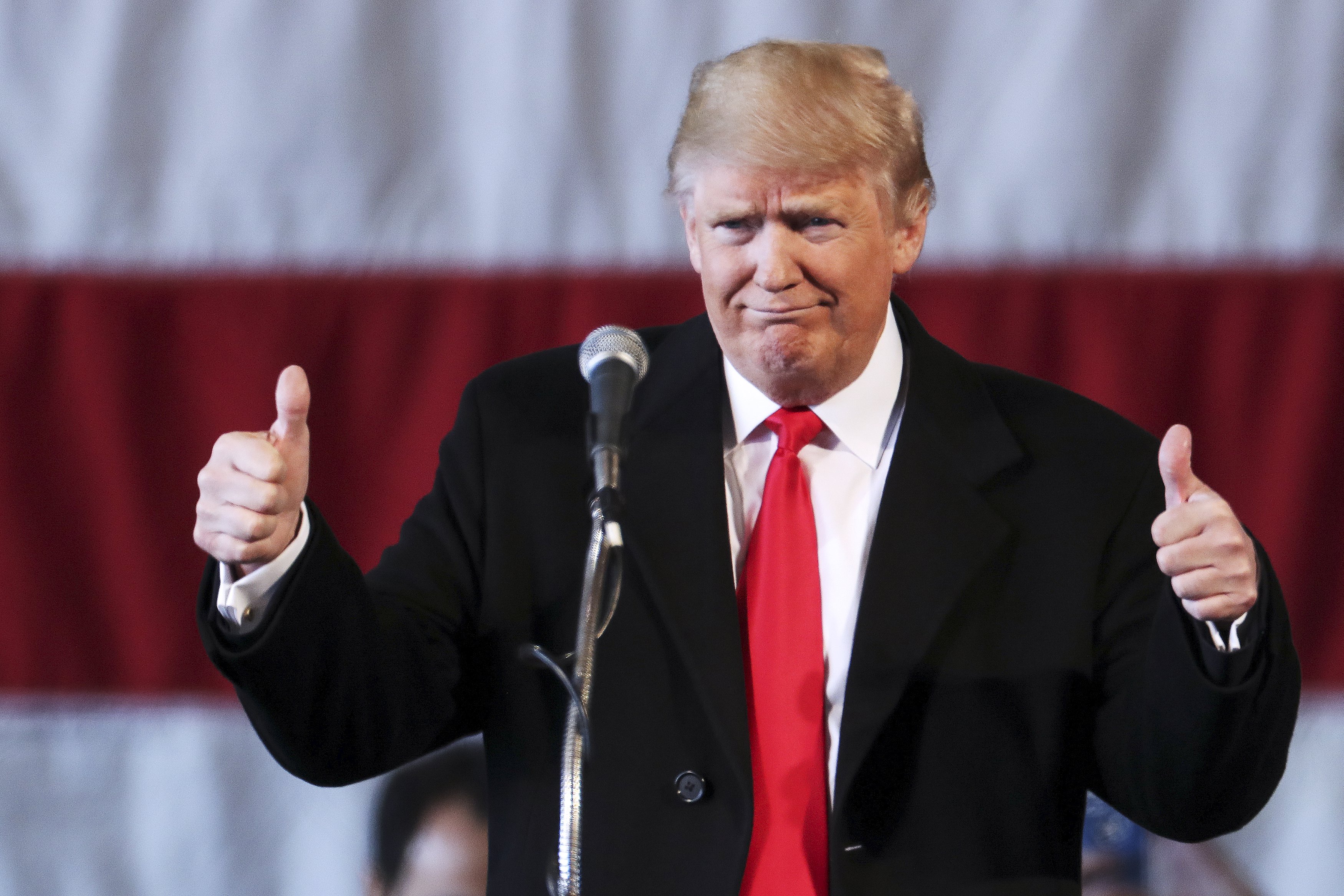 On Thursday, Donald Trump tweeted a photo of himself with a Trump Tower taco bowl, wishing his followers a "Happy #CincoDeMayo!" and declaring "I love Hispanics!"

The taco bowl photo subsequently broke the Twittersphere -- Trump Tower Grill trended. It looked a little something like this:

Others didn't focus so much on the bowl as they did on Trump's desk spread:

More than a few Twitter users observed that the taco bowl was an apt choice for Trump, given its wall-like features. Trump often talks about building a wall around the southern U.S. border and forcing Mexico to pay for it:

And then there was Hillary Clinton's own sober response.