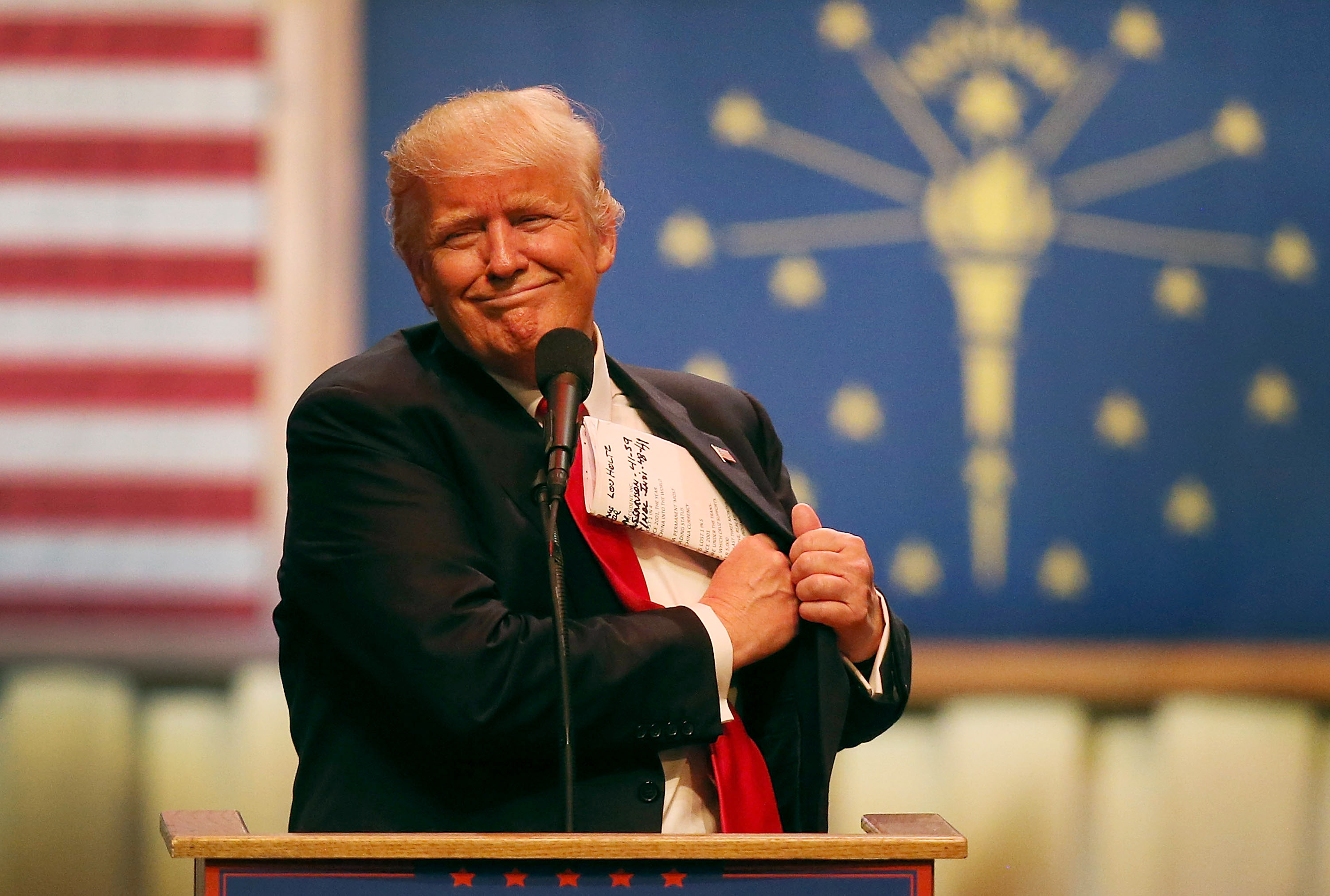 Donald Trump is celebrating #CincoDeMayo by declaring his love for Hispanics and noshing on a taco bowl.

The taco bowl pictured is presumably from Trump Tower Grill, though the restaurant's menu does not list the dish online. A "taco fiesta!" is, however, listed on the Trump Tower Café's "On-the-Go" menu for $13.50 as a Cinco De Mayo special. The dish includes "Ground sautéed beef with jalapeños, onions, tomatoes, and chili spices" that is served "in a taco shell topped with lettuce and cheddar cheese."

May 5, Cinco De Mayo, is a holiday honoring the Mexican Army's defeat of French forces at the Battle of Puebla in 1862.

Trump, who has called illegal immigrants "rapists" and charged Mexico with sending criminals over the southern U.S. border, is the Republican party's presumptive presidential nominee.