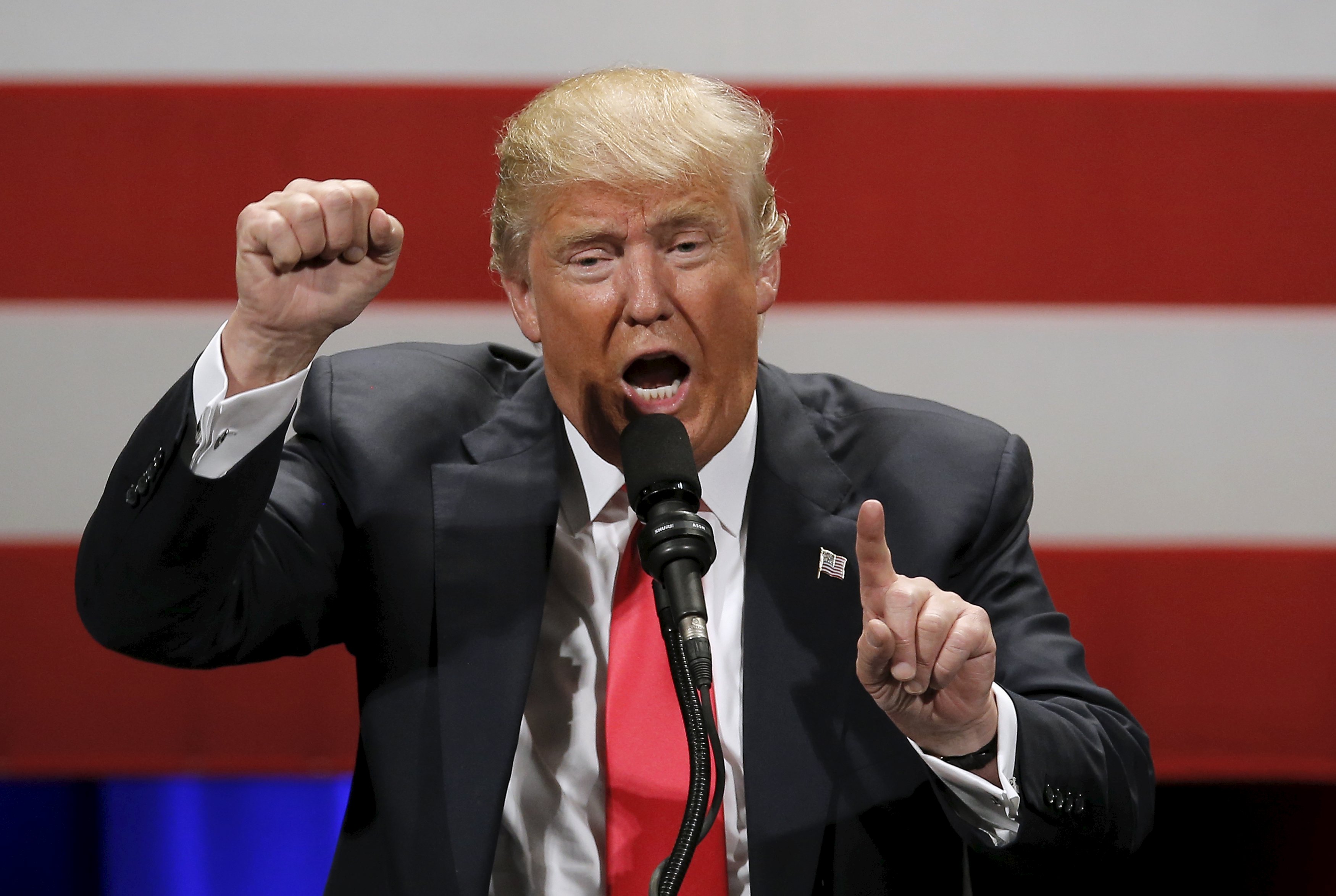 Donald Trump's campaign released a memo on Tuesday that said it would force Mexico to pay for a border wall by threatening to cut off billions of dollars in money transfers that Mexicans who are living in the U.S. send home.

"Mexico currently receive $24 billion in remittance payments annually from the United States. This provides substantial leverage for the United States to obtain from Mexico the funds necessary to pay for a border wall," his campaign said in a statement.

If elected president, the memo explains, Trump would threaten to change a rule under the Patriot Act to cut off some of the money Mexico receives through wire transfers. The memo said the majority of the $24 billion a year "comes from illegal aliens" that they send back to their families.

But if Mexico agrees to make a one-time payment for the border wall, Trump's campaign said he wouldn't move forward with the rule change.

"It's an easy decision for Mexico: make a one-time payment of $5-10 billion to ensure that $24 billion continues to flow into their country year after year," the memo says.

The Mexican central bank said Mexicans living abroad sent nearly $25 billion home to their families last year, according to The Washington Post. But a Government Accountability Office report from earlier this year found that it's difficult to track how much money Mexicans living illegally in the U.S. send home versus those who live here legally.

Trump regularly tells voters he'll make Mexico pay for the wall, but this memo has more detail than he has ever offered on how he'd actually do it. The memo even has a brief timeline: on day one, he'd announce the proposed rule change to the Patriot Act; on day two, Mexico "will immediately protest;" and on day three, Trump would tell Mexico that if it pays for the wall, he won't make the rule change.

Trump's memo also claims that the U.S. has leverage through business and tourist visas "for important people in the Mexican economy" and the U.S. could increase visa fees, such as on border crossing cards, to finance the wall.

Since last year, the GOP presidential frontrunner has insisted that he would make Mexico pay for the wall along the U.S.'s southern border. This isn't the first time Trump has released a memo on his make-Mexico-pay plan, but the idea of amending the Patriot Act to cut off remittance payments and canceling visas is new.

Mexico's government, meanwhile, has made it clear that it wouldn't pay for the wall Trump is proposing. A spokesman for Mexican President Enrique Pena Nieto told Bloomberg last August that Trump's plan "reflects an enormous ignorance for what Mexico represents and also the irresponsibility of the candidate who's saying it." Last month, Mexican Treasury Secretary Luis Videgaray said Mexico "emphatically and categorically" won't pay for it.