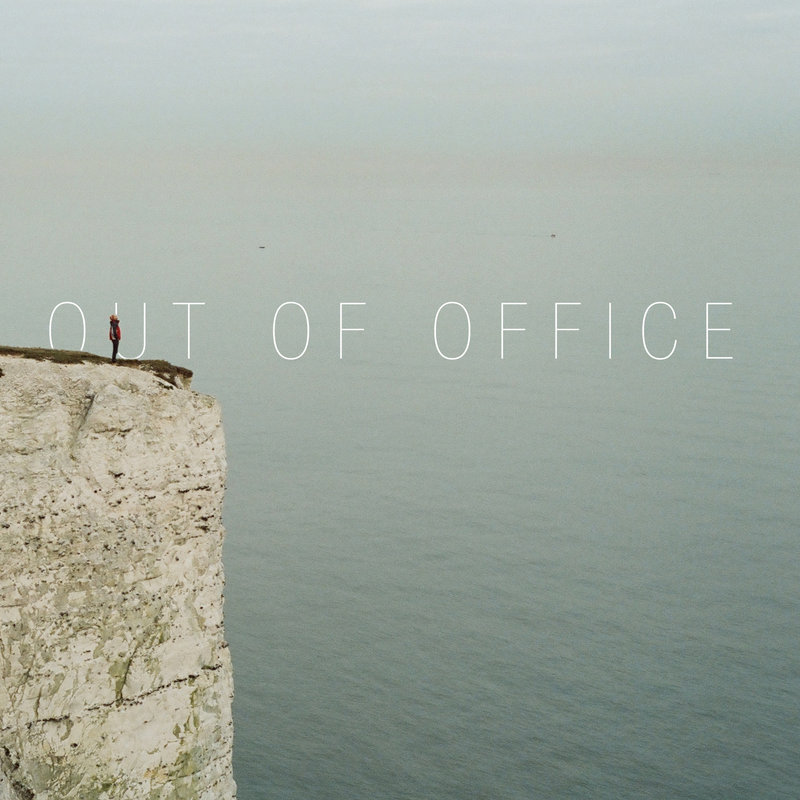 This year, Americans failed to take more than half a billion vacation days they had owed to them. Which is insane. With that in mind, we've scoured the globe for the furthest-flung destinations that're totally worth the trip. If there's one balance in your world that should be zero, it's the days you're paid to be far from your desk. Enjoy! 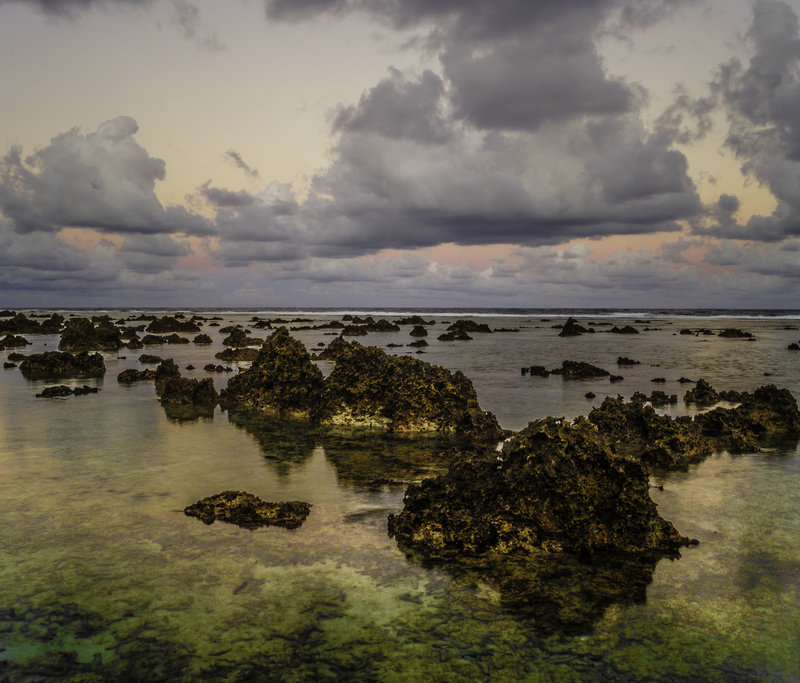 The Republic of Nauru
Once part of the German Empire (wha?), Nauru's the world’s smallest island nation, with a population of just under 10,000. It’s also the least visited country in the world, which is mind-boggling, since this Micronesian island stunner used to go by the very tourist-friendly name of Pleasant Island.
How to get there: First, fly to Brisbane, Australia. Then, get comfortable until the once-weekly (/when they feel like it) Our Airline (awwww) flies into Nauru International Airport… with a stopover on the way in the Solomon Islands. Finally, hitch a ride, 'cuz there’s no public transport and quite possibly only one registered cab. 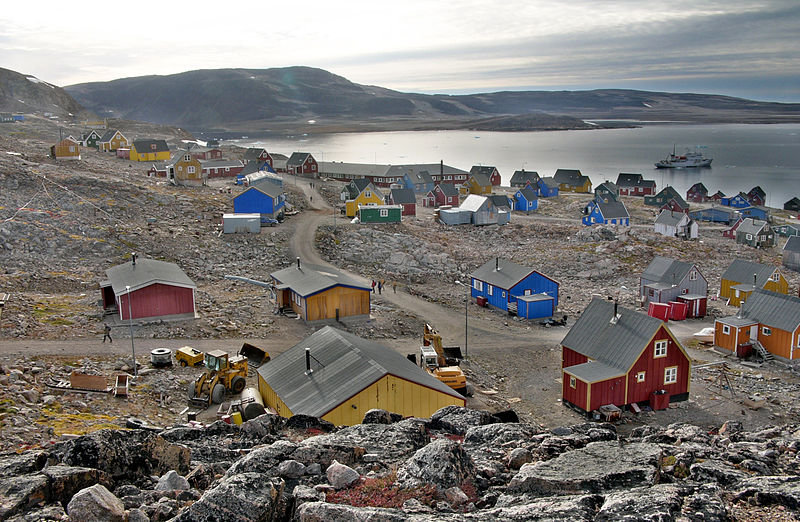 Ittoqqortoormiit, Greenland
Ittoqqortoormiit (try saying that three times fast at all) means “Big-House Dwellers”, though you might be disappointed by the size of said abodes. What you will find are some pretty fantastic fjords -- the world's longest, in fact. The tiny island -- population 452 -- has everything an outdoorsman’d enjoy for days on end (the 'in my absence please contact' person on your out-of-office's going to hate you): dog sledding, sailing, skiing through June, and polar bear and whale hunting (that’s how the locals make a living).
How to get there: Head to Reykjavik, Iceland’s capital, to connect with the once-weekly charter flight to Constable Point Airport in Greenland. In winter, it’s just another helicopter jaunt to Ittoqqortoormiit, though in the summer boats can navigate the icy waters. 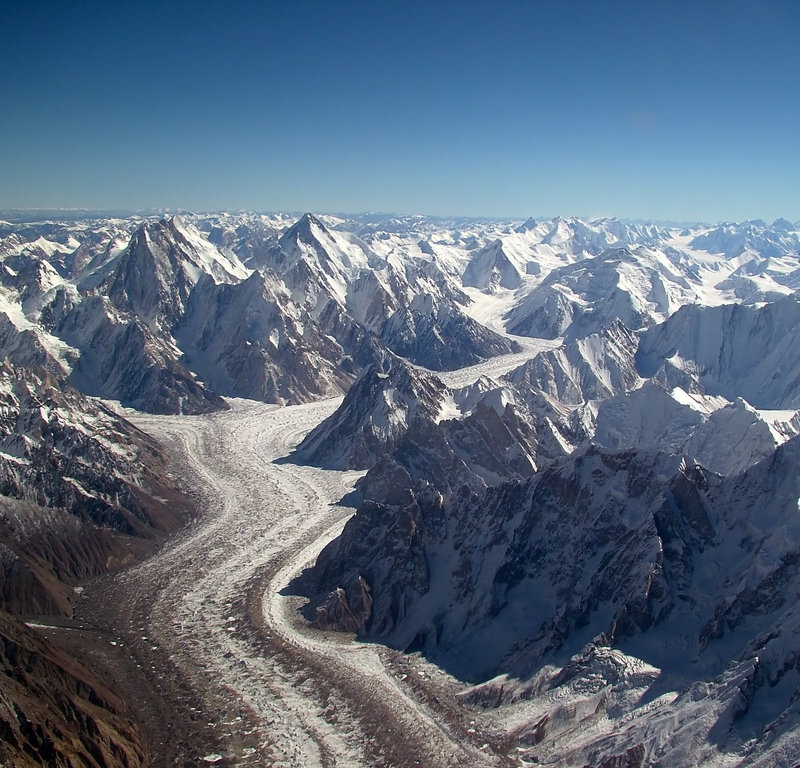 Concordia, Pakistan
Right on the border between Pakistan and China, Concordia -- also called Karakoram in a recent New York Times travel piece -- is the only place in the world where you can see four 26,000+ ft mountains at the same time (there're only 14 in the world).
How to get there: That’s mighty scenic, alright! And there's likely not going to be anyone else spoiling your Instagrams, as it's a ten-day walk to access. After you've already flown to Islamabad, Pakistan’s capital, you'll then driven for three days to Askolie, the last village before Concordia. Still got pep in your step? Climb K2 if you're so inclined. 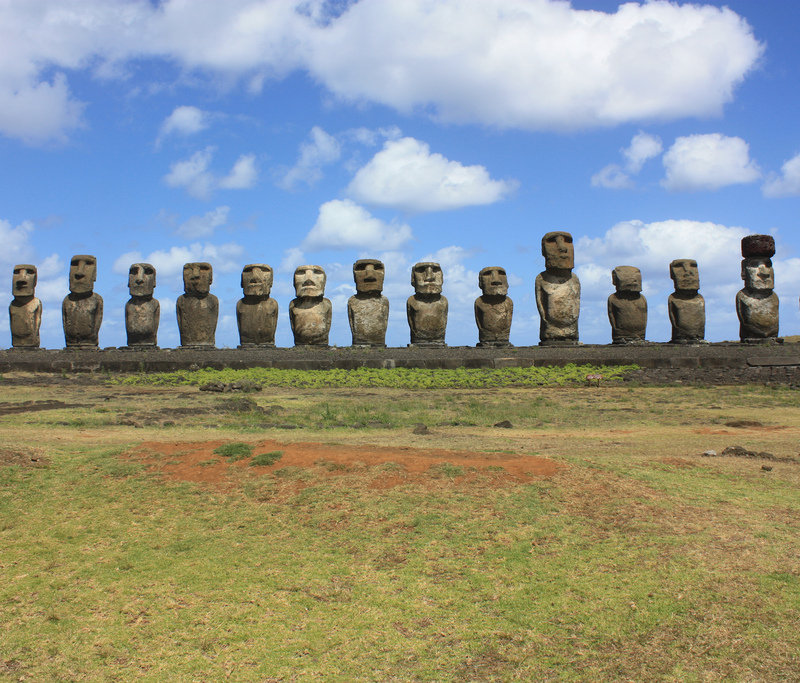 Easter Island, Chile
1,289mi from the closest inhabited island and 2,100mi west of Chile, one of the world’s most famous islands (thanks to its massive moai statues) is also one the most remote. Get yo tan on: temps at this Polynesian paradise are in the 70s and 80s year-round.
How to get here: Fly to Santiago, Chile (or Lima, Peru), then take another flight (of almost six hours) to Easter Island. 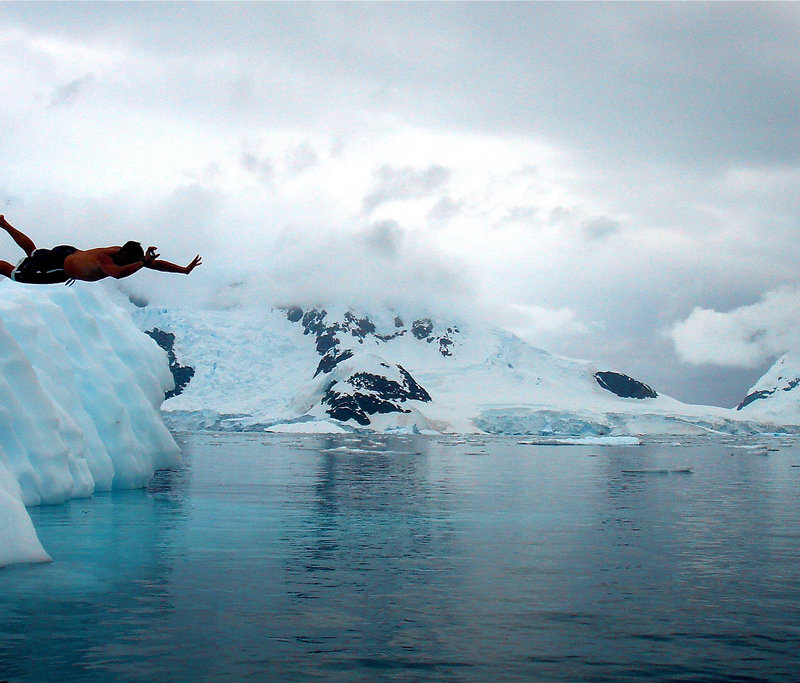 Deception Island, Antarctica
Deception Island (which sounds a lot like a Bond villain’s secret lair) off the Antarctic Peninsula got its name when a plane crashed here after having misjudged the island’s distance -- allegedly it appears normal from above, but is actually entirely hollowed out (it’s a volcano’s caldera). Why visit? Uh, it’s literally at the bottom of the earth (your ten days of PTO'll be gone before you know it), and offers primo wildlife viewing (seals and penguins). You can also take a dip in Pendulum Cove's volcanically-heated waters, and gander at the ruins left by whaling communities.
How to get there: Warm up at a baller penthouse in Buenos Aires, Argentina before your flight to Ushuiaia, a remote Argentine village. There a shuttle will take you to the port, at which point you'll board a ship to take you to Antartica. And then a smaller boat to make it to DI's shores. 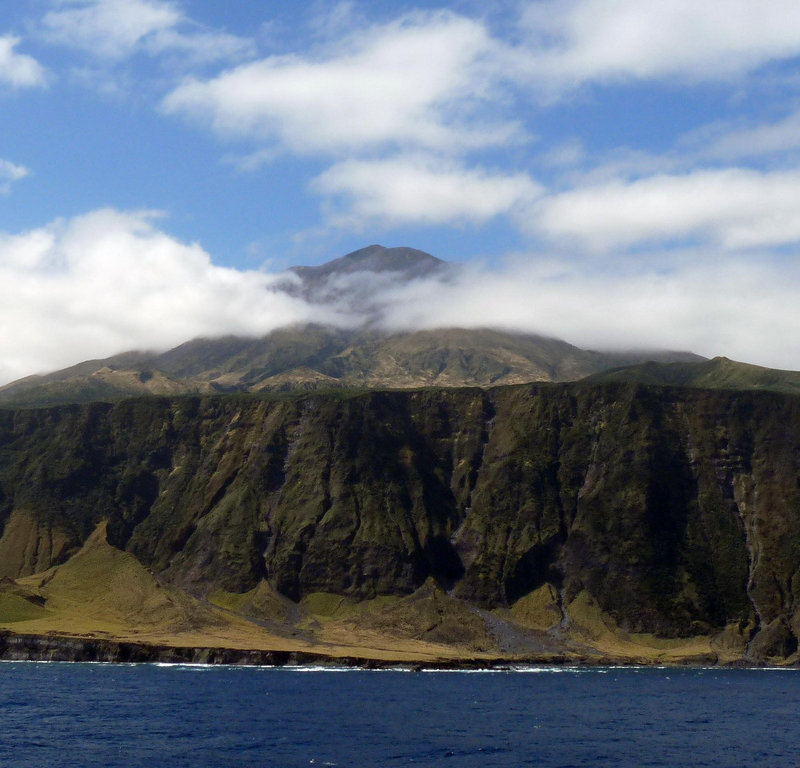 Tristan da Cunha, British Overseas Territory
This island's volcano last erupted in 1961, and the entire population had to evacuate to England -- 6,000mi away, as the crow flies. Today, the island is home to around 270 farmers and craftsmen... and not a whole lot else.
How to get there: This place is so rocky that there’s no way for them to have an airstrip. With South Africa 1,750mi to the east, and South America more than 2,000mi to the west, Tristan da Cunha can only be reached by taking a six-day boat from Cape Town (you may have to call in sick for a week once you're out of vacay days in order to make it home).

Related: Private islands for rent in the US 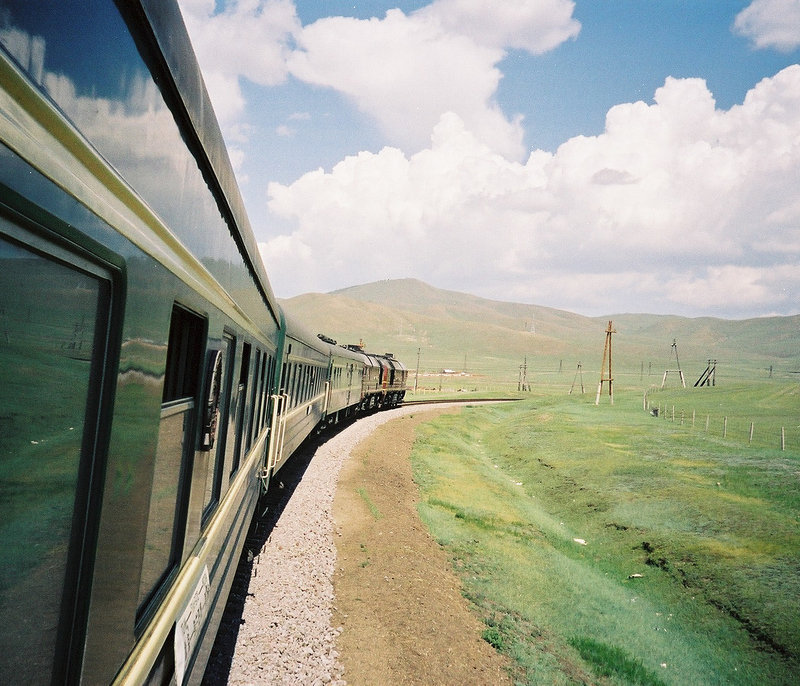 Sakhalin Island, Russia
Pretty close to Japan on a map, and seven time zones from Moscow, this Austrian-sized island in the heart of the Sakhalinskaya Oblast has been Russian-run since WWII. Tenacious travelers will be rewarded, as most of Sakhalin is a wild forest full of bears, 5,000ft mountain tops, epic fishing rivers, islands teeming with seals, and untouched slopes.
How to get there: You could access it from its Japanese neighbor, or you could be adventurous and start in Moscow, then take the Trans-Siberian Railway across the continent to Khabarovsk, a ferry to Komsomolsk, another train to Vanino, another ferry to Sakhalin, and THEN a minibus to your hotel. 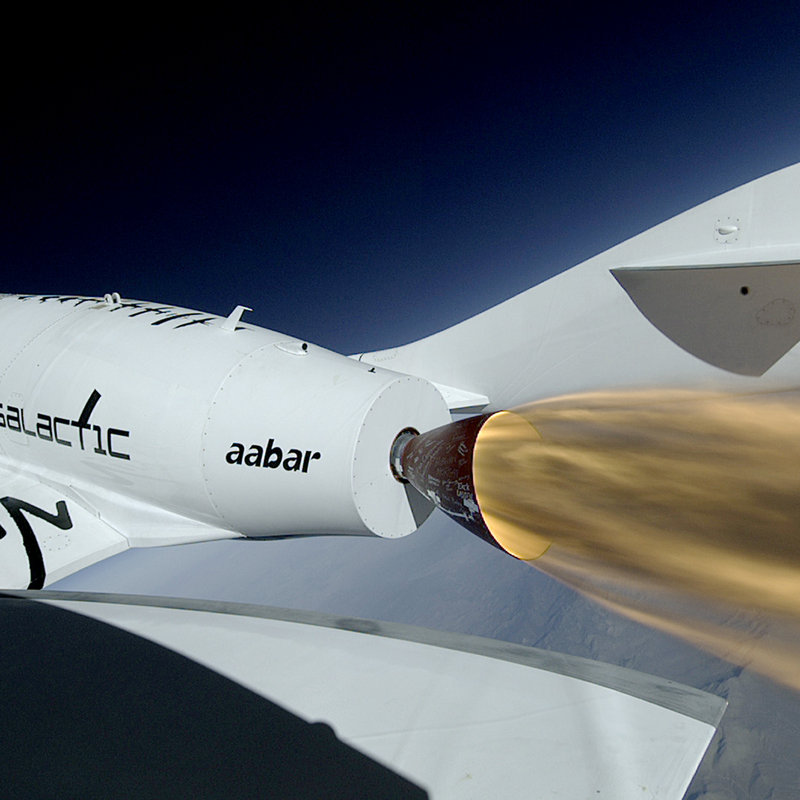 Space
Yep, the most out-of-this-world destination is literally that, and will become available to the non-NASA set next year (allegedly). Richard Branson's Virgin Galactic has been working on commercializing space flights since 2005, and to date 560 people have already shelled out $250,000 for a ticket.
How to get there: First, head to the Mojave Desert in California, where you’ll spend a few days training for your journey. Then prepare to travel 62 miles above the earth's surface at almost 2,500mph. Despite the distance, you can make this trip in a three-day weekend, as you're only in space for a disappointing three hours or so. Alternatively, save the vacation day (and quarter mill) and watch a video shot from the pilot's perspective.