That's not Thom Yorke on the, ahem, "Motion Picture Soundtrack" for How to Disappear Completely. It's the spare, oddly dispassionate beats of Eyedress, which lace Raya Martin's dark and foreboding mystery with an aura of coolness that eventually seems to turn into hypoxia, not unlike what the Tindersticks efforted for Claire Denis's Bastards last year.

The film was, according to its director, intended to be an homage to the American indie horror tradition, but it seems indebted to nothing more than its maker's own skewed psyche. It's not sui generis, but rather extra-generis. This is the sort of movie where the title card, rendered in flaming graffiti font, pops in twenty minutes from the film's end and you don't bat an eye.

The story, such as something so elliptical can be told, involves a young girl who responds to the advent of her pubescence by untethering herself from her parents, her environment, and maybe her sanity? With suggestions of Lynch adapting Alice in Wonderland, the movie doesn't even spend so much as one single shot "on the beam," as the saying goes. From the moment it begins, the glum atmosphere hangs heavy in the air. The cinematography stresses only colors that are devoid of all buoyancy, with only occasional exceptions (such as the child's mother, reading incestuous stories from the Bible). Even the blood that trickles from a terrified man's nose in the eye-catching first sequence appears oily, brackish and scarcely capable of delivering nutrients through a live body. There's something rotten in the Philippines.

So far as the title is concerned, it's not so much that the central character -- the daughter of a pious mother and drunken father -- tries to disappear as it is about the reality that we all essentially do as we reach different stages in life, as we adapt to environments that become both disturbingly familiar and upsettingly remote. Our role in life is forever mutable, and unless we are intimately familiar with the laws of the jungle, that fact alone is enough to tip most of us into a state where even the concrete parameters of existentialism and nihilism seem like a comfort.

The film gradually emerges as a vehicle for more concrete, Haneke-ian notions of debased terror, but even then, it answers very few questions and offers fewer encouragements. And all the while, that bottom-heavy dub-steppy music score plays on.

How To Disappear Completely plays at St. Anthony Main Theater today at 9:45 p.m. with director Raya Martin in attendance. There is also another screening scheduled for April 19 at 9:50 p.m. 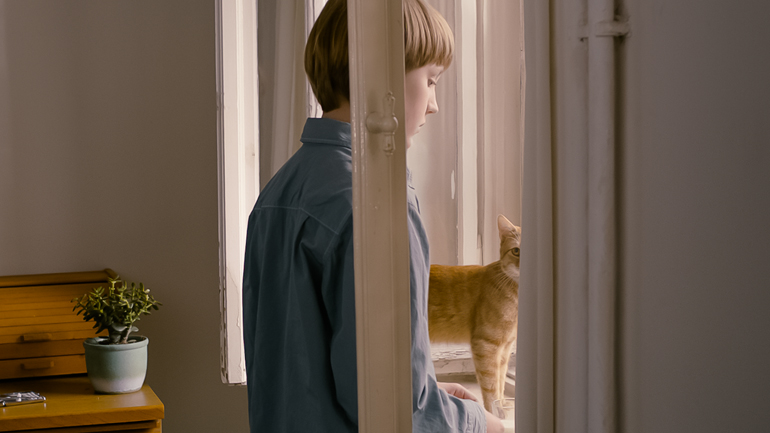 The Great Beauty (Paolo Sorrentino; Italy) It seems a little odd to include a film in this sidebar that's already been released on home video and even those who don't have an interest in international cinema should be aware of thanks to its Oscar win, but hey, another chance to catch a movie this opulently visual on the big screen can't just be shrugged off. (3:30 p.m. in Rochester)

OJ: The Musical (Jeff Rosenberg; U.S.) Well, then. Turns out there's one more item to add to my "I wish I'd thought of that" checklist. With shades of "Springtime for Hitler," OJ: The Musical tells the story of "an eccentric theater artist©" trying to launch a musical about the life and times (and yeah) of Orenthal James. (9 p.m.)

The Strange Little Cat (Ramon Zürcher; Germany) Odds are pretty good I'll get the chance to write more about this one at the end of the year, when I publish my list of the top 10 favorites of 2014. Until then, just make it a point to see it immediately. (7:30 p.m.)