The president is considering extending the Aug. 31 withdrawal deadline to give U.S. forces more time for evacuations. But the Taliban warned any delay would "provoke a reaction."

Six U.S. airlines have been ordered by the government to help evacuate refugees away from processing centers outside the country.

Already, Minnesota has become home to dozens of recent Afghan refugees. According to the Department of Human Services, a total of 65 Afghan refugees may be placed in Minnesota through the end of September. So far, 35 people have already arrived.

As thousands more flee to safety, many remain trapped.

Navid Amini lives in Oakdale, but has family stranded in Kabul.

"I have two aunts living there in Kabul," Amini said. "We've been messaging back and forth with Facebook messenger."

Amini said he's heartbroken because he believes most Afghan civilians will be left behind.

"The message I received was pray for us, that's all we can really do at this time, pray for their safety," he said.

Amini recalls when his own family resettled to America from Kabul in the early 90s.

"I remember it clear as day. I remember the distinct feeling I had getting off the airplane after such a long ride and realizing how clean and bright and spacious everything was here," Amini said

Since the move, Amini has gone back to visit Afghanistan twice.

"I was very surprised by how developed Kabul was, they had malls with escalators, and then really nice homes and shopping centers," he explained. "This situation is reversing the decades of work that have gone into the country, not to mention hundreds of billions of dollars into the infrastructure and security forces."

Shakopee resident Sonia Anunciacion also has been in contact with family members stuck in Afghanistan.

"A lot of them are terrified, they're sobbing, they're crying. They don't know if they'll live another day," said Anunciacion.

Anunciacion began collecting donations including clothes, diapers and money. She's inviting the community to help out by dropping items off at her house. Residents interested in donating can contact Anunciacion through her email at Sonia.sahar@gmail.com. 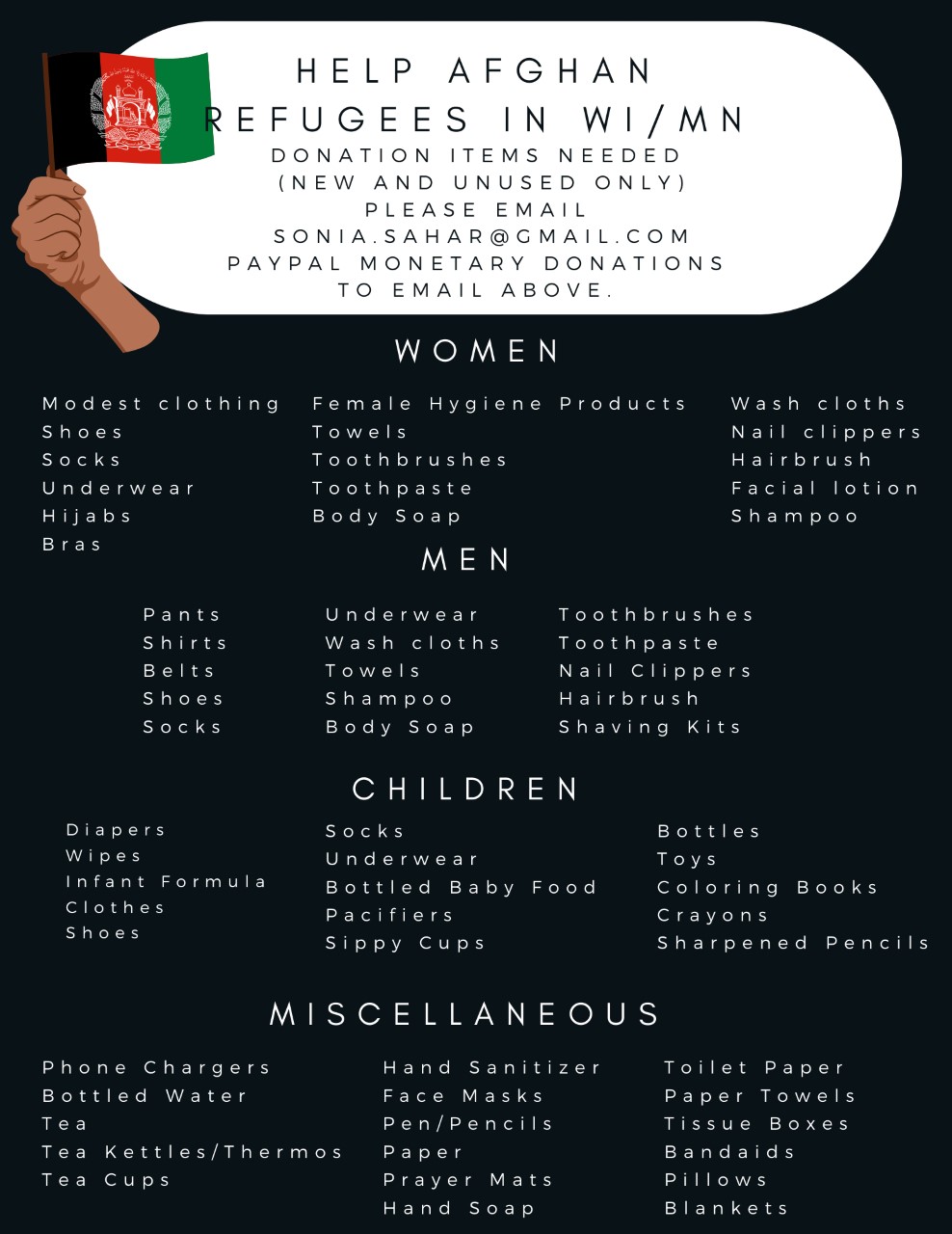 Anunciacion plans to bring the donations to Fort McCoy in Wisconsin, where Afghan refugees are arriving.

"We have an overage of what we need, and I think it's good to share," she said.

As Americans think of the hardships in Afghanistan, Amini reminds everyone to check in on their own neighbors.

"Ask if they have relatives there, maybe send some good wishes or prayers. It means a lot," said Amini.