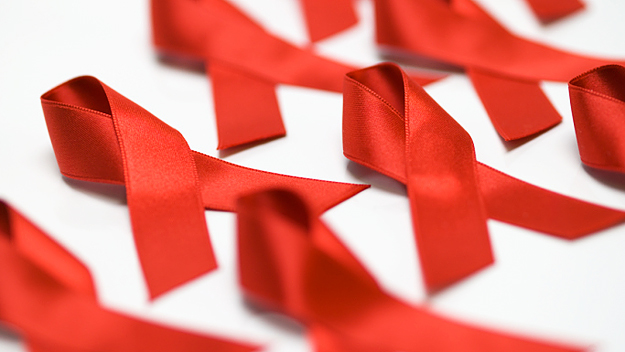 The red ribbon has become an internationally recognized symbol for HIV/AIDS awareness and support for those living with the disease.
(Photo credit: Thinkstock)

More than 1.2 million people within the United States are living with HIV, and of those people, nearly one out of every eight don't even know they have the infection. According to the Centers for Disease Control and Prevention, the number of people living with HIV has been on the rise over the past 10 years.

Prevalence in the U.S.

As prevalent as HIV and AIDS are right now, it's still surprising how little people truly know about the disease -- how it's transmitted and what treatments are available. Medical science has come a long way since HIV and AIDS first began to spread, but it's still a big threat. To date, more than 658,500 people in the United States alone have died from AIDS.

In a recent study by the Florida Department of Health, the state of Florida ranked first nationally in the number of new HIV cases in 2013, and all six of Florida's largest metropolitan areas reported more cases of HIV locally than many states within the country as a whole. Miami specifically reported more cases than all but four other states in the United States.

Globally, number of people living with AIDS on the rise

Of course, HIV and AIDS does not just affect people within the United States. The statistics all over the world are equally as troubling. According to the latest surveys by UNICEF, WHO and UNAIDS, the number of people living with AIDS or HIV globally has continued to climb. The biggest concentration of people living with the disease are in the sub-Saharan region in Africa, with around 69 percent of the total global HIV cases living in that region. The cases in Eastern Europe and Central Asia have tripled in numbers since 2000 and, since the beginning of the epidemic outbreak, almost 30 million people around the world have died from AIDS-related causes. With all of those terrifying statistics in mind, it's crucial to educate yourself, and to learn what HIV and AIDS really are, how you can get it and how to prevent it.

HIV stands for Human Immunodeficiency Virus, meaning it's a virus that only infects human beings. It weakens the immune system and destroys cells that fight disease and infection. HIV is a virus, just like the flu or the common cold. The big difference is that the human immune system isn't able to get rid of this virus, so once a person is infected, he or she has it for life. AIDS stands for Acquired Immuno Deficiency Syndrome, and it's the final stage of the HIV infection. Not everyone who has HIV ends up with AIDS, but those who do have AIDS have a badly damaged immune system and are at a significantly higher risk for opportunistic infections.

Transmission and prevention of HIV

There are only a few ways to contract HIV, so with the proper prevention, you should be able to significantly lower your risks. Sexually, abstinence is the only guaranteed way to prevent HIV as a sexually transmitted disease, but you can also reduce your risk by limiting the number of partners you have, and by consistent and correct condom usage. According to The AIDS Institute, natural and lambskin condoms are not effective in preventing HIV infection, however latex condoms are highly effective. Ideally, the best prevention is knowledge. Know your partner, know his or her sexual history and get tested to ensure you are both safe. Intravenous drug users are at high risk of contracting the virus due to sharing needles. Learn more about HIV transmission from the CDC.

Exposure to HIV and symptoms

If you think you've been exposed to HIV, get tested immediately and be on the lookout for a few symptoms. Within two to four weeks many (but not all) people who have HIV will experience flu-like symptoms including fever, swollen glands, sore throat, rash, headache, fatigue and muscle pain, according to AIDS.gov. However, many people with the virus don't look or feel sick at all. In fact, many times, they only feel sick when the disease has progressed to AIDS. The unpredictability of HIV is why it's so important to get tested as soon as you think you may have been exposed, because early treatment can be very effective in preventing AIDS.

If you do find out that you've contracted HIV, and you've been lucky enough to catch it early, then you'll likely begin a treatment that is called antiretroviral therapy, also known as ART. ART isn't a complete cure, but it does help to control the HIV virus by preventing HIV from multiplying in your system, keeping the number of viruses low, while giving your body a fighting chance to recover from other infections. While HIV will always in be in the body, ART helps to keep the immune system stronger to fight back against it.

These days, thanks to ART and other medical advancements, people are able to manage HIV and live quite well. Of course, living with HIV means you'll do things differently. You'll see a doctor more often and you'll have to be careful with your diet, for example. And there are regular, various medications that need to be taken, many with strong side affects. The best thing you can do for yourself and for your loved ones is to take all the necessary precautions, and to arm yourself with the knowledge and tools needed to prevent HIV and AIDS. And know that if you do become infected, there are many effective treatments to keep the disease suppressed.