MIAMI (CBSMiami) – A spokesperson for Rep. Frederica Wilson says the threats against the congresswoman have intensified.

The threats first started after Wilson called President Donald Trump "insensitive" for reportedly telling Army Sgt. La David Johnson's wife, Myeshia, "he knew what he was getting into."

The congresswoman's staff immediately alerted Capitol Police, Miami Garden Police and the threat division of the U.S. House of Representatives. 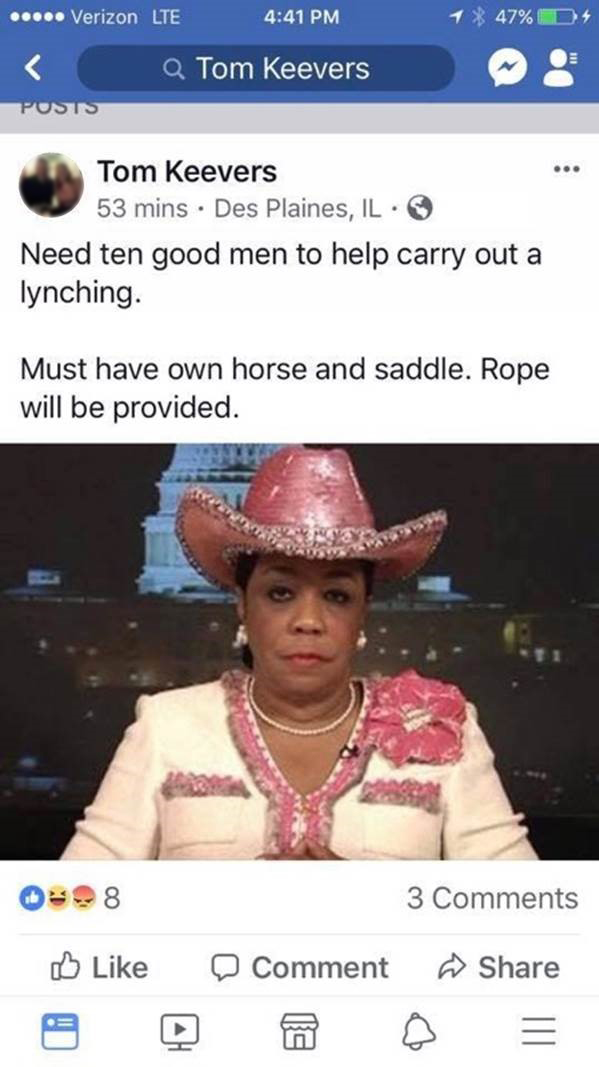 On Friday, Capitol Police were made aware of racially-charged threat from a "Tom Keevers" on Facebook.

Keevers wrote on a Facebook post: "Need ten good men to help carry out a lynching. Must have own horse and saddle. Rope will be provided."

Wilson's office said Capitol Police coordinated with the police where he lives, possibly Chicago, and went to his house Friday.

Homeland Security has joined in on the investigation into the threatening calls that have come into her Miami and D.C. offices.

Staffers said calls got so bad that constituents couldn't get through. Most of the calls came from out of state and so they were believed not to be her constituents.

They added that the calls into the D.C. office were so overwhelming they couldn't answer the phones fast enough and voicemail kicked in – and even had to turn off the phones for a period of time.

Calls have apparently reached the thousands over this past 72 hours. There are also faxes that have been turned over to investigators.

Wilson's rep wanted to stress that the congresswoman is fine, focusing on the family of Sgt. Johnson and seeking answers into what happened in Niger.