SANTA ANA (CBSLA) -- Around 400 protestors gathered in Santa Ana on Saturday night to protest the deadly arrest of George Floyd in Minneapolis on Monday.

For complete coverage of the situation in Minneapolis visit CBSMinnesota.com and stream CBSN Minnesota. 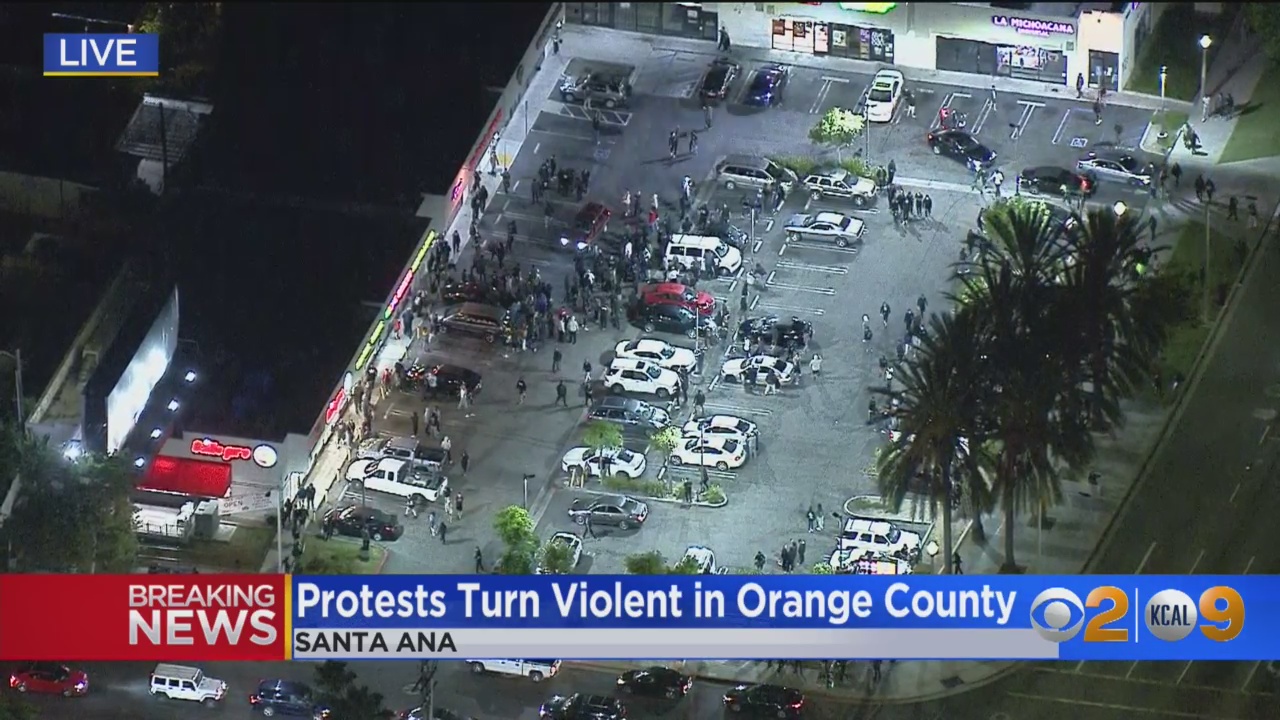 Some threw mortars, rocks, and bottles at officers, who deployed tear gas in response.

The demonstration began at around 8 p.m. at McFadden Avenue and Bristol Street, according to authorities. Officers were at the site of the protest to monitor, but were not making arrests.

However, they did remove protestors from the front steps of the Santa Ana police department on Boyd Way.

BREAKING: Santa Ana police have pushed about 100 protestors from the front steps of the PD on Boyd Way @cbsla #cbsla #santaana #protest https://t.co/B0i1xF96NP

Eventually, the crowd dispersed to various locations around the city. Santa Ana PD Corporal Anthony Bertagna said a few arrests were made, though an exact number was not immediately available.

One O.C. Sheriff's deputy has been injured and transported to the hospital, Bertagna said.

By 9 p.m., Orange County law enforcement had declared an unlawful assembly and a "Code Checkmate Charlie," meaning law enforcement resources from all other O.C. cities are being requested for assistance in Santa Ana.

Tear gas has been fired by Santa Ana police at Bristol Street and McFadden where hundreds of protesters have assembled. Pic from witness. "Checkmate Charlie" call out for all OC law enforcement to help. No injuries or looting reported @cbsla #cbsla #protest pic.twitter.com/mVdkZFuOxw

Authorities said protest organizers did not have a permit or agree to follow demonstration rules, but the Santa Ana PD found out about the action in advance through social media.

Saturday night marks the first night of unrest in Santa Ana, following several days of demonstrations in Los Angeles and around the country.

"We're prepared for whatever comes to the city," Bertagna said. "Our main goal is, if people come here to protest in a peaceful manner, we're here to help them do that. When they take over intersections, throw bottles and rocks at the officers...then it becomes an enforcement issue."