DEL REY (CBSLA) - Residents of a Del Rey neighborhood say they are living in constant fear of fires being set not far from their homes in a homeless encampment along the 90 Freeway.

"The other night, our neighbors down the block had, like, a raging inferno behind their house," said Del Rey resident Colin Ryan.

Ryan has been documenting just how often and how close the fires get to people's properties in his Alberta Street neighborhood.

"In the last three or four months, it's been almost every week," Stina Badour, who lives in the same neighborhood, said. "They come and they put the fire out and then they leave, and then two days later, it's another fire."

The residents' backyards are a front row seat to a dangerous show of fires at the homeless encampment just feet away, across the creek, below the 90 Freeway.

"It's not that they live there. It's not that they're homeless. We understand that they have nowhere to go. The main issue is they are a constant danger to our neighborhood and we keep calling and it just continues to happen. It's a cycle over and over again," Ryan said.

His concern is shared by many residents across the city. This summer, the Los Angeles Fire Department release data showing the number of fires involving the homeless 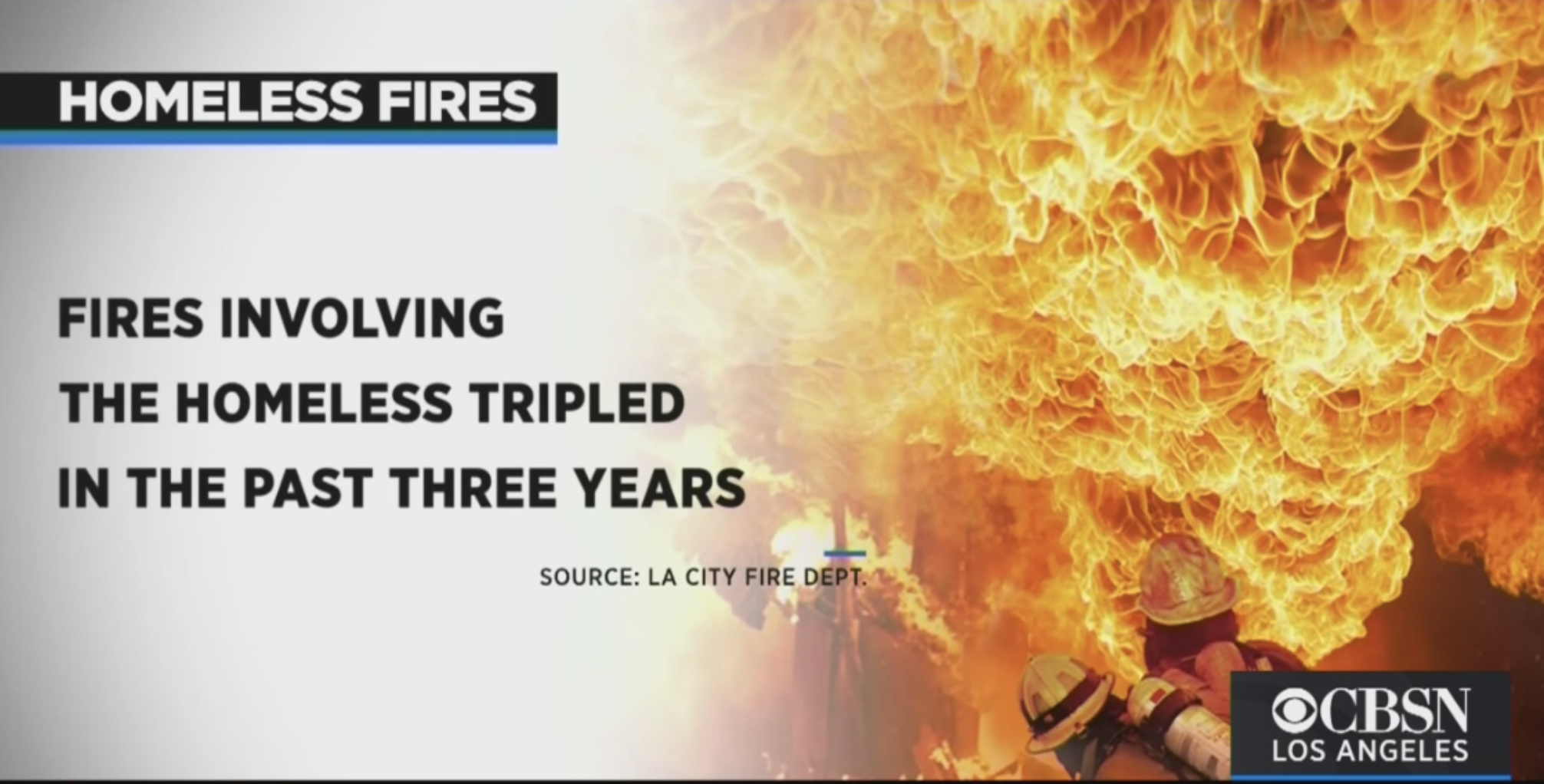 tripled in the past three years.

Ryan said firefighters and California Highway Patrol are quick to respond, but he's looking for a longer term solution.

"We know these people don't have anywhere to go and that's ultimately the issue here, but you know it's this balance of trying to protect your neighbors, your own neighborhood, your own property, and make sure they're safe as well," Ryan said.

Homeless advocate Mel Tillekeratne says the long term solution is supportive housing, which homeowners need to get behind, but often don't.

"...do you want to say no and have an encampment on your street where you don't know who lives there, you don't know what's going on there and where the fires are a threat to your household?" Tillekeratne said.

According to Tillekeratne, as long as there are encampments, there will be risks for the housed and unhoused.

For its part, LAFD does teach fire safety in the encampments where people often use fire for cooking and to stay warm.