Clinton was in town to help boost the campaigns of gubernatorial Democratic candidate Mark Schauer and support the campaign of Gary Peters verses Terry Lynn Land for State Senate.

Frank Colasonti, Jr. of Birmingham doesn't hold back his enthusiasm and support for Clinton.

"I love her," he stated. "So, I don't about these other people. I don't care, I think she's dynamic, she's intelligent and she's compassionate, she's everything I want in a politician." 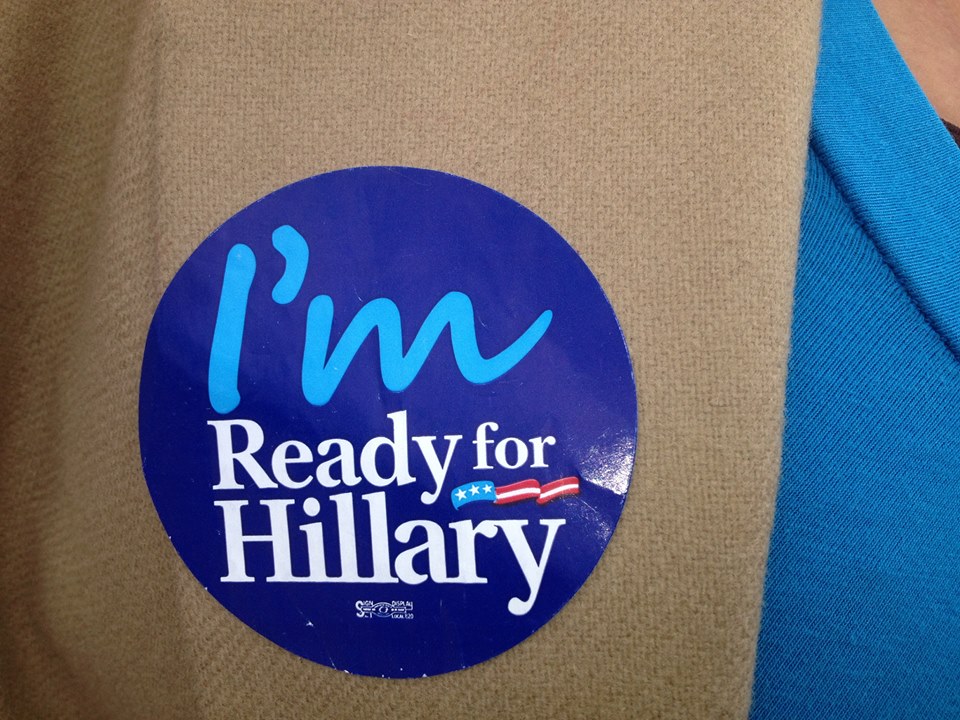 "I think it will help," said Colasonti."It will fire up the base and I'm sure there are independents here - I'm sure there are moderate Republicans here too and that will get people out to vote in November and that's what we need."

There were also a handful of protesters on hand for the Clinton visit.

Michael Banerian is the Vice President of the College of Republicans at Oakland University and said he's not pleased with President Obama's handling of the Ebola crisis.

Amy/Maime Knowle drove from Lincoln Park. "It's really exciting to have quite this important and significant here - especially during this race," said Knowle.

Protesters throwing out the 'L' word and supporters embraced the liberal chant.

"I think I like that she is a true liberal," said Nolls. "Someone who is really looking out for other people."