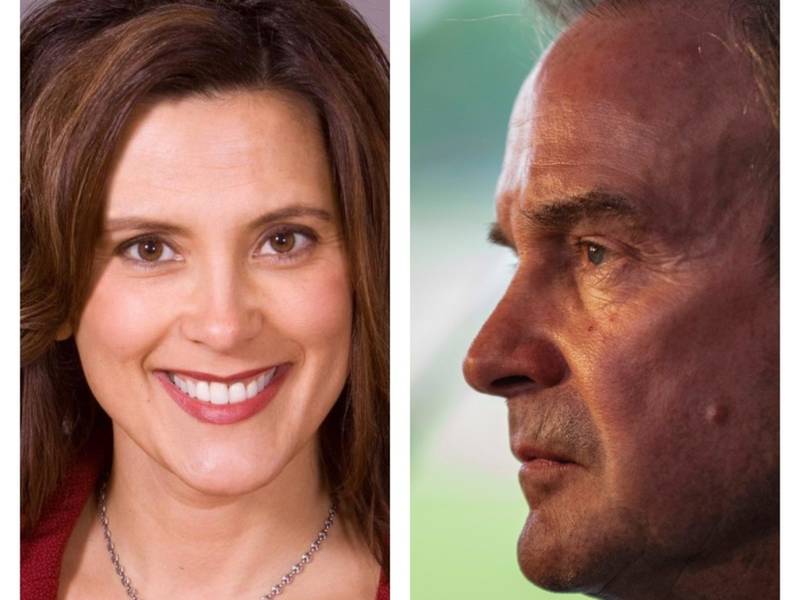 THE YEAR OF WOMEN CONTINUES

There will be at least eight Democratic women running for governor in November.

Gretchen Whitmer of Michigan and Laura Kelly of Kansas joined the list Tuesday. Both will face Republican men. Unlike some of their fellow Democratic nominees in other states, neither would become their state's first female governors. Whitmer and Kelly both have extensive records as legislative leaders and pitch themselves as get-it-done pragmatists. That's not in line with some of the headliners of the #MeToo era and the anti-Trump resistance movement, but it may be Democrats' best shot to flip two governor's mansions that Republicans have held since 2011.

Though Whitmer may still choose a male running mate, the Democrats are fielding women for governor, Senate, state attorney general and secretary of state. And Democrat Rashida Tlaib won a race to run unopposed for the House seat vacated by John Conyers, making her poised to become the first Muslim woman in Congress.

"We need to throw Bill Schuette a big retirement party come November," Whitmer told jubilant supporters in Detroit. "We need a governor who knows how to get things done, who's ready to roll up her sleeves and get to work."

The 46-year-old from East Lansing appealed for party unity, saying she was proud to have run against a diverse field of candidates that included Dr. Abdul El-Sayed — Detroit's liberal ex-health director who hoped to become the nation's first Muslim governor — and big-spending entrepreneur Shri Thanedar, an immigrant from India. Both had criticized her for accepting corporate political action committee money and not embracing a "Medicare-for-all" single-payer health care system.

Whitmer asked the supporters of El-Sayed — who was endorsed by Vermont Sen. Bernie Sanders — and Thanedar to join a "big tent" to fight for clean drinking water, better roads, broader health coverage and better-funded schools.

Schuette, who had been accused by Calley of misusing his public office for political business, also sought to bring Republicans together and criticized Whitmer.

"Whatever differences we may have, it is my hope starting tonight that we can unite in our common goals — more jobs, greater growth and bigger paychecks for Michigan families," he told backers in his hometown of Midland. He credited Republican leaders for helping the state "get off the mat" after a decade-long downturn and said Whitmer would "take us back to a time of shuttered industries, dashed dreams and higher taxes."

The GOP has controlled Michigan for 7 ½ years, and Democrats are eager to capitalize on what is typically rough sledding for the president's party in midterm elections and the state electorate's penchant for backing the opposite party when a governor leaves due to term limits.

Though voters went with outsiders Snyder in 2010 and Trump in 2016 — the first Republican presidential victory in the state in decades — some said Tuesday that they liked Whitmer and Schuette's political experience.

"She was in the Legislature fighting battles when there was no hope to win," said 45-year-old John Hetzler, of Grosse Pointe Woods, who noted that he might vote Republican but only if they rejected Trump. "Detroit in on a great track, but there are so many things that need to be done. There's a growing sense of more people being left behind. Look at Flint and the Detroit schools. Michigan could be doing a lot better."

Steve Lauer, 75, a retired business consultant from Traverse City, said he backed Schuette — a former congressman, state senator, agriculture director and appellate judge — because of his experience and conservative beliefs. Lauer said he likes Trump but that the president's endorsement didn't sway him.

With nearly 90 percent of precincts reporting, Schuette had roughly half of the GOP vote to Calley's quarter, with Colbeck and Hines at 13 percent and 11 percent respectively. Whitmer also won slightly more than half of the Democratic votes, while El-Sayed received more than 30 percent to Thanedar's 17 percent.

With the gubernatorial and Senate victors being declared not long after the closure of all polls, attention turned to several closely watched House battles where a number of female candidates were competing.

In the 8th District stretching from the northern Detroit suburbs to Lansing, former U.S. national security official Elissa Slotkin, a Detroit, moved on to face Republican Rep. Mike Bishop in what is expected to be a competitive general election. In suburban Detroit's 11th District, GOP businesswoman Lena Epstein and Democrat Haley Stevens were leading the fields to follow a retiring Republican congressman.

Ed White in Detroit and John Flesher in Traverse City contributed to this story.

© 2018 CBS Broadcasting Inc. All Rights Reserved. This material may not be published, broadcast, rewritten, or redistributed. The Associated Press contributed to this report.