DENVER (CBS4) - A rare condition that breaks down the muscles and can damage the kidneys is on the rise, especially among people with high intensity workouts, but a recent case treated at Denver Health Medical Center helped one woman make a complete recovery after almost losing her leg.

"I wouldn't be alive if you didn't do what you did," said Mary Beth La Bonte-Jones. "How do I even say 'thank you' for that?"

La Bonte-Jones was putting groceries away one morning last October when she fainted. She tried to break her fall by taking a sitting position and crossing her legs. Her husband would find her still on the kitchen floor that evening. The medical response, procedures, and treatment that would follow lasted months before she could get back on her own two feet. 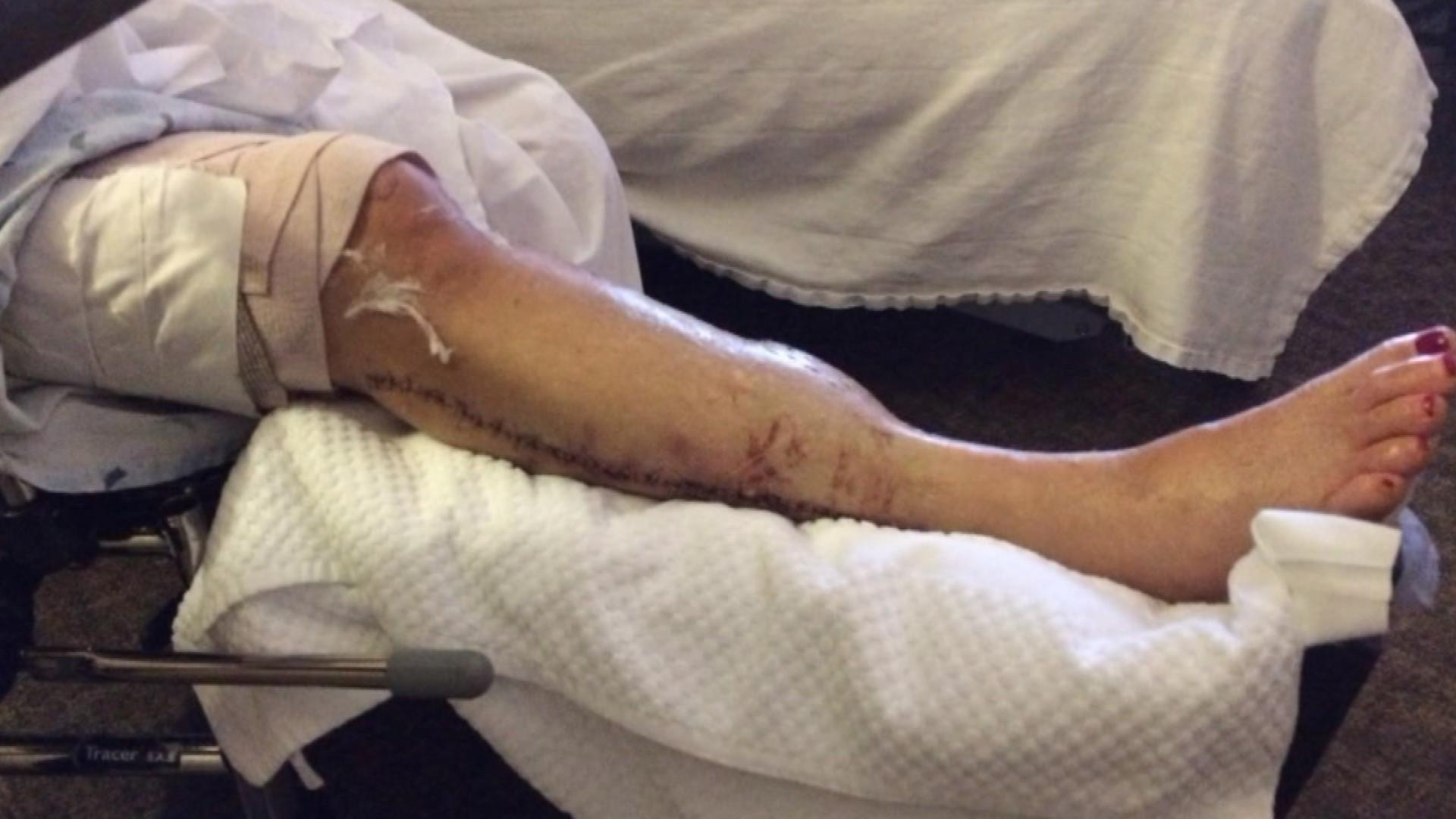 "I was putting yogurt in the fridge and I could just see this black," La Bonte-Jones explained. "I knew I was going to go down so I just sat myself down."

She visited Denver Health on Tuesday and got to meet the entire team that helped her make a complete recovery. The group gathered inside the hospital included the paramedics that were on the phone with her and got her out of her house.

"When we got there she was down in her kitchen and her husband was pretty upset," said Matt Williams, a paramedic who responded to La Bonte-Jones's home that day. 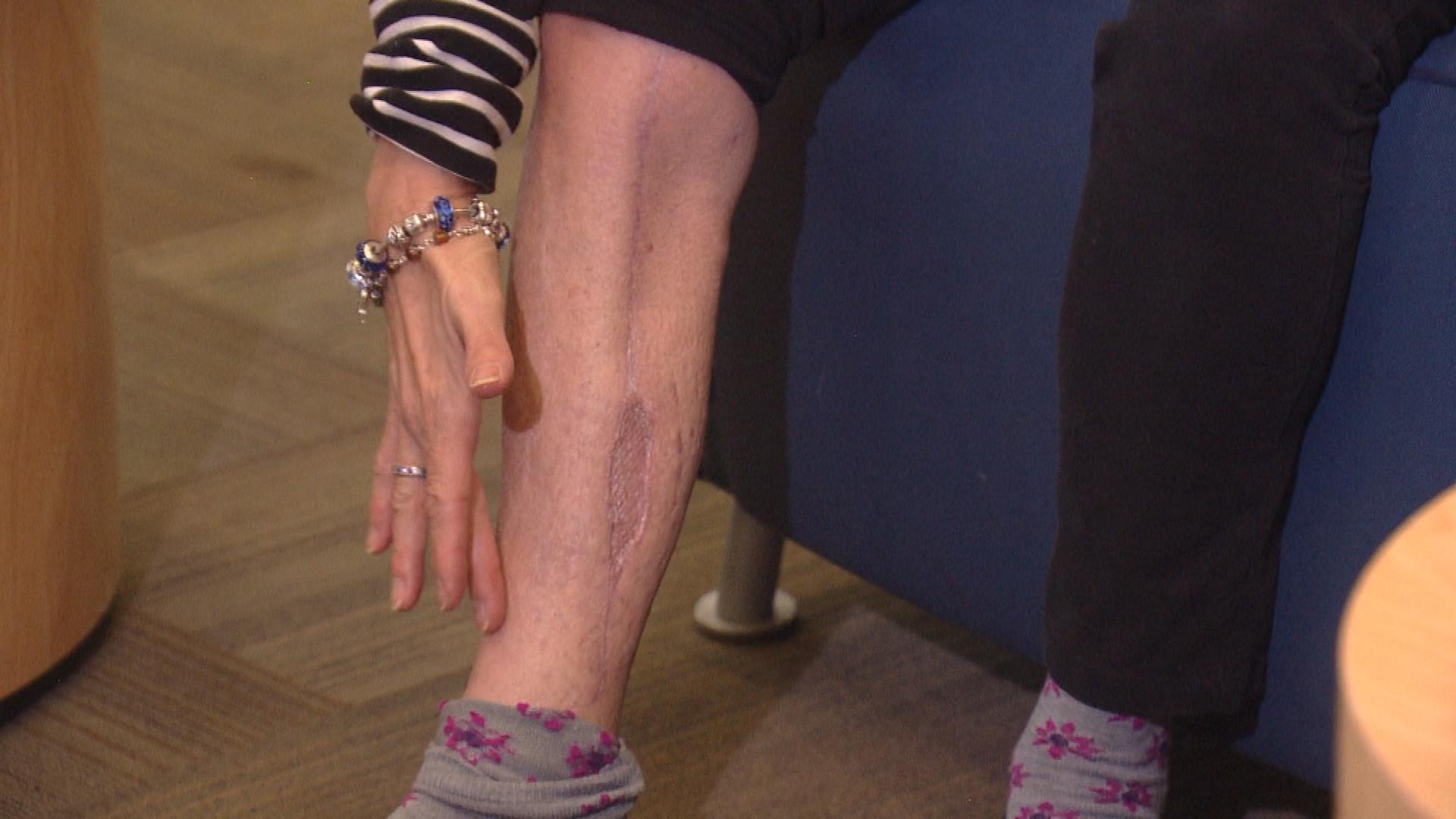 Her legs remaining in the crossed position for so long developed the rare condition, rhabdomyolysis. It's a serious diagnosis caused by muscles swelling up and the tissue dying. It causes a protein to enter the bloodstream that damages the kidneys. It's easy to develop in the legs because the muscles are so compact.

"We didn't know if we were going to end up with an amputation or any muscle loss," said Dr. Mark Hammerberg, an orthopedic surgeon at Denver Health.

Hammberg admits he was surprised to see La Bonte-Jones recover so quickly and walking again on Thursday when she visited him for the first time since leaving the hospital. 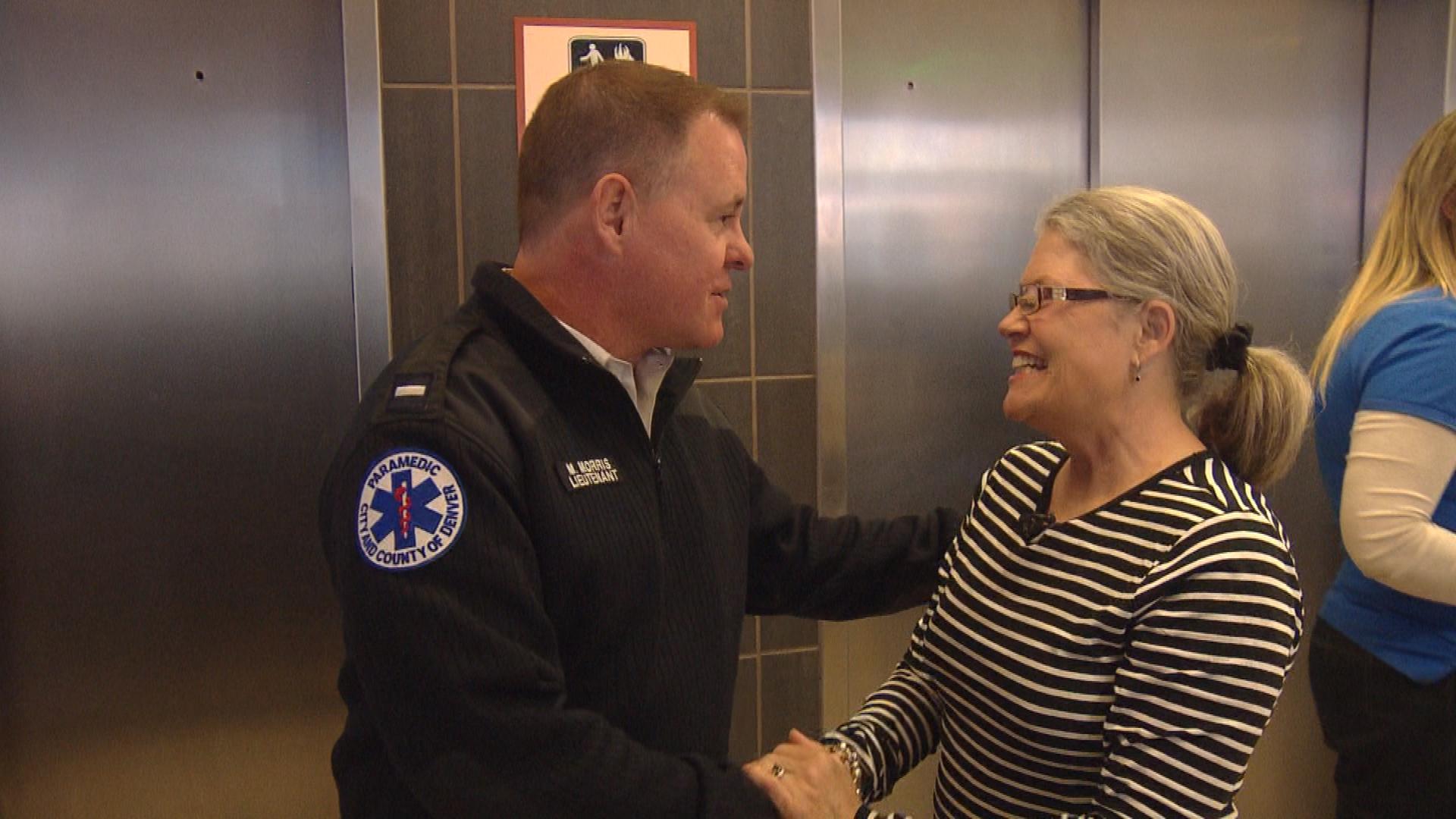 She needed six surgeries in eight days to get to her leg moving again. They removed a lot of the muscle in her leg but it can still function as it did before. Now she gives her legs plenty of rest before starting new activities throughout the day.

Doctors and patient agree there is a lesson for everyone to take better care of their muscles. La Bonte-Jones was one scenario but many more are diagnosed from broken bones and increasingly, people overworking their muscles with an intense workout and not letting them heal. Any soreness or pain may need to be checked out by a medical expert instead of just treated at home with painkillers. 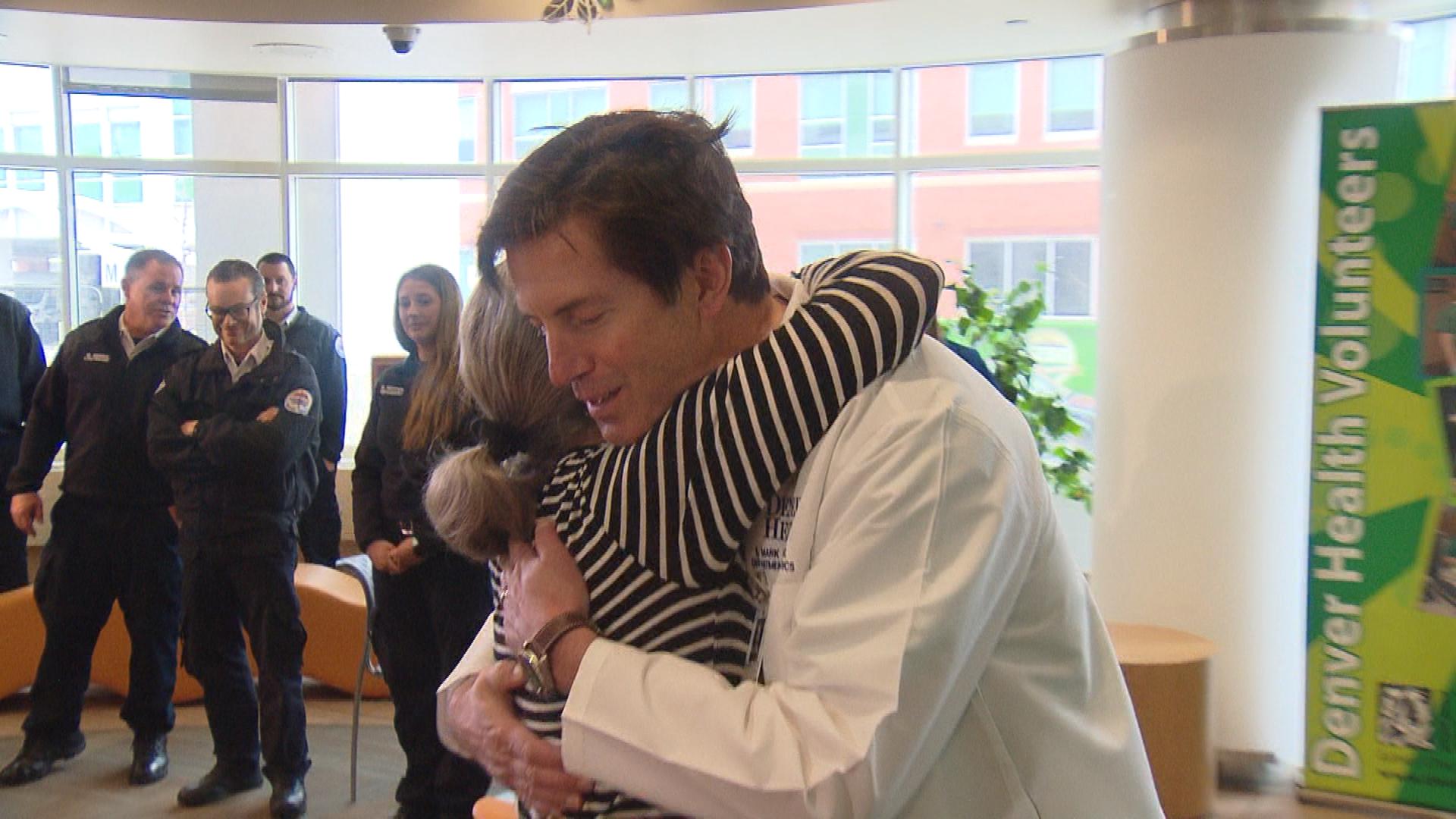 "Nobody expects a trauma but it could happen to you," La Bonte-Jones said.

She now walks on her own without the help of a cane, she can ride her bike and looks forward to hiking and camping. Six months after she was rushed to the hospital she can show off the scars and stand tall.

La Bonte-Jones is excited to move forward in her life and forever grateful for the paramedics, nurses, and surgeons responsible for letting her take that next step. 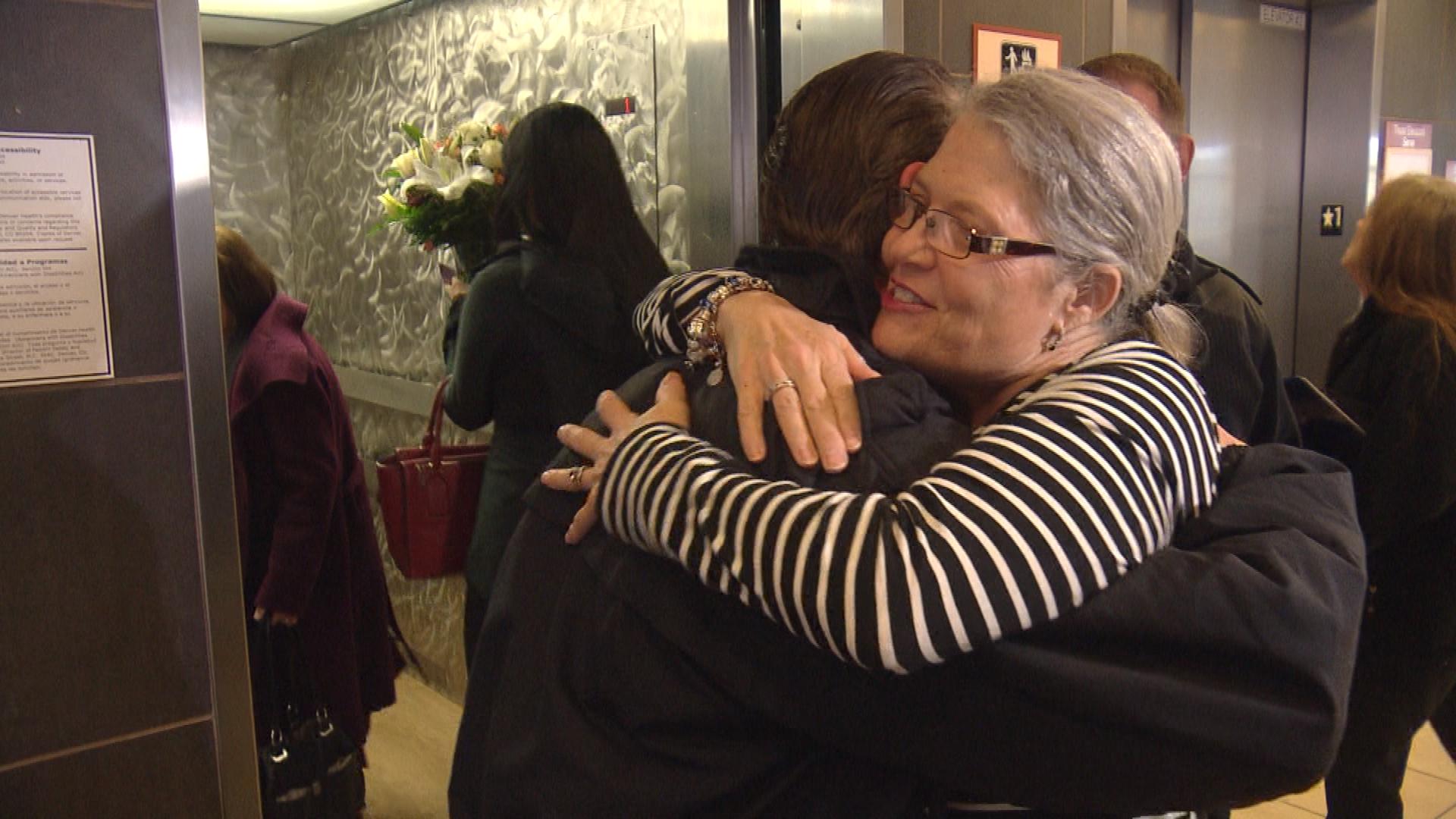 I just can't thank them enough," she said. "For the care and how much they helped me achieve where I am today."

Shawn Chitnis reports on the CBS4 Morning News. Email him story ideas at smchitnis@cbs.com and connect with him on Twitter or Facebook.