CHICAGO (CBS) -- Chicagoans aren't used to this extreme cold, so imagine what it must be like for Californians who just arrived in town. UCLA's fifth-ranked men's volleyball team will play two matches in the Chicago area this week at Loyola University and Lewis University, so they've had to adapt.

The UCLA men's volleyball didn't quite know what to make of the Polar Vortex as they headed to practice Wednesday on Loyola's campus. Some were "California cool," others  enjoyed the snow. 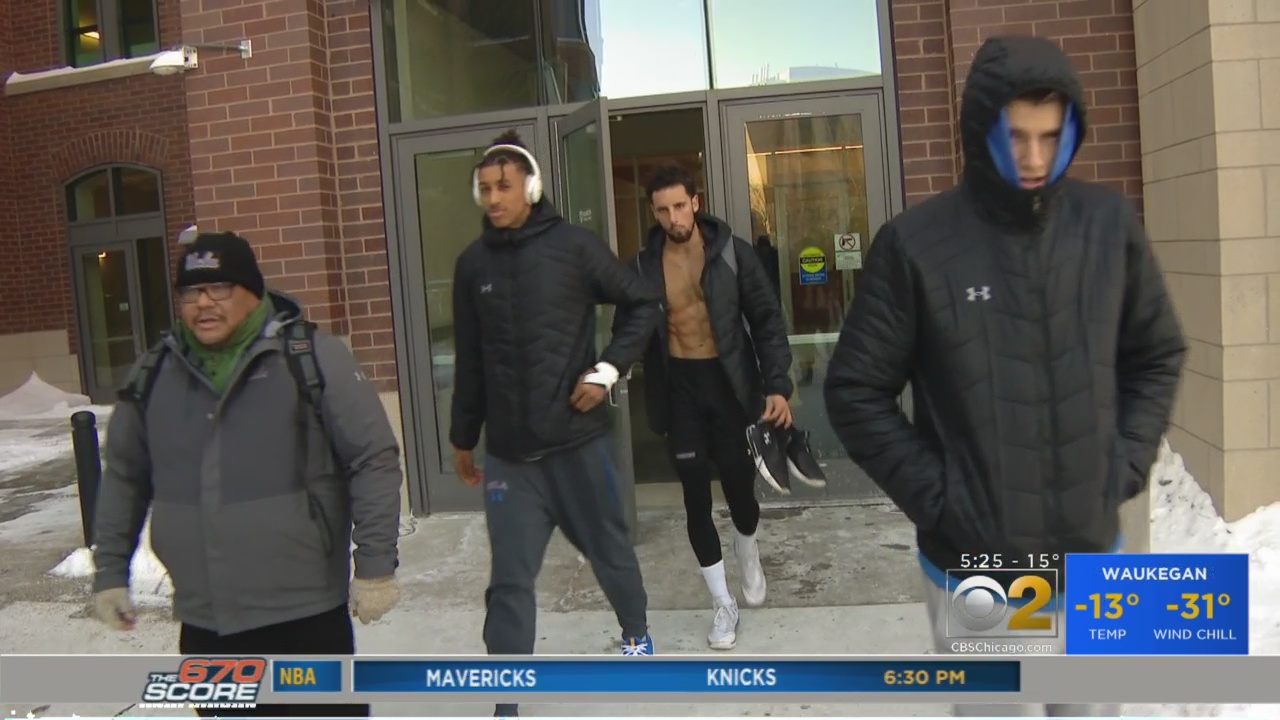 "People were checking the weather, are you sure this right? Negative 50. I've never heard of that," says Micah Ma'a, UCLA volleyball player from Hawaii.

Some donned just gym shoes, some just  a sweatshirt, others with light coats. A few came prepared, but one guy learned the hard way about having wet hair!

"It's a little frozen on top. I just took a shower," he said.

"We actually had to search the athletic department and borrow what we have from the football team. We were just usually not prepared for this out in California," said head coach John Speraw.

Even the two Chicago area players on the team were a bit shocked.

"I'll admit, I softened up a bit," said Grant Maleski from Long Grove.

"We tried to walk to Wendy's last night. It said .7 miles. That's not far at all. And we only had a jacket and sweats on. We made it about two blocks then huddled up in a gas station and Ubered back home," said Ma'a.

They might be here on a business trip, but they are still college kids and had some fun in the freezing cold. They even had their own science experiment at their hotel Wednesday morning throwing hot water into the air.

Then, it was a two-hour practice, then back outside to brave Chiberia!