BOSTON (CBS) -- What is the best city for grabbing a beer in all of the United States? That's a tough question, but there's a new ranking out to try and settle this debate.

They found that the best city in the country for beer drinkers is Asheville, North Carolina. Second place is Portland, Maine. The first big city to land on the list is Pittsburgh at No. 3.

Portland, Oregon comes in fifth, trailing Cincinnati in fourth by a fraction of a point in Smart Asset's scoring system. Notable spots that round out the top 10 are Columbus in sixth, and Denver in seventh.

New Orleans, who made the top 25 by coming in 21st, has the cheapest average price of a domestic pint at just $2.50, the only place on the list that came under $3.00 in that category.

Some notable cities not included in the list: New York, Boston, Los Angeles, Chicago and Miami. 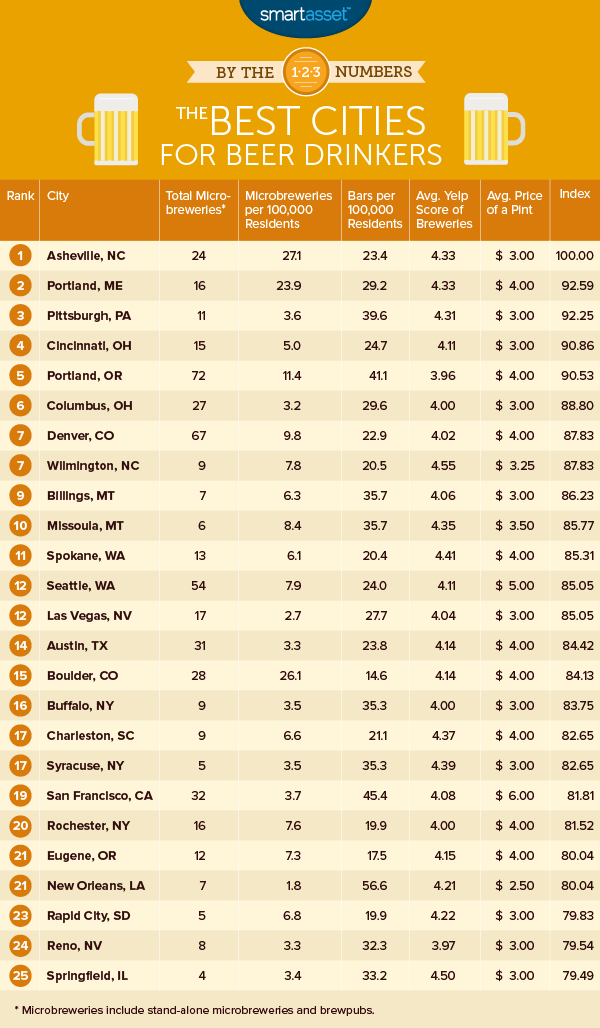