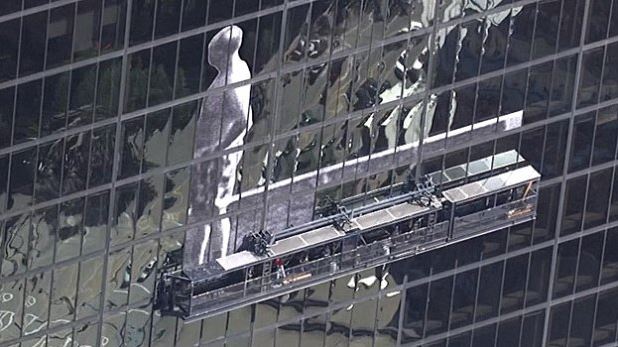 BOSTON (CBS) – What is that on the John Hancock Tower?

Several people started tweeting photos of the Boston landmark Wednesday morning after an image appeared on the west side of the city's tallest building, which is now known as 200 Clarendon.

A spokesperson for Boston Properties, which owns the skyscraper, told WBZ-TV it's an art installation.

WBZ's Skyeye helicopter took a closer look at it and it appears to be a photo of a balding man wearing shorts and no shirt.

What do you think it is?