It's going to be a long spring/summer/fall across the west. Already, wildfires are becoming a serious issue. You can thank a record dry winter with very little rain/snow for setting the stage. Los Angeles had its driest year on record last year, and the whole state is mired in drought. In fact, 77% of California is in at least 'Extreme Drought' as categorized by the Drought Monitor. Now that we're out of the wet season, there is very little hope for significant rainfall in the months ahead. The ingredients are there for an explosive year of wildfires.

Currently, the Highway Fire, Poinsettia Fire, Washingtonia Fire, Freeway Fire, and Tomahawk Fire are all raging in San Diego County, with thousands of homes evacuated and dozens already burned. Santa Ana winds are contributing to the problem, gusting 40-70mph. These are caused by high pressure sitting over the Great Basin. Winds around the high come down through the mountain passes and canyons from the east, and tear downhill through the lower elevations. As the air descends from the mountains, it is compressed and heats up. So not only do you get the wind, but you get record heat. Widespread 90s and 100s are in the forecast today, which should end up being the hottest day of the week for most locations. 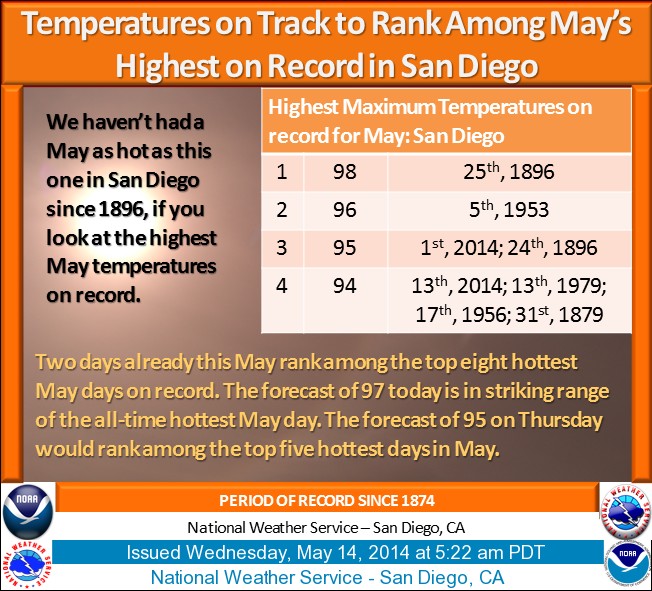 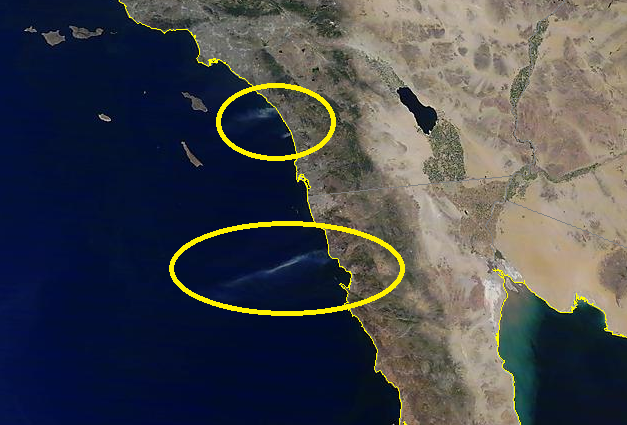 The pattern that's leading to all this is the same one we saw for much of the winter. A strong ridge in the jet stream parked over the West Coast, blocking storms and marine air from heading in. While California is getting most of the headlines due to the wildfires, there is also big heat all the way up through Oregon and Washington. Seattle has been and will be well into the 80s! This pattern is going to stay in charge through Friday, but then finally some relief will come. A trough will start to dig in across the west, and although it won't bring much/any rain, it will help guide a marine layer into the fire zones. The cooler and more humid air will make firefighting efforts much easier for crews on the ground and in the air. The danger will lower on Saturday, and should end up being significantly lower Sunday into the start of next week. 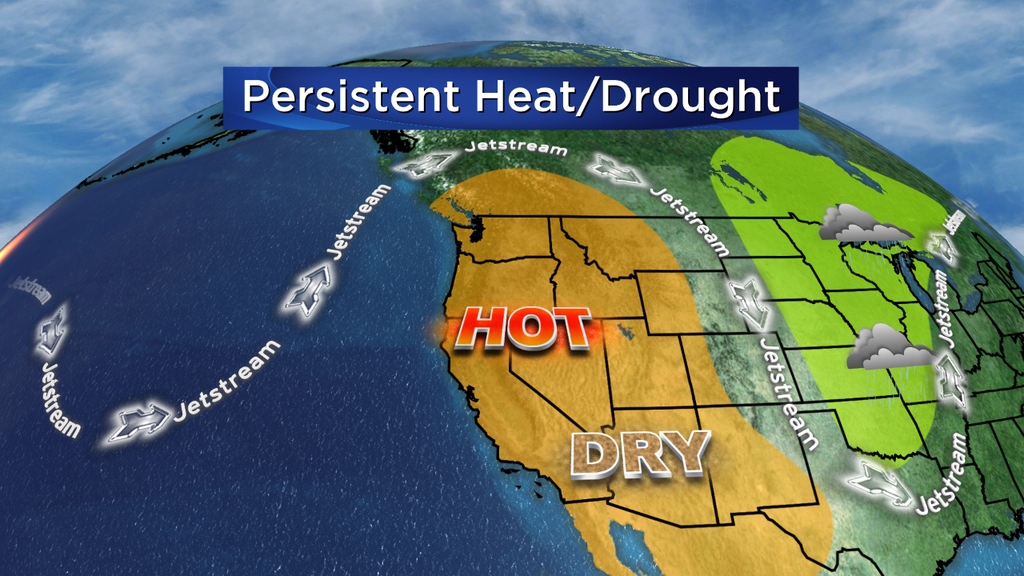 The relief will be good for a short while, but it's hard to imagine a year that won't feature may more of these wildfires. The fuels for fires are so dry after many months of drought, and summertime heat will continue to squeeze moisture out of the landscape. California typically sees very little rain June through September (last year L.A. saw 0.15" of rain from this date through November 19th). A likely El Nino may help direct more moisture into the parched region, but that relief would be many months away if it materializes.