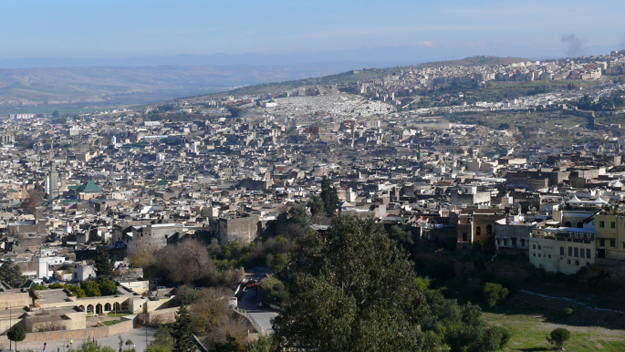 Similar in size to California, Morocco is unquestionably one of the finest and most affordable destinations in the world. Situated in North Africa primarily along the North Atlantic Coast with a portion along the Mediterranean Sea, the country possess a rich and extensive history. With perhaps visions of a darkly lit café in Casablanca, dancing in a kasbah or a ride on a real Marrakesh express, there are several reasons to visit this seemingly magical land. This travel guide will help introduce prospective visitors to the very best of Morocco.

Visitors arriving into Morocco from the U.S. must be in possession of a valid U.S. passport with at least one blank page at the time of entry. Tourist visas are not required for visitors staying less than 90 days. Up to date information can be obtained through the U.S. Passports and International Travel website.

The currency in Morocco is the dirham. Currently one Moroccan dirham equals $.10 or 10 cents. Conversely, one U.S. dollar currently equals 9.66 Moroccan dirham.

The official language of Morocco is Maghrebi Arabic (Darija). However, other languages such as Berber (spoken by indigenous people of Northern Africa), French and Spanish are widely spoken in the country. Some English is spoken, particularly in the most popular tourist destinations, but trails far behind the other aforementioned languages. Visitors are encouraged to speak Darija wherever possible. Not only will residents appreciate this gesture, it might help obtain a better deal on taxi fares, shopping etc.

Related: Travel To The Wonders Of The World
How To Get There

The majority of American visitors will fly into Mohammed V International Airport (CMN), located 21 miles south of Casablanca. No American airline carrier has a direct flight into Morocco, although some major carriers such as Turkish, Air France and Royal Air Maroc offer non-stop flights from cities on the East Coast, such as Boston, New York and Washington D.C. American visitors flying from other parts of the U.S. must make a European connection in cities like Barcelona, Frankfurt, London and Paris. Arriving visitors can take a train directly into Casbablanca or utilize other forms of ground transportation such as hotel shuttles, taxis or car rentals.

The second busiest airport in Morocco is Marrakesh Menara Airport (RAK). American visitors flying here must make at least one connection, typically from a European international airport much like the cities serving Casablanca. Among the airlines serving RAK are Air France, Alitalia, British Airlines, Iberia and Lufthansa. Bus service from the airport is available through the Alsa bus service, with departures running at least every 30 minutes. Taxis, hotel shuttles and car rentals are also available from Marrakesh Menara Airport.

A number of major cruise lines feature Casablanca as a port of call. Among the best cruises can be found from MSC, Norwegian, Royal Caribbean, Princess and Seabourn.

High-speed ferry boat service from FRS are available from Spain and Gibraltar to Morocco. FRS, a German shipping company, operates from Algeciras and Tarifa in Spain, in addition to Gibraltar. Trips are available to the Moroccan cities of  Ceuta, Tangier Med and Tangiers. FRS is reportedly the only shipping company offering passenger services across the Strait of Gibraltar.

The easiest and most efficient way for American travelers to get around Morocco is by train. The service is operated by ONCF, the national train service of Morocco that connects the most important cities of the Morocco, such as Fes, Tangier, Casablanca, Marrakesh and Rabat, the capital and seventh largest city. Additionally, at least two reputable bus companies, CTM and Supratours offers trips to various sections of the country. Both bus operators feature modernized buses with spacious seating and Wi-Fi service.

While taxi service is readily available and the best way to get around individual cities, Americans must be mindful of some dishonest taxi drivers. One of most universal taxi-related scams is overcharging an unsuspecting visitor or taking a longer route than necessary. To avoid overcharging situations, visitors can offset this by agreeing with a set price with the driver before entering the taxi. American visitors may be able to converse in Arabic, French or Spanish with a travel guide book or reliable mobile translating apps like Google Translate or iTranslate.

A short list of recommendations for overnight accommodations in the two top tourist destinations of Casablanca and Marrakesh.

A short list of recommendations for outstanding dining in Casablanca and Marrakesh.

The majority of American visitors tend to visit Morocco's two most famous cities — Casablanca and Marrakesh. However, both are also known to be touristy, overpriced and not always good representation of true Moroccan culture. For Americans who are staying in one or both of these cities, it's also important to consider staying overnight or venturing off on a day trip to the fascinating places listed below.

Essaouira is a resort community featuring one of Morocco's best beaches along exceptional architecture and an impressive collection of luxury hotels. Located along the Atlantic Coast about 110 miles west of Marrakesh, this picturesque city of about 70,000 also has an ancient medina, filled with impressive centuries old architecture, entertaining street vendors and a host of high-end but remarkably affordable hotels, such as L'Heure Bleue Palais and Le Medina Essaouira Hotel. The Medina of Essaouira, known for its 18th-century architecture featuring one of the country's oldest ports, has been on the World Heritage List since 2001. The most convenient way to reach this historic city from Marrakesh is with the Supratours bus company.

Also known as Fes el Bali or Old Fes, the Medina of Fez is the oldest section of Fez, the first imperial city of capital of Morocco and the second most populated city. Said to be the one of the world's largest auto-free urbanized areas, the Medina of Fez is perhaps the finest example of Moroccan culture and a renowned World Heritage Site, with what UNESCO describes is the world's oldest university — University of al-Qarawiyyin, established in the year 859. Because the Medina of Fez encompasses a wide area, a guided tour might be a good option, especially since it's easy to get lost in the myriad of unfamiliar streets and alleys. Points of interest include the public squares and the lively central market (souk) featuring savory street food, native clothing and artisanal crafts, such as woodworking, blacksmithing and perhaps most importantly, leather-making. A phenomenal place for dining and to take a break from sightseeing is Café Clock, featuring traditional Moroccan cuisine served all day and a popular cooking school.

Like many of Morocco's historic medinas, the Medina of Marrakesh is a celebrated World Heritage Site founded in the 11th century. Although the country's second imperial city can be described as quite touristy, there are some very mesmerizing attractions to see in the oldest section of the city. Tops on the list is Jemma el Fna, one of the world's best street markets, featuring everything from the famous Moroccan slippers and handcrafted souvenirs to stylish clothing and amazing street food. The bustling central market is also well known for hosting a wealth of street performers, including mystifying snake charmers, comical magicians and engaging musicians. The best time of day to visit Jemma el Fna is during the evening, when the captivating night market is illuminated by hundreds of bright lights amid the daily mixture of enthralled visitors, vendors, residents and of course, the colorful street entertainers.

Chefchaouen is a 15th-century city known for its breathtaking houses and other structures painted in multiple shades of blue. Located near the northernmost tip of Morocco, the city is a popular tourist destination from places like Tangier, Fez and Casablanca. Easily one of the most beautiful and unique cities in Morocco, Chefchaouen is filled with a labyrinth of buildings awash in blue and lives up to all the hype it richly deserves. Chefcahaouen is well worth visiting on a day trip or for an extended stay at places like Lina Ryad, Hotel Casa Miguel or Dar Echchaouen. The city can be reached from Tangiers, Fez, Casablanca and other cities via the CTM bus company. If time permits, a recommended hiking excursion just outside the city is to Akchour Falls (Cascades d'Akchour) although a round-trip trek from Akchour will take an estimated five hours.

Nicknamed the "Door of the Desert," Ouarzazate is best known to American visitors as a premier filming location for several well-known Hollywood movies. Among the most famous movies filmed here are "Lawrence of Arabia,", "Patton," "Gladiator," "Babel" and the 1999 version of "The Mummy." All of these successful movies were primarily made at Atlas Studios, called the world's largest movie studio, just three miles west of the city. The studio is also internationally acclaimed as a prominent site for the filming of several episodes of "Game of Thrones," arguably the most popular television series in the world. Atlas Studios also features a prestigious film school, a studio tour and the Cinema Museum.

Named one of the World's Top Travel Destinations of 2013, the modern capital city of Morocco is a World Heritage Site and home to many of the country's most important structures. Located along the Atlantic Coast about 54 miles northeast of Casablanca, this amazing city is easily accessible by private vehicle, taxi or train, making it one of the best day trips from Morocco's largest city or a longer stay. Travelers should not miss seeing attractions like the Kasbah of the Udayas, Mausoleum of Mohammad V, the 12th-century Hassan Tower, the medina and the ancient ruins at Chellah. For museum lovers, the National Archaeology Museum should also not be missed.

One of the premier landmarks of Casablanca, Hassan II Mosque is the largest mosque in Morocco and in all of Africa, as well as one of the world's largest. Overlooking the North Atlantic Ocean, the mosque was completed in 1993 and features masterful Islamic and Moroccan architecture with intricate carvings and anchored by the world's tallest minaret (lighthouse) that's visible for miles. The mosque is named after King Hassan II, who ruled Morocco from 1961 to 1999. While the old and new Medinas of Casablanca are not nearly as intriguing as those found in Fez or Marrakesh, a visit here should be high on the list of things to do, if only to interact with the many street vendors.

One of the most recognized Moroccan cities in American popular culture, Tangier has been widely featured in art and literature, film, television and music. One attraction of particular interest for Americans is the Tangier American Legation Institute, the only National Historic Landmark outside of the U.S. However, more rewarding sites to see might be the Medina of Tangier (kasbah), Dar el Makhzen (Sultanate Palace) and the adjoining Kasbah Museum.