INDIAN FALLS (CBS SF) -- There was little remaining of several homes in the Plumas County community of Indian Falls except piles for smoldering rubble Monday, a grim reminder of the desperate weekend firefight waged when the Dixie and Fly wildfires merged.

On Sunday, the weary and beleaguered fire crews got a break - a thick smoke layer remained draped over the burn zone, slowing the advancing flames. The layer kept temperatures from soaring and raised humidity levels.

At nightfall, the merged blaze had grown to a megafire of 197,487 acres with just 22 percent containment. There were 5,022 firefighters engaged in the battle along 82 miles of fire lines and 10,721 structures were threatened.

"The thick layer of smoke that sat on top of the east zone definitely played a role in the lessening or dampening the fire activity we saw today," said John Goss, operational chief the east zone of the massive blaze, at the Sunday night update. "A big change in activity."

The fire did prompted evacuation orders Sunday for several news small mountain communities, including some along the west shore of Lake Almanor, a popular resort area.

While the images from Indian Falls were frightening, there were also victories as fire crews were able to save some structures from the blaze. Structures also burned in the rural community of Paxton.

Chris Carlton, the supervisor for the Plumas National Forest, took time Sunday to paint a human face to the Indian Falls devastation beyond the mere numbers.

"This past 24 hours has been a little bit of a mixed day," he said at the late Sunday night briefing. "We started with the fire coming together at the (Greenville) Wye and we know we have had some impacts in Indian Falls. And I want to be upfront. When we say impacts what we mean is we've lost structures." 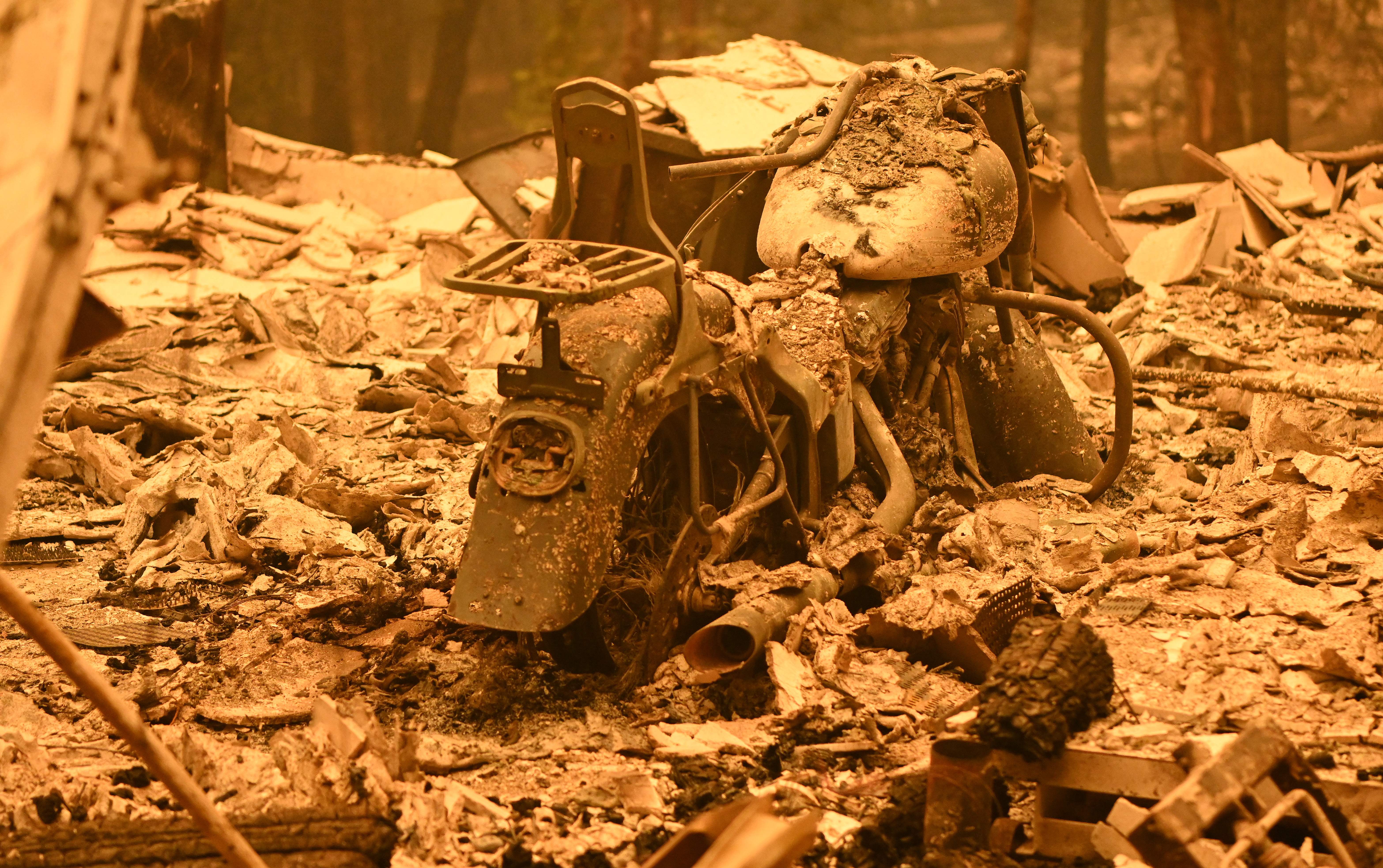 "There are people who have lost homes. These are real impacts in our community and I know it's easy for us to use the words and make it sounds like just a report, but it's not. These are family, friends. Some of these may be folks who are working on the line. Anytime we have an incident like this, where things like that occur, it's an impact in a lot of ways." 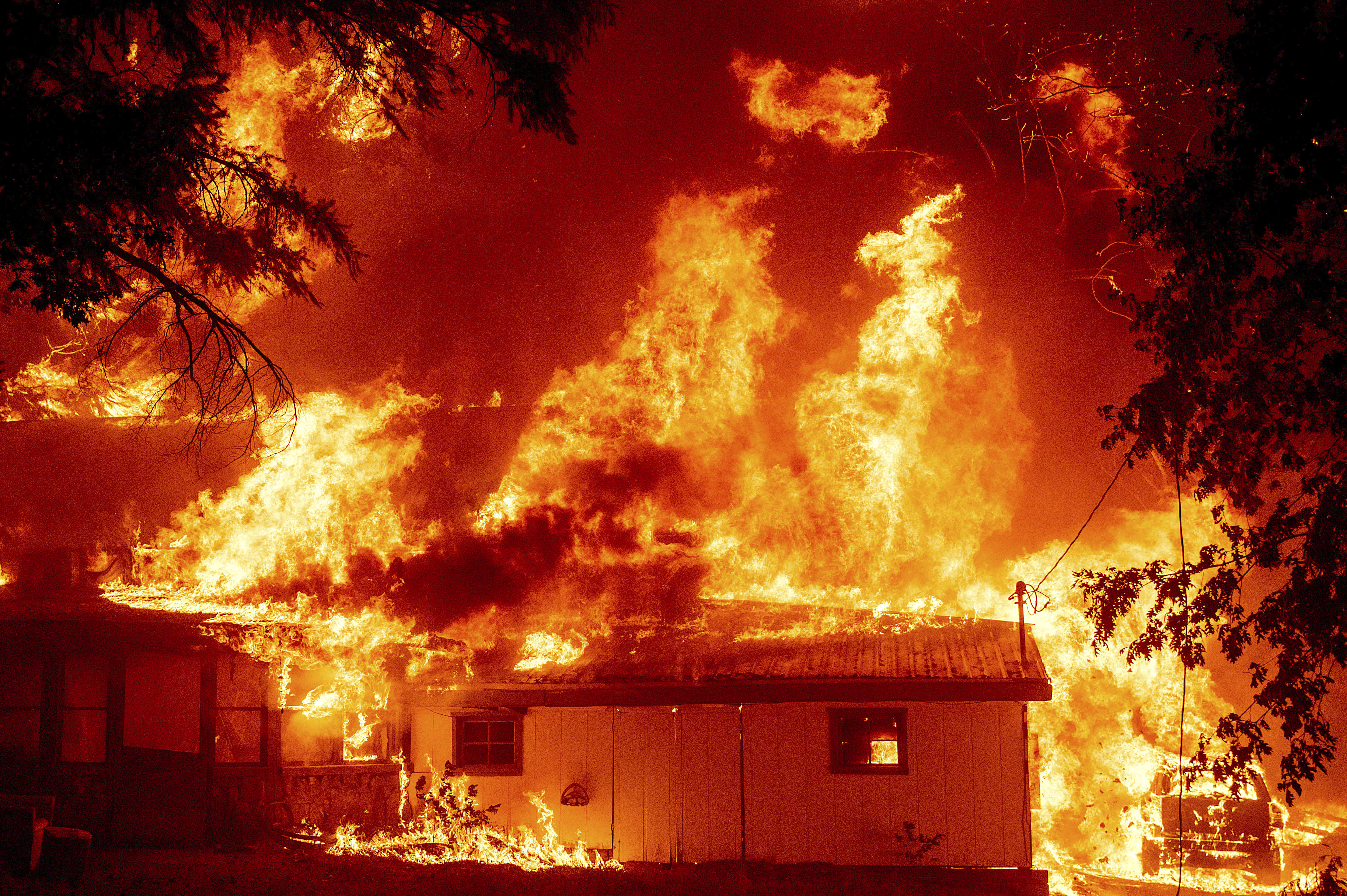 The fire, which started July 14, was burning in a remote area with limited access.

"It has been burning in extremely steep canyons, some places where it is almost impossible for human beings to set foot on the ground to get in there," he said. "It's going to be a long haul."

The wildfire has marched eastward with such intensity and speed it has forced firefighters to retreat to safe refuges.

"The threats and risks associated with this fire are very real," said Cal Incident Team 2 commander Mike Minton. "We are observing fire behavior, conditions and fuel conditions that are not common for this area. The rapid rates of fire growth we are seeing are very real -- We experienced that today in the Greenville Wye. It's very extreme fire behavior that essentially caused firefighters to have to retreat into safe areas and allow for that fire front to make its passage."

Other communities including Taylorsville, Greenville, Twain, Crescent Mills and homes in the Butterfly Valley were also being threatened by the fire's eastward march.