DAVIS (CBS13) — A year into the global pandemic millions are without work and a paycheck, making it hard to put food on the table, but a local grassroots effort is filling that gap. 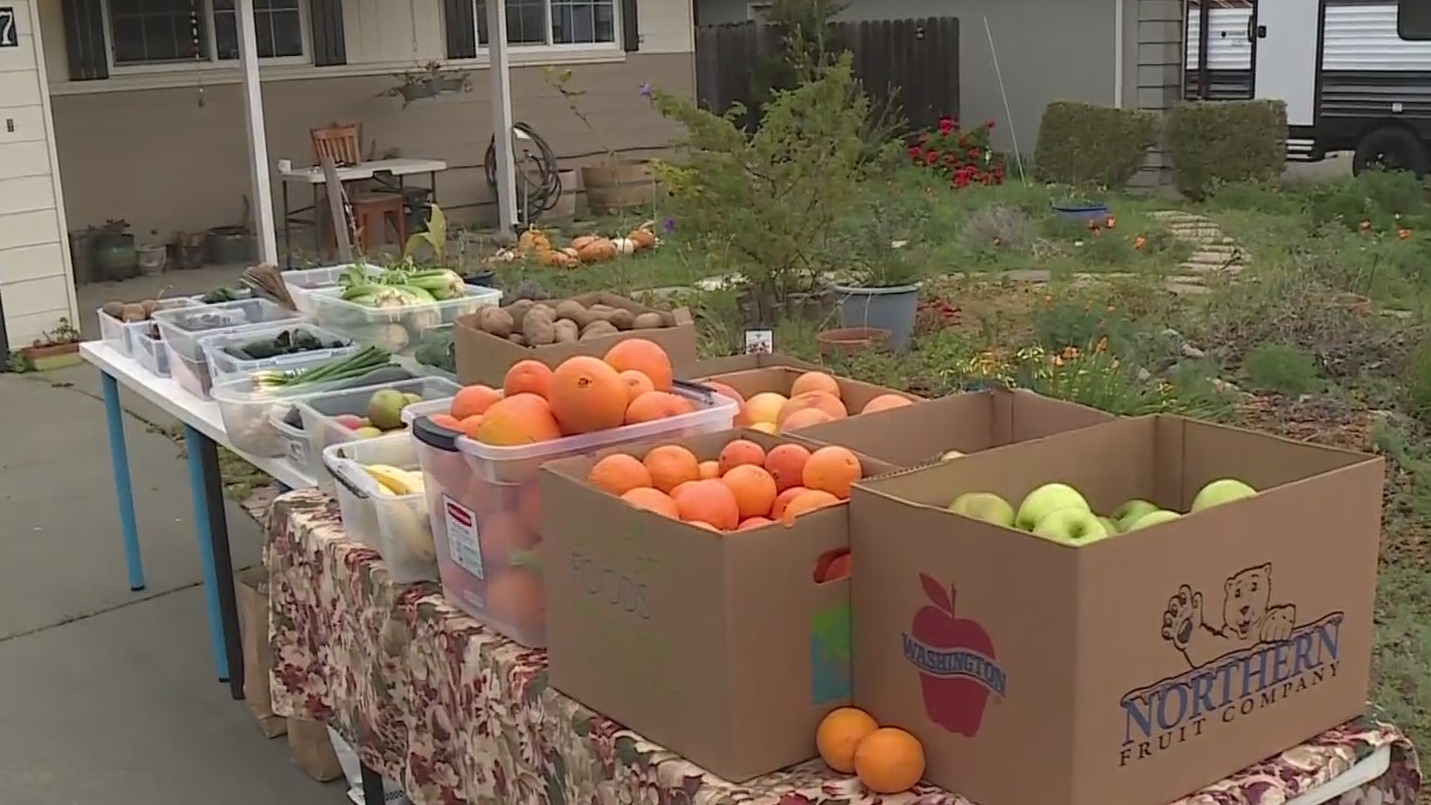 "I'm older and we didn't get out this last year," said Diane Barnhart.

So when Barnhart saw the posting for Tuesday Table on Facebook, she wanted to get a little taste of what it was all about.

"I live in the neighborhood," she said.

The senior walked around the corner near her West Davis home to find the setup run by Melanie Carr.

"It was just a teeny tiny table to start and I had stuff from my cupboards and it's kind of grown," said Carr.

It's been open from 8-11 a.m. every Tuesday since June, helping feed those who are struggling during the pandemic.     There are about a half dozen locations currently: three in Davis, one in Knights Landing and two in Woodland.

"I decided, when I could give back I would. And I am lucky enough to work from home," said Peri Siepman, who runs one in front of her house in Woodland. She knows what it's like because she was a single parent.

"I've been poor and I've needed to go to food banks and one of the things I know we needed so much was fresh fruit and vegetables," Siepman said.

She bought fruits and veggies and added them to other items donated by the UC Davis family pantry and Golden State Fruit.

"There is basically no qualification. Anybody can walk by, anybody can drive up," she said.

In other words, get there while the getting is good. And if you want to give back, you can donate goods every week to a local table, you can run goods from one section to the other or offer some freezer space or fridge space.

Something to fill their neighbor's stomach and their hearts for those hungry for some human connection.

"Every Tuesday it's nice to talk to her," said Barnhart.