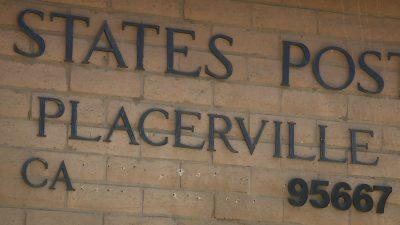 Deputy Ishmael was killed in a shootout in 2019. He was a longtime resident of Placerville and served on the city's police force before joining the sheriff's office.

A stretch of Highway 50 that runs through Placerville is named in his honor, as is the sheriff's shooting range.

Pride is not a word council member Thomas uses to describe his post office building.

Thomas was surprised to learn this is the building Congressmember Tom McClintock wants to be renamed in honor of fallen Deputy Ishmael.

"The first thing that came to mind is there is no way I would want my family name on this, let alone the family name of a fallen officer that we really want to honor," Thomas said.

In the council meeting seeking a city resolution approving the new name, Thomas spoke to a spokesperson for congressman McClintock, Kimberly Pruett, by phone.

"This has nothing to do with the condition of the post office," Pruett said. "So I'm a little surprised we are just now hearing about how terrible the post office is."

Thomas responded, "I don't think they got the rubber stamp they were looking for." But, he continued, "and I think it kind of set her back a little bit."

According to Councilmember Thomas, it's only an honor if the building is no longer known as the city's eyesore.

"You want to, you know, acknowledge the life given by one of our police officers by putting his name on this building, and to me, that's a no-go the way it looks," Thomas said.

The council postponed their vote on supporting the renaming and plans to take it up again next month.