KING OF PRUSSIA, Pa. (CBS) - This week, SummerFest heads to King of Prussia. The Montgomery County community is known for its retail scene and many local businesses, but there are also places for adventure. Our Pat Gallen and Jim Donovan went searching for some high-flying fun.

Soar to new heights. Push back against hurricane-force winds. Go inside the tunnel with us at iFly King of Prussia. 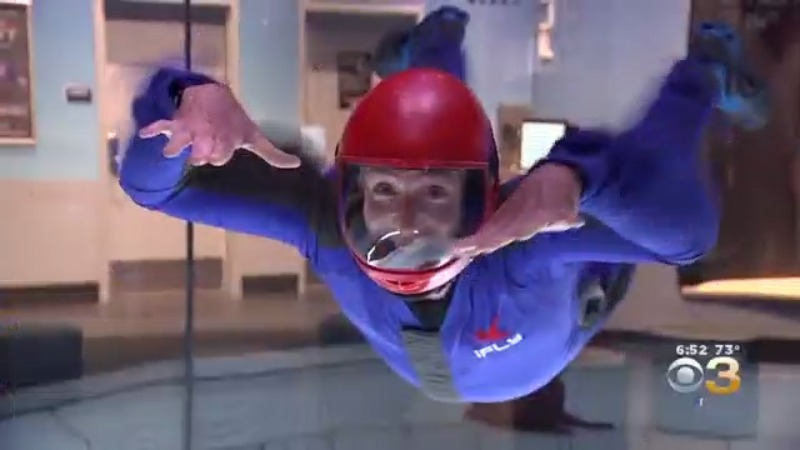 "When you step inside the tunnel you're gonna get hit with a bunch of wind. Initially, you're gonna feel a bit of vibration over your whole body and you're gonna actually gain the lift and flight that some people probably aren't ever going to jump out of a plane and experience," iFly King of Prussia instructor Cody Coppola said.  "We can deliver that to them right in our own back yard."

Cody Coppola has been guiding people through the air for the last three years. He says the reactions are always the same.

"As soon as people come around that corner you're just gonna see their mouths go, 'OHH,' and the families obviously love it. There's a lot of laughter," Coppola said.

Josey Jones is also an instructor. She says there's a simple rule to iFly, "Hold still! I always say if you can hold still that's the easiest and the best way to fly. Its just gonna let the wind hold you up evenly and balanced," she said.

It's an experience best shared with friends so I invited Jim Donovan to take the leap with me. We began with the all-important hand signals.

"Nice and still, chin up. If you forget I'll give you a friendly reminder. Straight legs, I need everyone's legs straight. It's really hard for me to let you go if they're kicking," Coppola said. "Chest up, chin up, this is how we're gonna be when we're in there. You wanna have nice posture and your hands right in front of your eyeballs."

Watch the video above to see Pat Gallen and Jim Donovan soar at iFly King of Prussia.