DELAWARE COUNTY, Pa. (CBS) --The NTSB is investigating a crash in Delaware County Thursday where a freight train and SEPTA trolley collided, injuring six people. A team of NTSB investigators arrived in Darby and are working to figure out what lead up to the crash.

The collision of a CSX freight train and a SEPTA trolley rocked this Darby neighborhood around 8:30 Thursday morning.

"It was a very big bang. It woke them up for school before the alarm went off and they were wondering what was going on," Darby resident Sharonda Pinkney said.

From above in Copper 3, you can see the front windshield of the trolley shattered from the crash. We also spotted the arm from the rail crossing on top of the trolley. 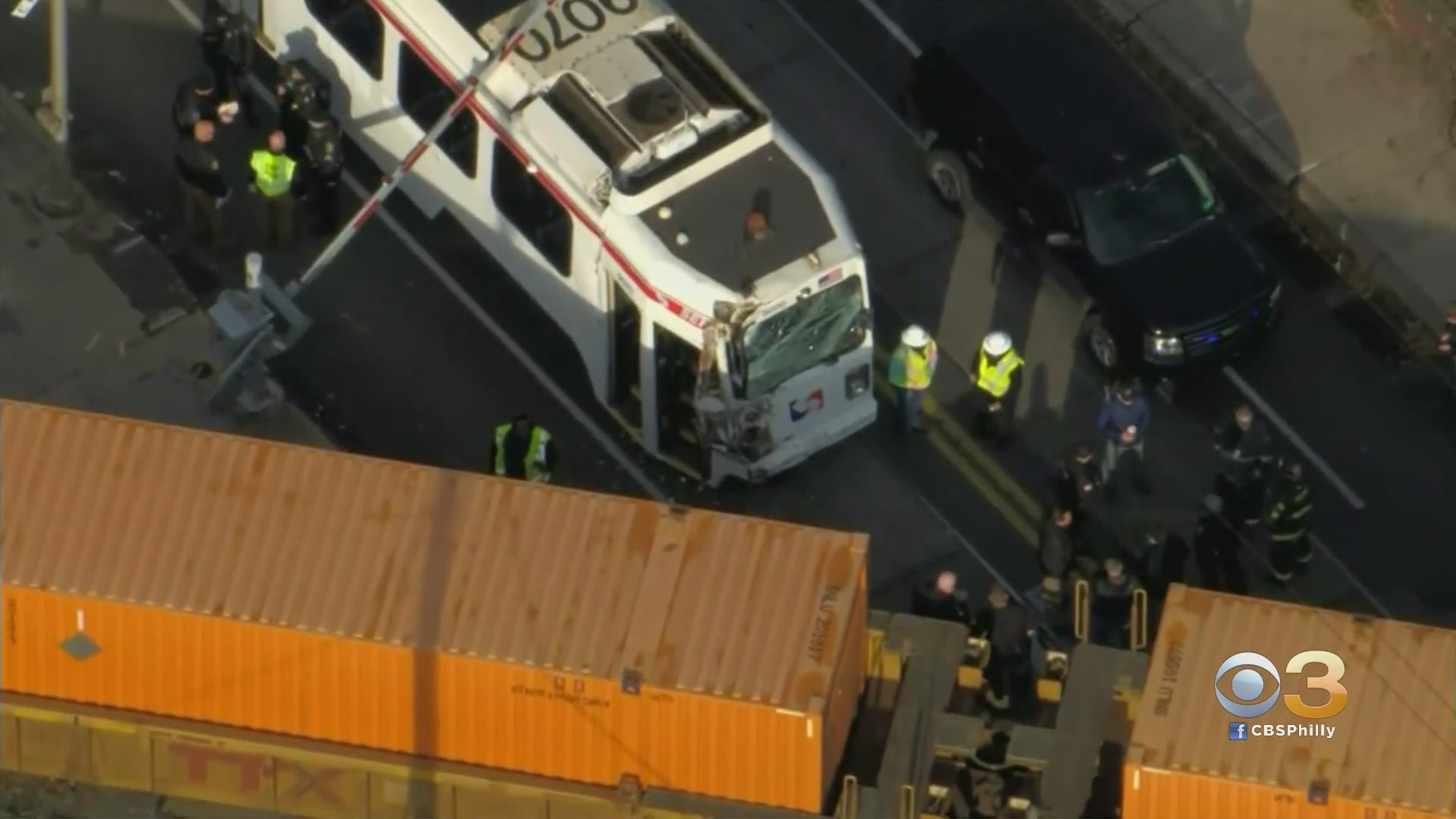 King saw the collision from the corner.

SEPTA says the crash left five passengers onboard the trolley, plus the driver, hurt -- all with non-life-threatening injuries.

Eyewitness News also learned 6th and Main Streets in Darby, where this happened, is the only intersection in the nation where an active freight rail line crosses a fixed active rail transit line, according to U.S. Congressmember Mary Gay Scanlon.

"It is a notoriously bad intersection," she said.

"It was kind of appalling to be out there. I mean there's all these streets that come together, clearly, it's missing some traffic safety controls," Scanlon said.

She adds, because of President Joe Biden's $1 trillion infrastructure plan signed into law last month, SEPTA is expected to receive extra federal funding to make improvements to intersections like this one.

Meantime, Main Street in Darby has now reopened after it was closed for seven hours.