PHILADELPHIA (CBS) --Philadelphia police are investigating multiple incidents of vandalism in South Philadelphia in which buildings and vehicles were spray painted with swastikas, racial slurs, and pro-Trump graffiti.

Around 10:30 a.m. Wednesday, swastikas, and the words "seig heil 2016" and "Trump" -- with a swastika in place of the T -- were discovered spray-painted on the windows of a vacant store at Broad and Wharton. 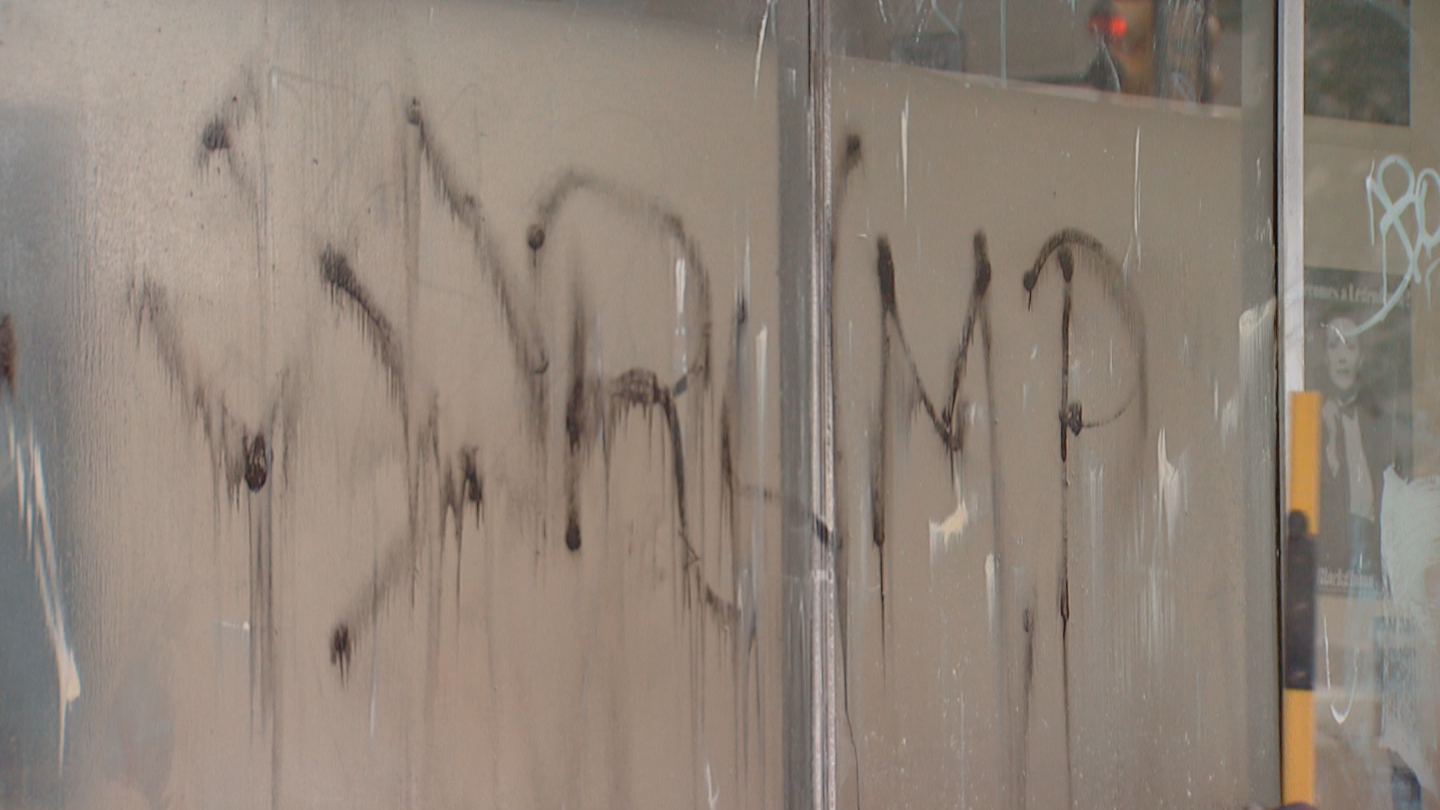 "Kristallnacht is the violent "night of broken glass." It was a progrom that took place on the eve of the Holocaust."

It's part of a rising wave of hate speech, as evidenced in an ADL report on the harassment of journalists during the presidential campaign.

"There were 2.6 million tweets that contained language frequently found in anti-Semitic speech. That's a lot of hate."

Baron-Baer says it falls on everyone, from the smallest child to the president, to speak out against bigotry.