PHILADELPHIA (CBS) -- Tuesday marks one year since George Floyd was killed by former Minneapolis police officer Derek Chauvin. Philadelphia will mark the somber anniversary with a virtual prayer vigil at 12:30 p.m. It will stream on the Mayor's Office of Public Engagement Facebook page. You can watch here.

There will also be a citywide prayer at 9:25 p.m. -- the official time of Floyd's death. 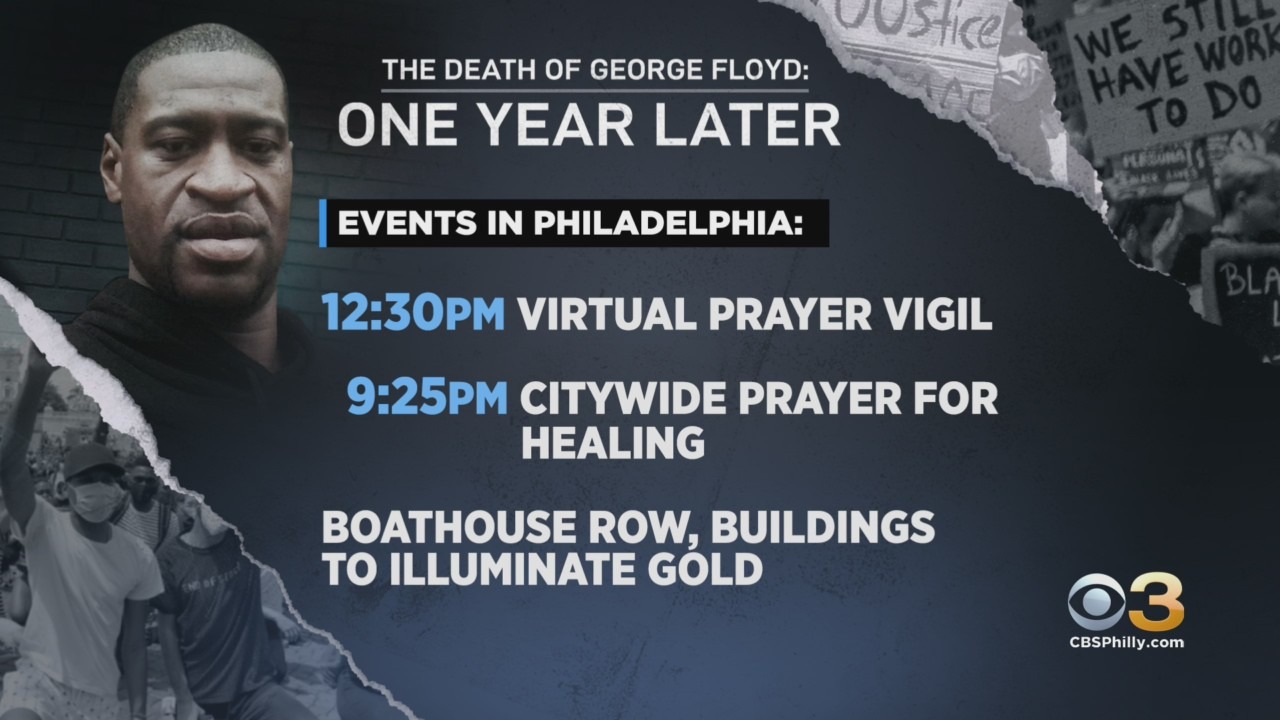 Dozens of buildings, including Boathouse Row, Citizens Bank Park and Lincoln Financial Field will be lit gold in memory of Floyd.

"George Floyd should be alive with his family today and it's incumbent on all of us to keep his memory alive," said Mayor Jim Kenney. "His death represented the countless Black Americans tragically killed by police, and it catalyzed a long overdue reckoning about systemic racism in this country. This week, I urge all Philadelphians to reflect on the tremendous legacy he leaves behind and on how we can continue to work together to enact police reform and dismantle institutional racism."

Members of the Floyd family and others who lost loved ones to police encounters joined in a march in Minneapolis over the weekend. They will also join President Joe Biden at the White House Tuesday.