SPRINGFIELD, Pa. (CBS) -- A massive cleanup is underway after a car crashed through the front of a nail salon on East Woodland Avenue in Springfield Township, Delaware County, on Wednesday afternoon. Police and medics were called out to Infinity Nails and Spa around 1:15 p.m. 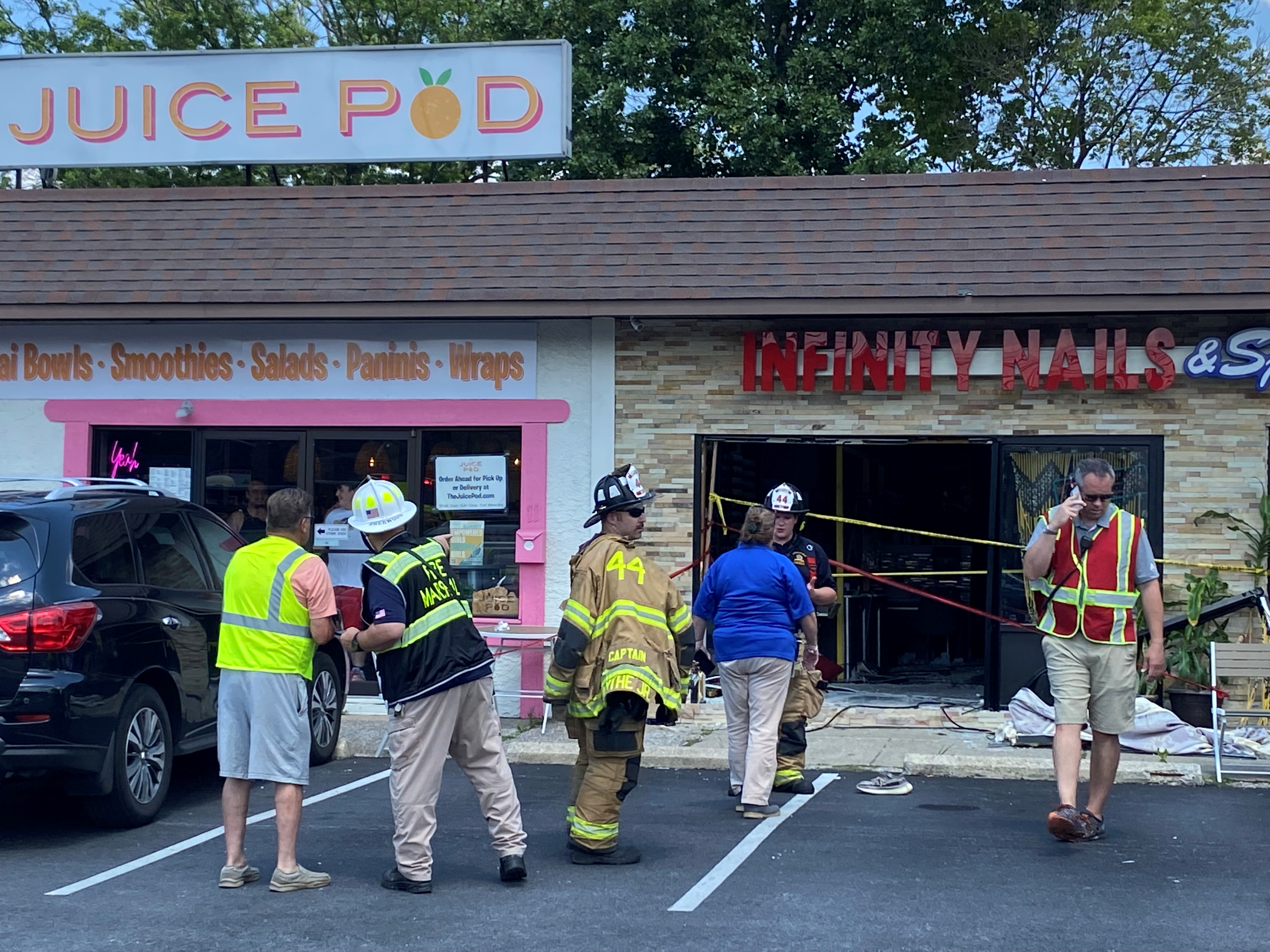 Police tell CBS3 the driver was trying to turn into the shopping center and she could not get her car to stop. That is when she slammed through the glass of the storefront and burst into the building.

A woman was sitting on a sofa at the time of the incident. CBS3 was told the sofa was pushed across the room but luckily the woman was not injured.

Thien Le, a 17-year-old employee, was sitting at the register when the car crashed into the store. 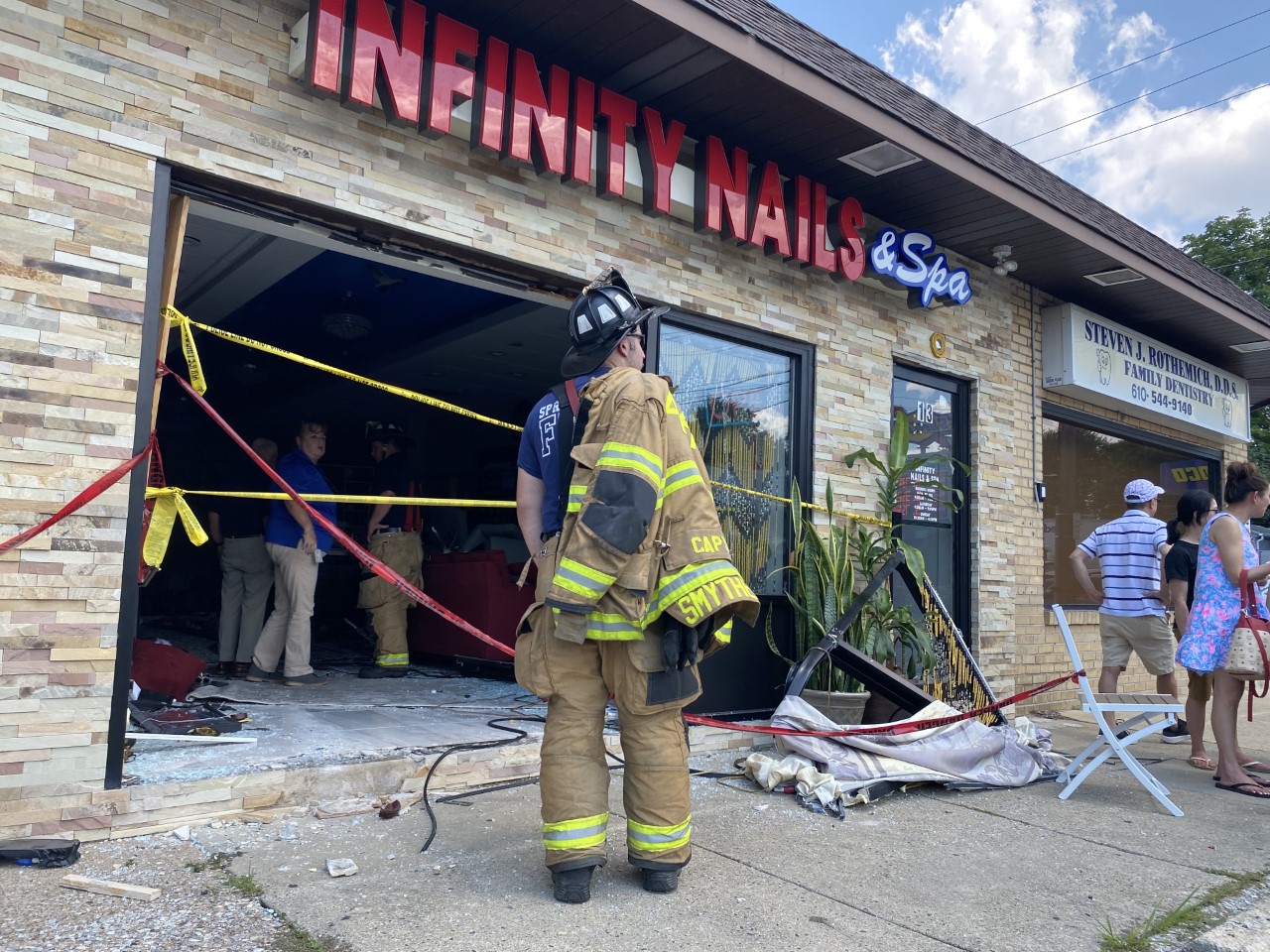 The police chief says three people suffered minor injuries and refused treatment. He says the driver was not impaired and luckily she was not speeding. She will not be issued a ticket and the chief says this was a freak accident.