PHILADELPHIA (CBS) -- A maintenance vehicle was wedged under an American Airlines plane at Philadelphia International Airport after backing into it on Friday afternoon.

The plane was scheduled to head to Raleigh-Durham International Airport in North Carolina at 3:59 p.m. 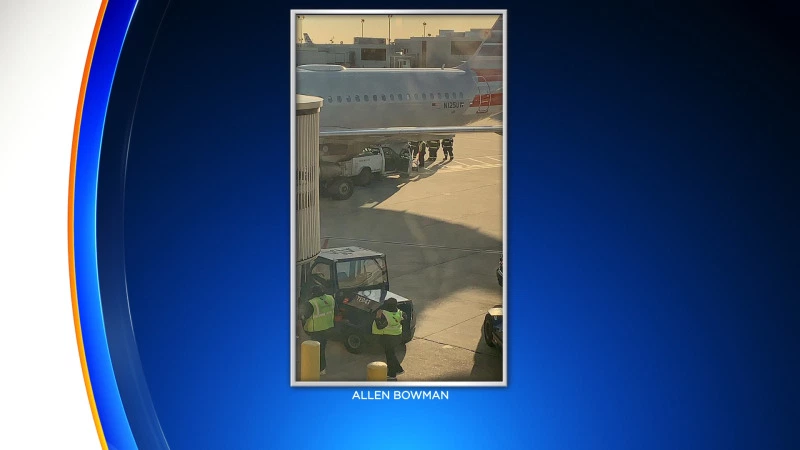 No one was onboard the plane at the time of the accident and no injuries were reported.

The vehicle has been pulled out from underneath the plane. Airport officials are inspecting the underbelly of the plane for damage.

American Airlines says passengers are boarding another aircraft to get to their destination.