WILMINGTON, Del. (CBS) -- A shooting inside the Concord Mall in Wilmington sent a man to the hospital and shut down the mall for the night, according to the Delaware State Police.

The shooting happened around 4:35 p.m. inside the H&M store. The agency said before troopers arrived, a 22-year-old Chester man arrived at a local hospital after being shot in the leg and abdomen.

Troopers said the suspect or suspects in the shooting ran from the scene. 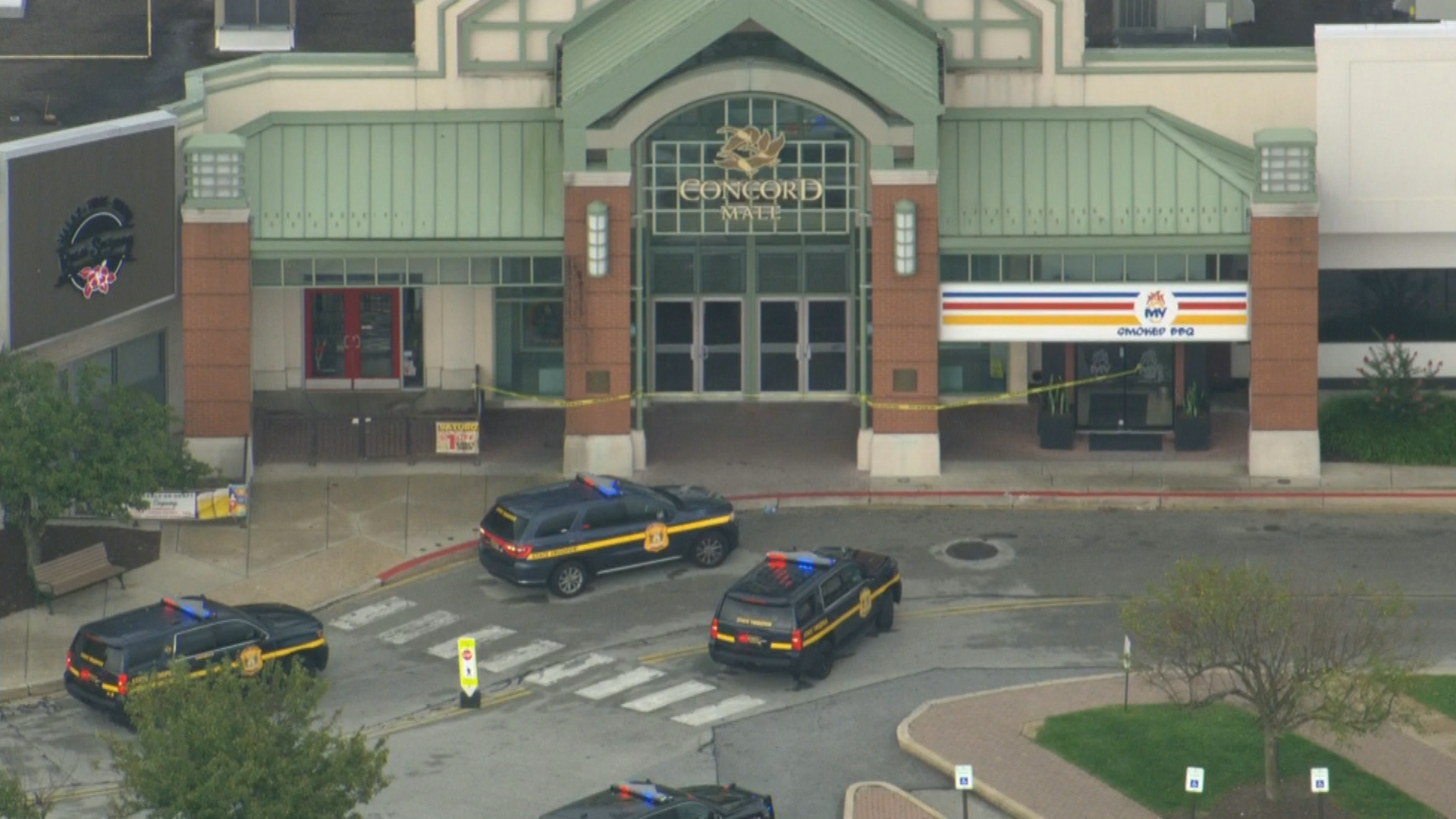 Chopper 3 caught footage of the heavy police presence in the area.

Around 6:30 p.m., authorities said the mall was deemed safe but would close for the night.