Cape May Brewing Company co-owners Ryan Krill and Chris Henke met as freshman in the fall of 2001 at Villanova. The pair quickly became friends and remained close in the years after their graduation.

During one summer weekend at the Jersey Shore, Krill and Henke brewed a homemade batch of beer and decided to ditch their well-paying jobs to open a brewery near the Cape May Airport back in 2001.

Now, in their 5th year, the brewery holds hundreds of accounts across the state of New Jersey and Pennsylvania.

The values and principles instilled by Villanova to the brewery's co-founders have become guiding forces throughout the development and growth of Cape May Brewing Company.

"As we approached the University's 175th anniversary, we wanted to plan a year-long celebration that was fun and engaging for all Villanovans," says Villanova's Director of Presidential Initiatives and Events, Christine Quisenberry. "Lots of activities are scheduled on campus, and we wanted to be sure to find ways to include our alumni throughout the region and around the world in this celebration, too. That's where Ryan and Chris come in."

Villanova's 175th anniversary was something special for Krill and Henke.

"It's a pretty big thrill to be asked to do this for our alma mater," Krill says. "Villanova gave us a great education and lifelong friendships. Being asked to be part of this moment in the school's history is both exciting and humbling. It's great to have a chance to give something back to the school that gave us both so much."

"It's a big deal," Henke says. "It's a great connection to have. A lot of the Villanova guys are big fans of CMBC, so it's been really great that they've asked us to be a part of the 175th anniversary." 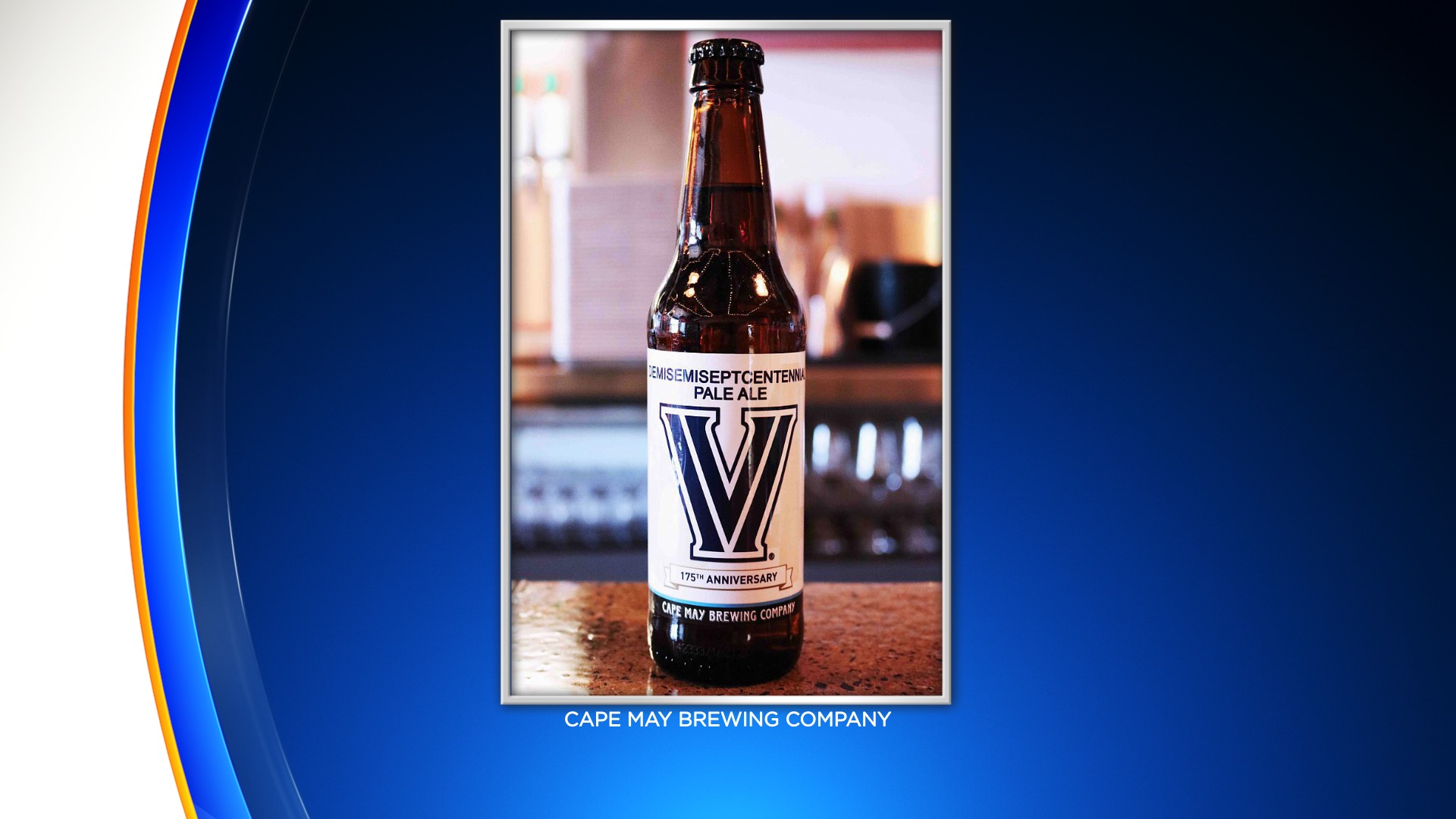 Demisemiseptcentennial Ale, or "Demisemi" for short , is a classic Pale Ale brewed with a sampling of German Pilsner malt, CMBC's house ale yeast strain and a hefty dose of Centennial hops.

CMBC says the result is an easy-drinking and imminently quaffable brew, perfect for cheering the Wildcats to victory this basketball season.

"Ryan and Chris took the idea of an anniversary beer and created something special," Quisenberry says of Demisemiseptcentennial Ale. "We're thrilled that it will be available to our alumni and friends in Pennsylvania and New Jersey!"

The exclusive brew is set for release in six-packs and on draft starting on Wednesday, January 25 at their Tasting Room at 1288 Hornet Road in the Cape May Airport.

The release party will also be attended by Cape May County native and Chicago Cubs outfielder Matt Szczur.

But Szczur wasn't just a successful ball player--he helped save a child's life.

In 2009 Szczur registered to be a bone marrow donor  through the Andy Talley Bone Marrow Foundation and was a match for a 15-month-old Ukrainian girl who was battling leukemia.

CMBC says they will be donating $1 of each pint sold during their release party to Szczur's foundation.

That fundraiser will be hosted by Szczur with CMBC signing on as the official beer sponsor.

To learn more about Demisemiseptcentennial Ale and the events CLICK HERE.