PHILADELPHIA (CBS) – Fall sports are just around the corner and one teenager in Bensalem is asking for old sneakers and cleats. CBS3's Chandler Lutz and 18-year-old Connor Warwick stood in of a pile of shoes on a lawn.

Connor says the two were looking at a couple hundred shoes. 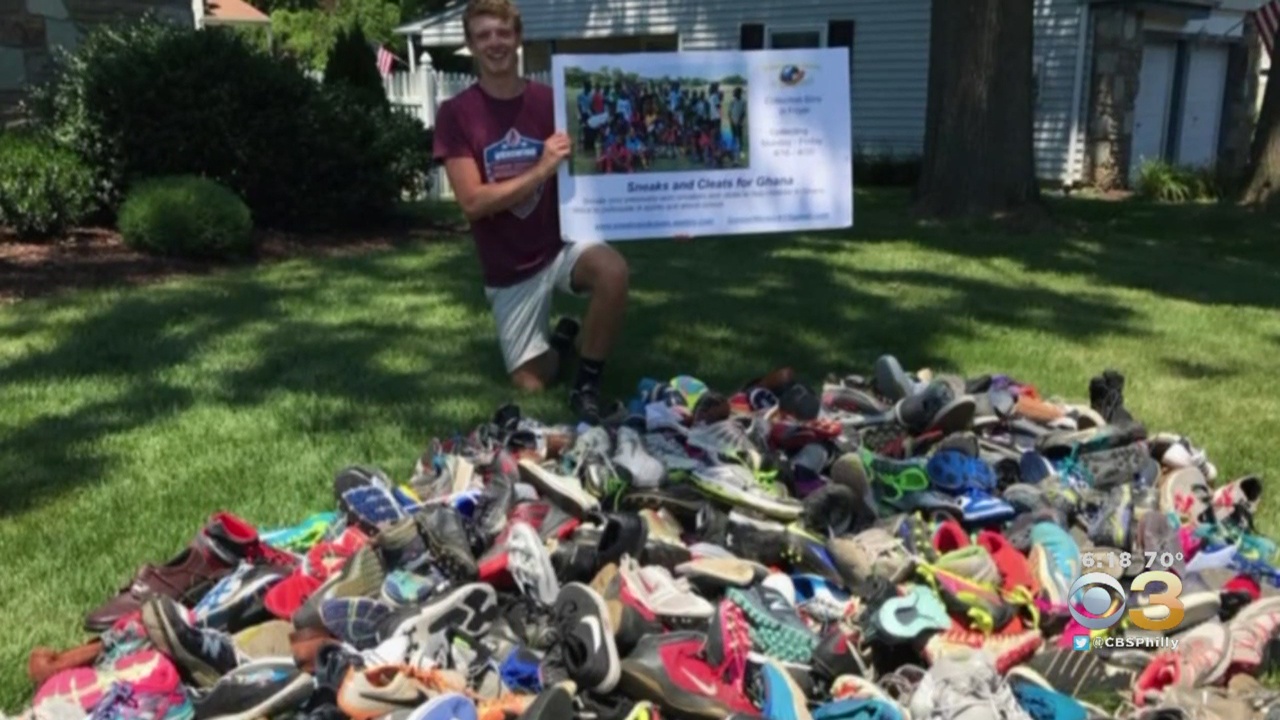 He is ready to pack up the shoes he has spent all year collecting.

The sneakers and cleats will make their way from his backyard in Bensalem all the way to Africa.

"Soccer is big in Ghana and they don't have cleats to play with," Connor said.

Every summer since he was in 7th grade, Connor has sent shoes to children in Ghana.

He calls it Sneaks and Cleats for Ghana.

"Connor really got into it, man, he beat everybody to it," Connor's middle school soccer coach, Winful Ali, said.

And Ali grew up in Ghana.

"Back then growing up, we played barefoot, no shoes," Ali said. "After a game, you would see all kinds of sores and bruises on your feet. I put a word in to Connor and the kids on the soccer team if they could pick up the used cleats so I could send them to the kids back home."

They quickly grew in the last seven years.

Connor also coordinates the shipments when Ali goes to Ghana.

That way, someone is there to personally deliver the shoes to the athletic clubs, schools, and families that need them.

"It's very rewarding for me when I see smiles on the children's faces," Ali said. "I say, 'Don't thank me. Thank Connor.'"

Because the need for shoes is so important, Connor now sends over any shoes he gets.

"A lot of children cannot attend school if they don't have shoes," Connor said. "So it's helping them get an education."

Connor is starting a new chapter of his life, heading off to college.

"I didn't want the charity to just stop here," Connor said. "I am definitely going to keep running it every summer, but I do have people I am going to pass it on to."

Connor hopes to go to Ghana for the first time next summer.

If you would like to donate money for the pricey shipments, visit Connor's GoFundMe campaign.