WALLKILL, N.Y. (CBSNewYork/AP) -- A collision between a school bus and a garbage truck in the Hudson Valley has left one person dead and another seriously injured.

It happened just after 8 a.m. Friday in the Orange County town of Wallkill, state police said.

A truck, being driven by 21-year-old Cesar J. Leon-Sanchez of Goshen, was driving west on State Route 211 when it drifted into the eastbound lane and slammed head-on into a First Student bus, police said. 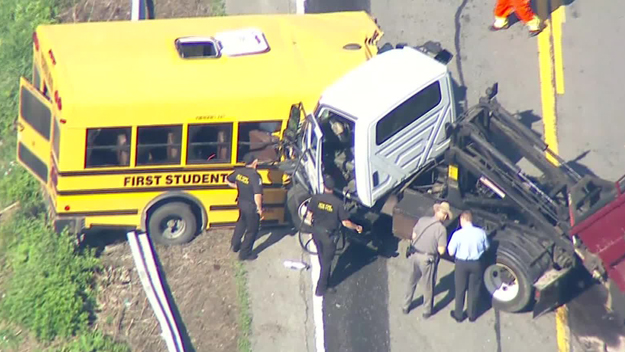 The driver of the bus, 69-year-old Raymond P. Lucca Sr. of Walden, was pronounced dead at the scene, police said. There were no students on the bus at the time of the crash.