Chris Wondolowski is an American who currently plays as a striker for the San Jose Earthquakes from the MLS and for the United States Men's National Team. The 31-year-old soccer player, also known as Wondo, is one of the major top strikers in Major League Soccer.

Wondolowski has no World Cup experience. The 2014 World Cup in Brazil is Wondo's first one. However, he has experience with the US Men's team from the 2011 CONCACAF Gold Cup. He has also played with the USMNT in a friendly game against Chile in Carson, CA, in which Wondo did not score.

Chris Wondolowski scored his first international goal for the United States in July of 2013. The goal was against Guatemala in a friendly game played in San Diego. Four days later, Wondo scored a hat-trick in the first half against Central American team Belize in Portland, OR.

See the 5 Things You Missed At The World Cup this week.

Chris Wondolowski started his professional career with the San Jose Earthquakes. In 2005, the San Jose team drafted Wondo from the MLS Supplemental Draft. In 2006, the Earthquakes moved to Houston and became the Dynamo. However, just like in San Jose, Wondo played for the reserve team. In both reserve teams, Wondo led in scoring.

With the Houston Dynamo, Wondo won two MLS Cups, despite not playing in the playoffs or finals. In 2009, the Dynamo traded Wondolowski to the San Jose Earthquakes who started a new team in 2008. In 2010, while playing with San Jose, Wondo received the MLS Golden Boot for being the highest scorer in the league. That year, Wondo matched Roy Lassiter's MLS record with 27 goals in one season. The Earthquakes, however, did not make the MLS finals that year. 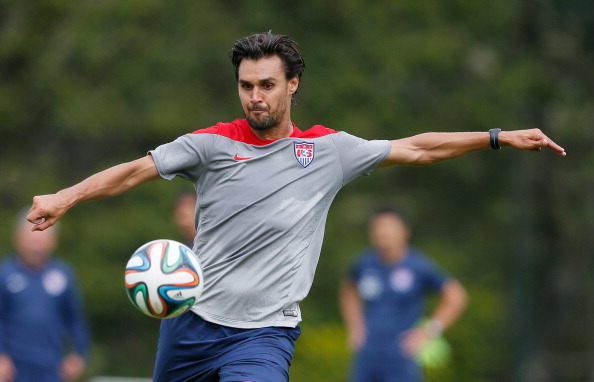 Wondolowski did not get to play in the USMNT's game against Ghana, which the US won 2-1. Since Jozy Altidore has been ruled out for the next game against Germany, Wondo has been brought up by many soccer analysts as the best back-up. Chris Wondolowski could be the replacement for Altidore unless Coach Jurgen Klinsmann goes with Aron Johannsson. Wondolowski is also one of the main reasons why Landon Donovan did not make the US squad.

J.L. Herrera is a huge fan of football and has been following the Raiders since the 1980s during the LA era. J.L. is also a freelance writer and copywriter on the web. He taught English for a little more than a decade in Los Angeles at the secondary level. While writing for web based news outlets, J.L. enjoys reading, creative writing, and watching sports. His work can be found on Examiner.com.