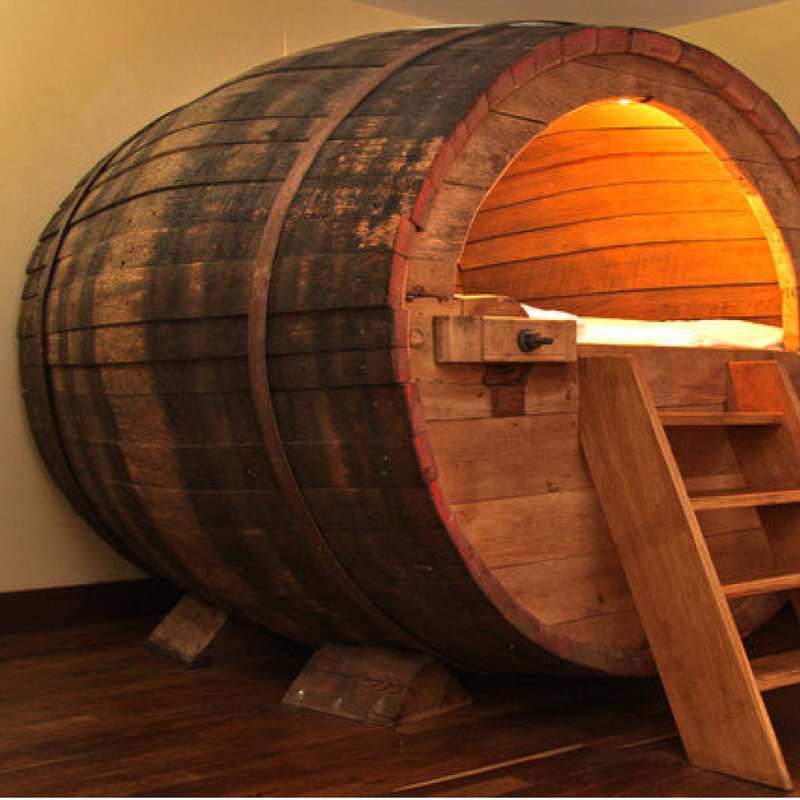 If you dream about sleeping in beer barrels, becoming a cicerone, submerging yourself in a pool of suds, or sipping brews crafted by 14th-century monks, these are six of the best international brew hotels at which you can make those dreams a reality. Also? You should see a shrink about those dreams. 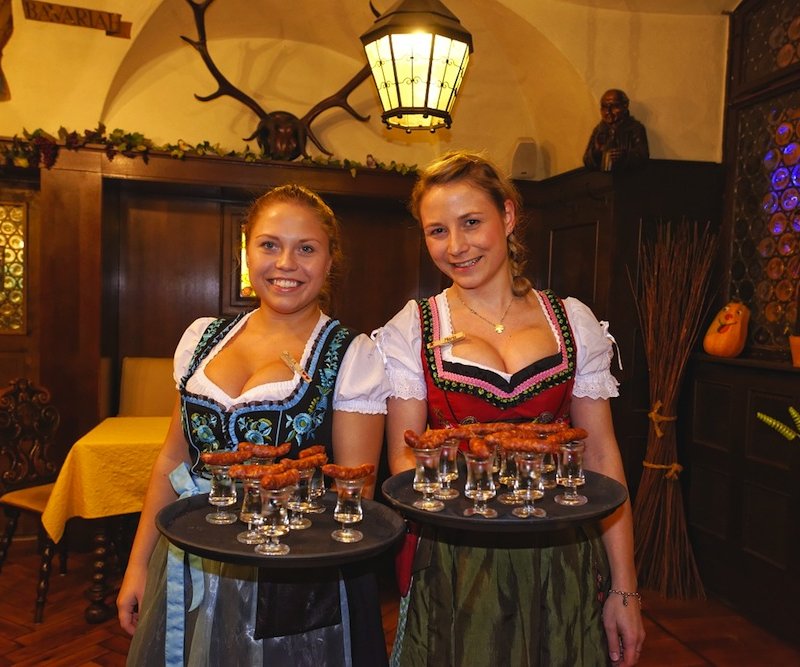 6. Hotel Weierich -- Bamberg, Bavaria
Once home to a butcher, a brewer, and a candlestick maker!! No? protesters during the much-ballyhoo'd 1907 Bamberg Beer War, today this building houses a 3-star hotel and restaurant that offers two special beer programs run by Bamberg's Germany Beer Academy. In addition to beer sommeliers and brew masters teaching you the finer points of wort cooling, the seminars include a burly nine-beer tasting dinner (of traditional Bavarian foods) and "official" graduation diploma. There's also a Beer Taster's Tour that takes you on a brewery junket through the city.
While you're here: There are nine breweries within Bamberg's town walls, so drink up! 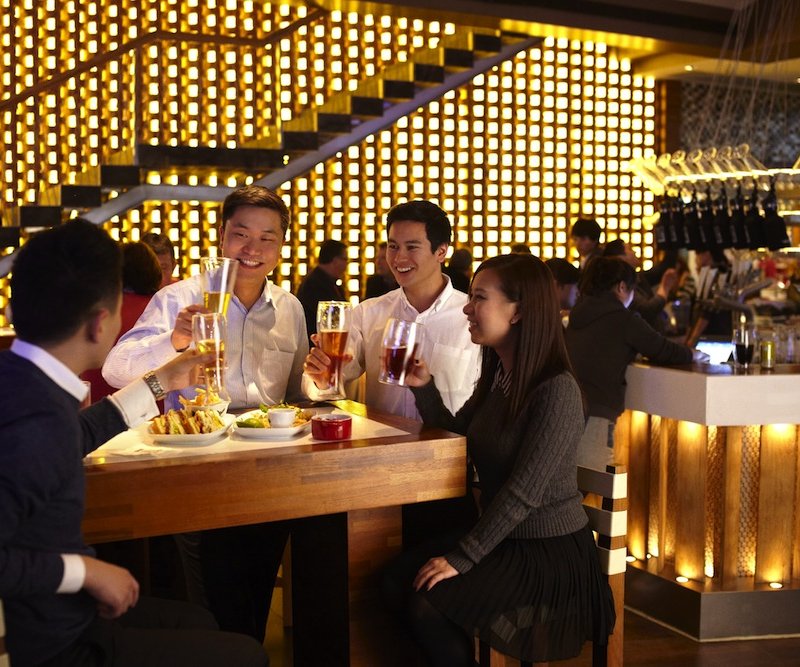 5. Kerry Hotel -- Shanghai, China
Doing its best to give China's beer some buzz, this luxury hotel offers plenty of drinking opportunities for suds enthusiasts, be it sampling the craft beer and cider from their resident brewmaster at the hotel bar, The BREW (two-for-one beers daily from 4-8p), or touring the onsite microbrewery before a multi-course pairing dinner. Each September they host a free craft beer festival, complete with over 50 craft varieties, BBQ and pizza, and live tunes.
While you're here: Shanghai is home to an underrated craft beer scene, so put Shanghai Brewery, Boxing Cat Brewery, and Dr. Beer on your list, not to mention a visit to the "beer boutique" called Cheers In (where we'd be very surprised if anyone knew your name). 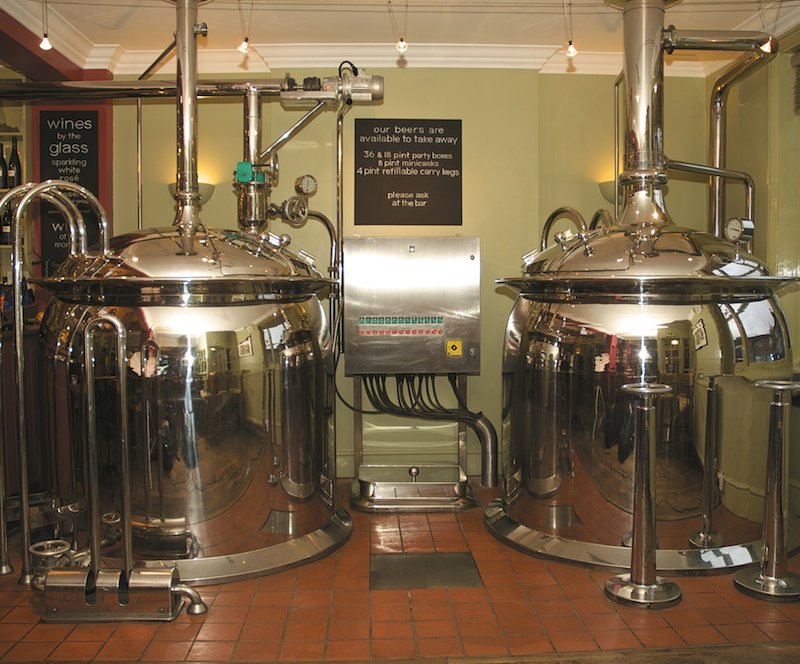 4. The Old Cannon -- Bury St Edmunds, United Kingdom
This brewery, restaurant, and seven-room B&B hybrid serves homebrew, suds-inspired sustenance like Old Cannon Beer-Battered Atlantic Cod and Beef & Best Bitter Bangers, and the chance to watch beer being made over lunch.
While you're here: Check out historic Greene King Brewery; open since 1799 and one of Europe's largest breweries, it runs tours, tastings, and an interesting museum of beer-making history and doodads. 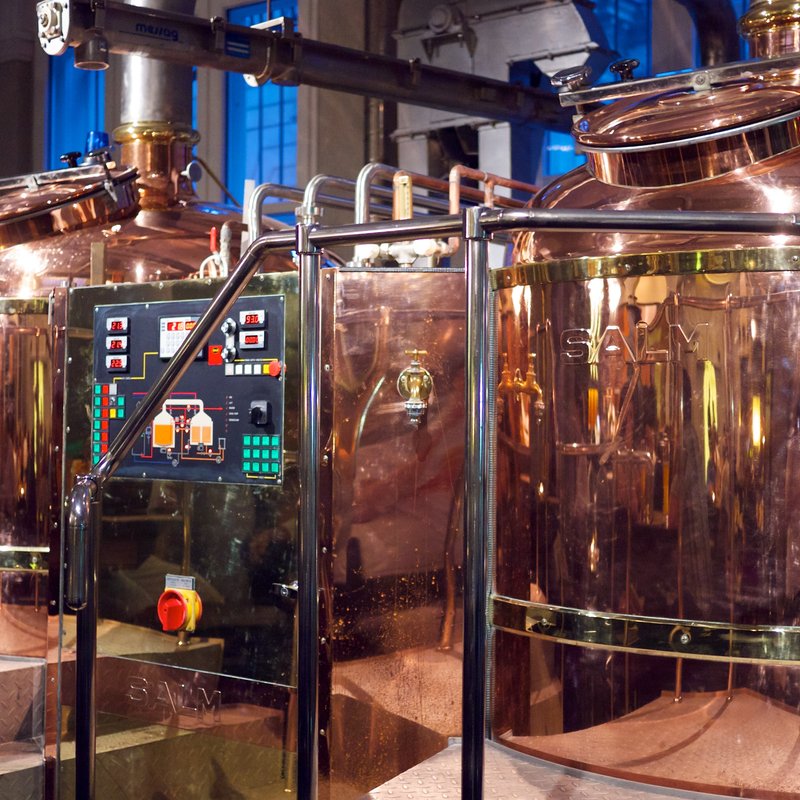 3. Hotel Brovaria -- Poznan, Poland
This 21-room hotel located at Poznan's Old Town Market boasts an onsite microbrewery and offers a beer-themed stay complete with tours, beer bites, and plenty of their signature pils, wheat ale, and honey beer.
While you're here: The nearby Lech Brewery crafts one of Poland's most popular beers, and maintains free tours, interactive exhibits, tastings, and -- most importantly -- the chance to pose for pictures inside a giant beer can (!!). 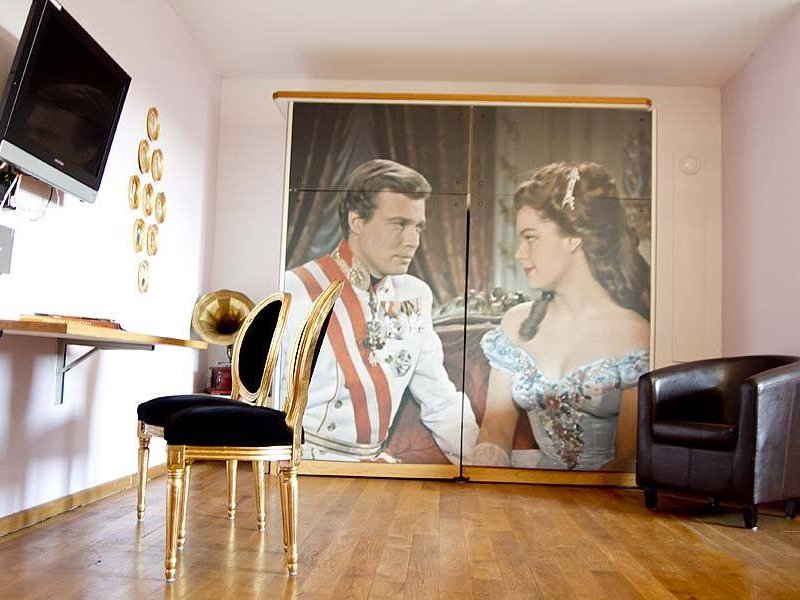 2. Hof Beverland -- Ostbevern, Germany
This 4-star hotel houses an unusual experience; you're invited to sleep in an actual 19th-century beer barrel. Also, relax in a beer-barrel sauna. Finally, tour the city in a beer-barrel car! Just kidding. We made that last one up.
While you're here: Explore the area's beer heritage at nearby Potts Naturpark Brauerei; it was established in 1769, maintains a museum, and serves typical German fare paired with beers brewed in-house. 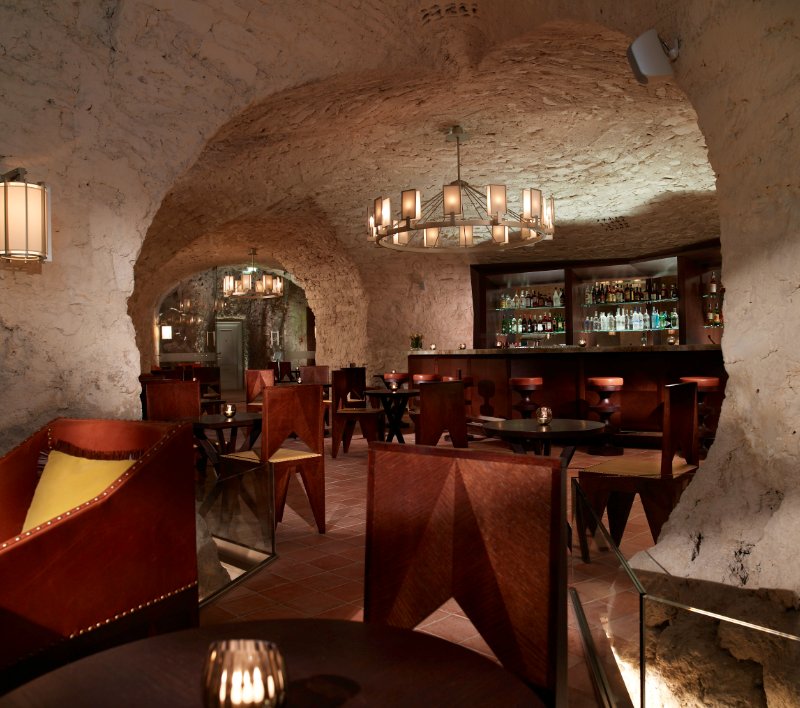 1. Augustine Hotel -- Prague, Czech Republic
This seven-building, 5-star hotel complex in the heart of Prague includes a 13th-century monastery and cavernous brewery once used by Augustinian monks. Short list of activities while there: Sip dark lager made from the recipes of said monks -- check. Eat veal shank braised in St. Thomas beer at their Elegantes Restaurant -- check. Hit the spa for a St. Thomas Beer Body Ritual, which involves being exfoliated with ground organic beer hops, hydrated with monk beer, and massaged -- ok, that's slightly weird. But intriguing. Check.
While you're here: Grow your local brew culture/knowledge by exploring the country that invented Pilsner on a daily Prague Beer Tour.