The New York Knicks have restored a little hope to their fans this season following Carmelo Anthony's recent record-breaking night at Madison Square Garden. Will Anthony lead the 'Bockers to victory as the team battles it out with the Bucks, Trail Blazers, Nuggets and Thunder this week? Watch the action at one of our favorite Knicks-centric watering holes.

Open for just under a year, this West side destination is slowly becoming the ultimate hangout for Knicks fans. It comes as no surprise, as the restaurant and bar is named for one of superstars of the Knicks championship era, Walt "Clyde" Frazier (who frequents the hot spot to mingle with fans). The bar offers 10 signature drinks ("Clyde's Cocktails") featuring names reminiscent of Clyde's famous rhymes including Movin' & Groovin (tequila, grapefruit and lime), Winning & Grinning (raspberry vodka, triple sec, ginger liqueur and cranberry) and Dancing & Prancing (bourbon, apricot jam and sage).

During last year's Linsanity (sigh), this sports bar - known for its superior pub eats and atmosphere -welcomed the resurgence of New York basketball by offering a free open bar after every Knicks win. While we're no longer cheering for Jeremy Lin here in New York, catch Melo, Kidd, Novak and the rest of the 'bockers at SNAP, where the wings are still delicious. For more Jeremy Lin nostalgia, check our our feature on last year's best Lin-spired food and drink items in New York. 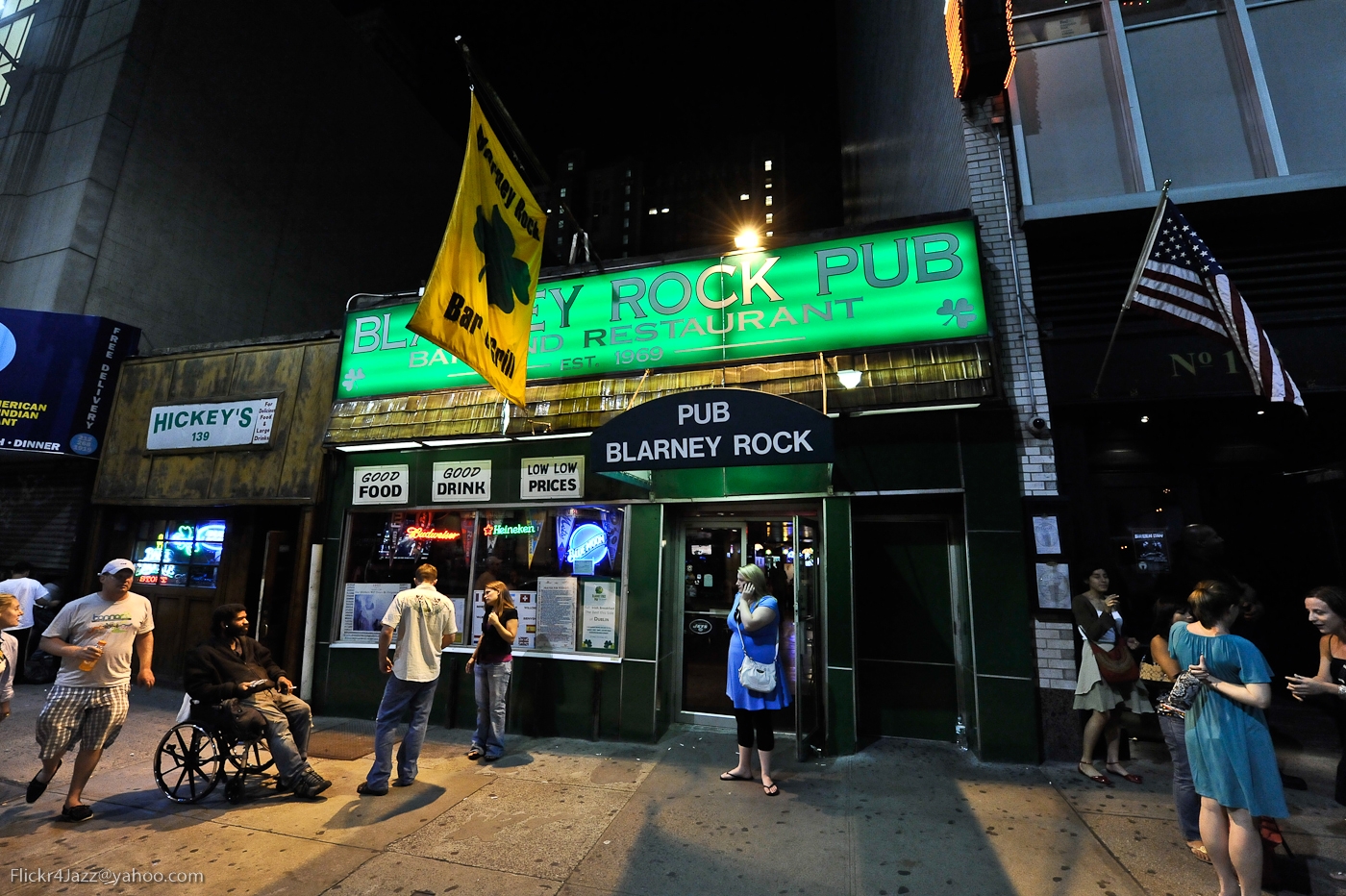 This old-school Irish bar still has the requisite pinch of grit lacking in so many of its Midtown neighbors. It's a haven for Knicks fans on game night, and judging by the decor, it has been for decades - they've got the sports memorabilia to prove it. Happy hour specials kick in just in time for tip-off: $1 dollar off every drink as you take in the action on any of the bar's 14 big screens.

This is one bar you don't have to worry about missing any of the action. If you look to your left or over to your right, there's a good chance you can catch up right where you left off on one of the 36 HDTVs in Stout. Right around the corner from the Garden, you can almost feel the energy of the game taking place. And if you have tickets to see the Knicks at MSG, it's a great celebratory post-game stop.

MSG isn't the only place with different sections for the fans to sit. Local West has its own version of nosebleed and courtside seats with four different levels to choose from. Find the spot where you're most comfortable and eat and drink like a king while you watch your team go to battle. If you're with friends or just really hungry try the Local Pu Pu Platter featuring Tater Tots, Chili Salt Calamari, Buffalo Tenders, Buffalo Shrimp, and Mozzarella Sticks for $22.

When the Knicks start turning up the heat on the court, you can take your napkin and wipe away the sweat on your face from the spicy Southern cooking. The only problem here is that the food may distract you from the game since you'll be looking for the perfect BBQ sauce pairing on the table while play is going on. If a pulled pork sandwich or a Po' Boy will be too much trouble, just stick with the Mac & Cheese. Then there's also the always tempting fishbowl full of alcohol, which you may want to try if the game isn't going your way.