The 50 seat Spiral Theatre Studio, which opened in September on West 36th Street in Manhattan, is an eco-friendly theatre founded by actress and director Paula J. Riley, who, at 70 years old, told 1010 WINS she's living a dream.

The concept for the space was inspired Riley's mentor, actress and stage and television director Iza Itkin, who conceived and created a 12 piece modular stage that she used as a personal teaching studio in her home.

"I learned how to act on it, and by osmosis I learned how to direct", Riley told 1010 WINS.  Itkin passed away in 1993, and Riley says she regretted that the stage died, in effect, when Itkin did.  Ever since, Riley's had the dream of resurrecting the concept as part of a working theatre in Manhattan.    "I created an acting process that was developed out of what I had learned from her on this stage, and so I felt the need to bring that back and make it more public than it had the chance to be under Itkin." 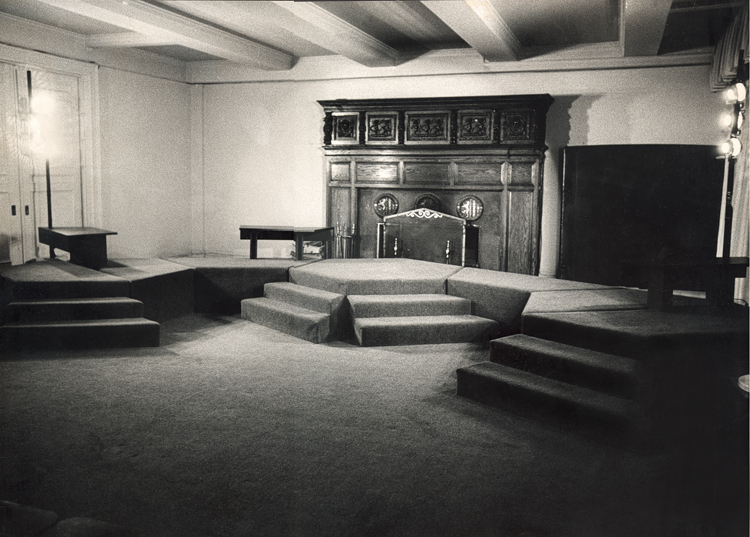 What makes it green?  There's no scenery at all.  Instead the stage is movable and overhead projections are used.  In addition, the theatre features primarily LED lighting and carpeting that is sustainable.  Riley say the setup makes for a "playground" for both actors and audience members, who get to use their imagination.  "I don't think any two people in the audience see the same program", she told 1010 WINS, "When we do productions I always hear, wow that was so incredible.  I never felt so intimate. I never felt so close to the story line".  Riley says she hopes this space will inspire other eco-friendly theatres to be built both in New York and around the country.

The Spiral Theatre Studio offers several ongoing programs, including the Salt & Pepper series which involves what Riley calls seasoned citizens (actors) in productions that aim to convey the grace and grit of aging with dignity and humor.  They also feature an African-American writers series and a Women's writers series, which Riley says offer truthful and important theatre at an affordable ticket price.