For over 30 years, the art duo of have been living as though it's the end of the 19th century. From an 1800's townhouse in the East Village they created their art by candlelight, lived without modern appliances and traveled through Manhattan on horseback complete with top hats and the finest couture from nearly a century ago.

As painters, photographers, playwrights and filmmakers, the artists came of age during the same East Village art scene that made superstars of Keith Haring (their one-time roommate) and Julian Schnabel (who's championed their work). Notorious in their own right and exhibited locally through Chelsea's prestigious Chime & Reid Gallery, McDermott & McGough have been the subjects of countless stories told both in print and oral legend.

Though the artists are quick to dismiss the notion of dandyism, with the success of Lord Whimsy's The Affected Provincial's Almanack, which is being made into a movie starring Johnny Depp, and the trend of throwback American gentlemen attire and etiquette, hopefully more people will be introduced to the beautiful and artistic world that McDermott & McGough have created. 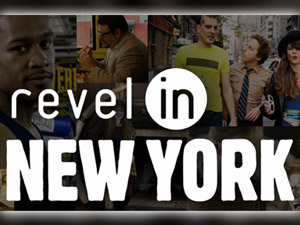