Derek Fisher is the latest NBA coaching casualty. He joins a handful of local bench bosses to find themselves out of jobs over the past few years.

Here are the five most recent examples: 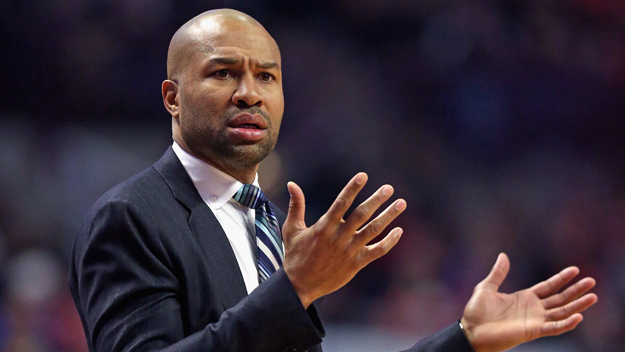 Fisher's dismissal was attributed to philosophical differences and off-court issues. Additionally, the Knicks were in the midst of a dramatic free fall, after demonstrating that they were perhaps ready to take the next step for much of the season.

It's been a bad season for Brooklyn basketball, and Hollins' inevitable firing was just the latest reminder.

After multiple years of success, Gang Green plunged downward. Whether or not Ryan was to blame is up for debate, but either way, it's clear a shakeup was necessary.

His handling of younger players was questionable at best, and the Devils were in need of a new direction.

Woodson did an admiral job after taking over behind the Knicks' bench, but he was always a stopgap. Turns out, his successor also wound up being just that.