Does your New Year's Eve celebration never live up to the high-priced hype? Make ringing in 2014 an all-around awesome experience with these NYC bars and restaurants offering everything from casual bar side cocktails to the full VIP club experience. Don't let yourself be disappointed this year by making reservations now. By Sarah Shaker.

The recently opened Lower East Side whiskey bar is hosting the "Start Your New Year with a Bad Decision" party for a downtown-cool way to ring in 2014. Enjoy a four-hour long open bar from 9:00 p.m. to 1:00 a.m. for $95 to experience their array of retro whiskeys, many of which have been produced in Kentucky for generations and just released in New York. Music will be pumping and Chef Julia Gersuk will be slinging international gastropub fare and plenty of charcuterie to pair with your whiskey pours.

In both Astoria and on the Upper East Side, MexiBBQ will host two styles of New Year's Eve celebrations. Start with a prix-fixe three-course dinner for $39 per person from 5:00 p.m. to 9:00 p.m., followed by an open bar from 10:00 p.m. to 1:00 a.m. for $48. Stay for both or choose one option - either way you'll have a fun neighborhood hangout session to ring in the New Year. Enjoy a live band, champagne toast at midnight, plenty of fun party favors and a late-night menu to end the evening deliciously. 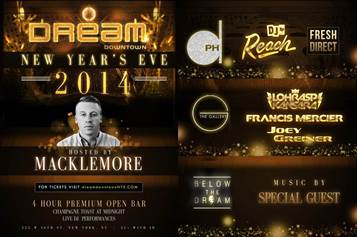 Music lovers can wave goodbye to 2013 alongside international superstar Macklemore at the annual Dream Downtown New Year's Eve party. The "Can't Hold Us" singer will host the entire property event, making his rounds through the hotel's three swanky party spaces: The Gallery, PH-D Rooftop Lounge and Below the Dream. The night features a premium open bar, passed hors d'oeuvres and a champagne toast at midnight with tickets starting at $175.

If your idea of partying is an indulgent meal, make reservations to head to Fogo de Chȃo to eat your way out of 2013. The popular Brazilian steakhouse, which just opened its first-ever New York location and largest outpost to date, will host a New Year's Eve and New Year's Day feast fit for even the hungriest foodie, featuring unlimited 16 delectable cuts of fire-roasted meats that are carved tableside by authentic Brazilian gaucho chefs. Plus two sensational winter salads for the lighter palate, Orange & Kale Salad and the festive Roasted Beet & Butternut Squash Salad will round out your celebration. 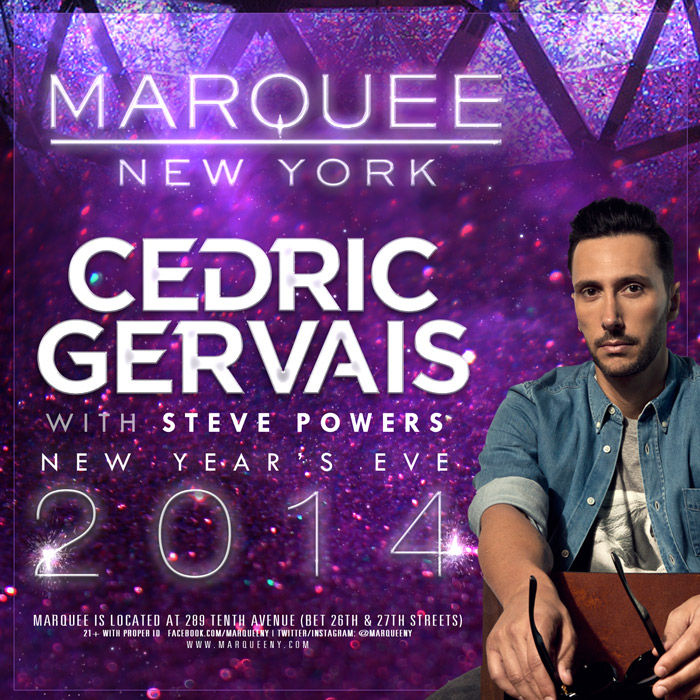 Ring in the New Year at the legendary Chelsea nightclub Marquee New York. Rock your sequined dress and sharpest suit to enjoy music from famed DJ Cedric Gervais and opening DJ Steve Powers. Watch a live feed of the Times Square Ball Drop as you enjoy cocktails from the 4-hour premium open bar and taste passed Hors d'oeuvres throughout the evening with tickets starting at $175.

This New Year's Eve THE OUT NYC has got everything covered offering up a place to stay, dine, dance and recover. This Hell's Kitchen hotel houses KTCHN for an energetic dining experience and XL Nightclub for a crazy night out without having to leave the building. The New Year's Eve Package will include a two-night stay at THE OUT, dinner and drinks at XL Nightclub for "New Year's Eve 2014: The Phantom Ball," a Rejuvenate Brunch at KTCHN on Jan. 1 and even a spa package including a massage and facial. Or you can book meals at KTCHN and tickets to XL Nightclub's party separately, depending on your NYE needs. 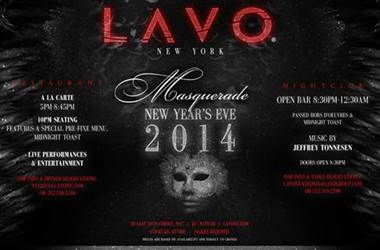 Dine on a delicious Italian dinner from the a la carte menu or treat yourself to a special $200 prix fixe starting at the 10 p.m. seating at Lavo's Masquerade New Year's Eve party. Enjoy dishes including Scampi with Roasted Fennel and Spaghetti with Kobe Meatballs, as performances and entertainment will take you and your crew deep into the dream world of masked mystery.