FRANKLIN TOWNSHIP, N.J. (CBSNewYork) – Police in one New Jersey township are searching for the teens they believe threw a rock through a mother's car window, missing her four-year-old daughter by just inches.

The jagged rock seemed even scarier to little Zoya when it came crashing through her mother's passenger side window just after midnight Sunday.

The girl had been sleeping in the back seat, and says she woke up with glass all over her head. 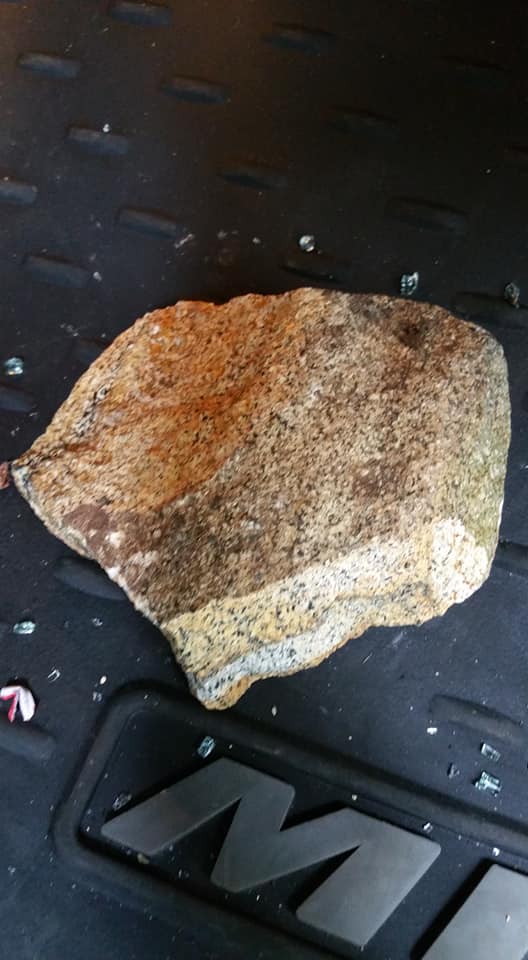 Zoya's mom didn't want to go on camera but told CBS2 they were on a quiet back road in Franklin Township, New Jersey. At first, she says she didn't know what hit them.

"I just felt glass shatter all over the side of my face, chest, back," the 35-year-old mom said.

She then spotted the rock on the car floor and realized it had missed Zoya's face by only a few inches.

"Because where the rock hit the seat in the front is exactly where her face was in the back," the mom said.

They were driving home from a dinner party when she noticed some lawn chairs sprawled out in the middle of Willow Avenue. She slowed down, and considered getting out of the car to move them, but before she could do anything the window shattered.

"Those chairs were basically a decoy to get someone to slow down," the mom said.

When she called police, Zoya says she made sure her mom was okay.

Luckily neither daughter nor mother walked away with any serious injuries, but Zoya gained a bravery well beyond her years.

No arrests have been made as police continue to search for the suspects, who they believe to be local teenagers.