NEWARK, N.J. (CBSNewYork) -- Two missing children from New Jersey are safe after they were found in Boston, and now their father is under arrest.

The case is raising serious questions about security for children under protection.

In the image provided by authorities, the estranged father can be seen marching out of the Robert Wilentz state office building in Newark with his two kids in tow. It's on Washington Street, outfitted with the kind of security that's common these days for a government office and court complex. 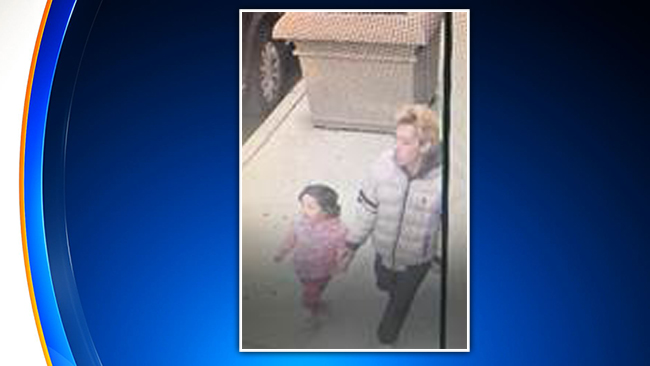 The only problem was that 30-year-old Moso Tene, who grabbed the kids and changed his hair color overnight, doesn't have custody of his children and was supposed to be visiting them under supervision by court order.

Resident Ethel Gordan says it's strange since they have such good security, checking and searching whenever people enter the building.

The security, designed to keep intruders out completely, failed the kids being supervised by the state for the parental, non-custodial visit. He walked right out onto downtown Newark, the building a short walk from Newark Penn Station.

"I think it's really crazy that he walked out of a whole building full of police and courtrooms and lawyers and everything else," Morristown resident Derrick Nova said.

What's more, Tene and his children Sammy and China -- ages four and five -- were missing three and a half hours before cops were called. It was more than enough time to hop a bus north.

There was an interstate alert out overnight, and transit cops in Boston found the kids at a bus terminal. Their father has roots in the city, and Wednesday night he's becoming familiar with a jail cell there.

So how could this happen?

People familiar with New Jersey Family Services in Newark say it's not a surprise.

"My caseworker, she's literally never paying attention," Newark resident Ariel Jefferson said. "I tell her all the time, if I was crazy I would have literally walked off with my own kids."

But losing two children for 16 hours may make the state agency more receptive. CBS2's repeated inquiries about security have not yielded a response.

Tene was arrested on a fugitive warrant. He is scheduled to be extradited back to New Jersey where the Essex County Prosecutor is handling the case.