One of the main areas of interest is Harlem, but neighbors believe encouraging injections will only make the problem worse.

Syderia Asberry-Chresfield has lived in her Harlem brownstone for more than 30 years. These days, she is considering leaving for good, as drugs inundate her neighborhood.

"We have 22 schools within a two block radius of these methadone clinics," Asberry-Chresfield said. "This is normalizing behavior for our children. There's nothing normal about this." 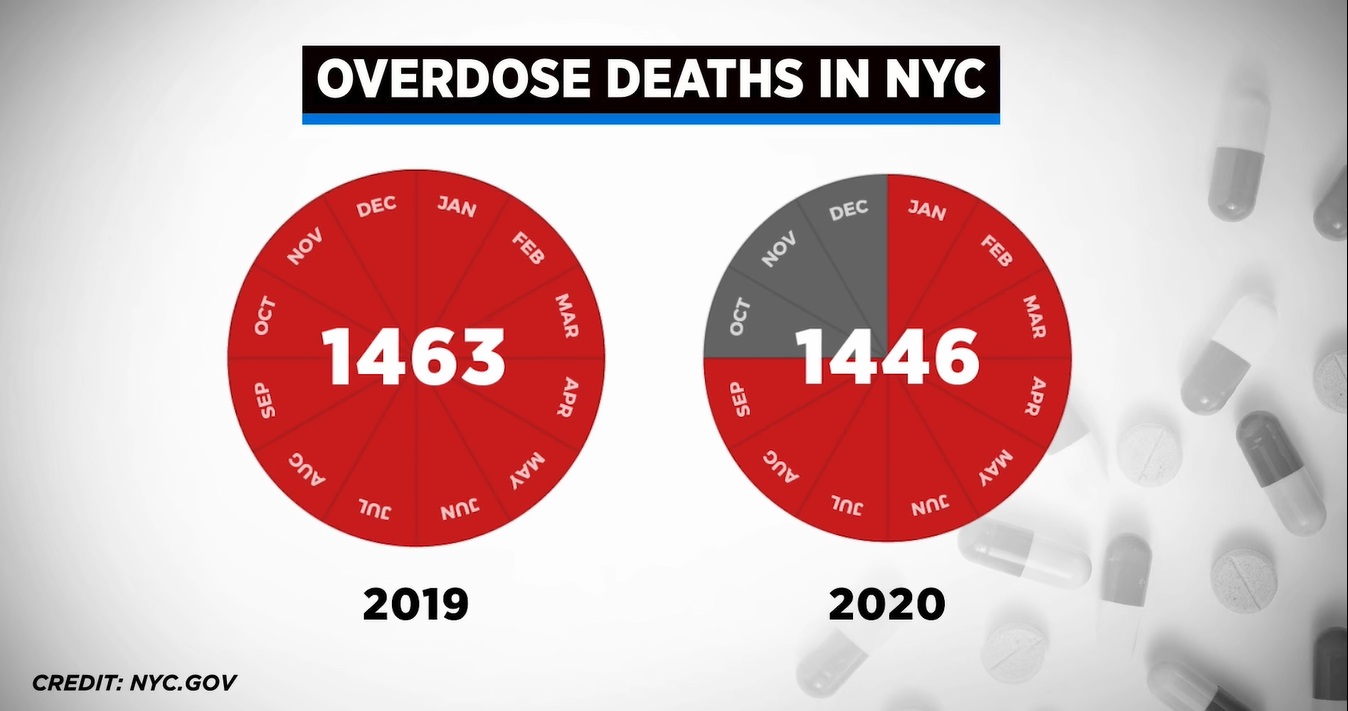 Co-founder of the Greater Harlem Coalition, Asberry-Chresfield is on a mission to reduce the number of treatment facilities in the area. She says the programs are bringing users, and their dealers, from other areas.

But according to Dr. Chinazo Cunningham, New York City's Executive Deputy Commissioner of Mental Hygiene, more services are the answer, in the form of overdose prevention sites, where users can inject their drugs under nurse supervision.

"This is bringing people inside, giving them a safe environment and then linking them to other treatment," said Cunningham. "Treating people with dignity and respect, reducing their harms and then ultimately linking them to care."

New York City reports that, in 2020, more people died from overdoses than any other year in history. January to September of last year saw nearly the same death toll as all of 2019.

The areas with the highest overdose rates were Harlem, the South Bronx and Staten Island. 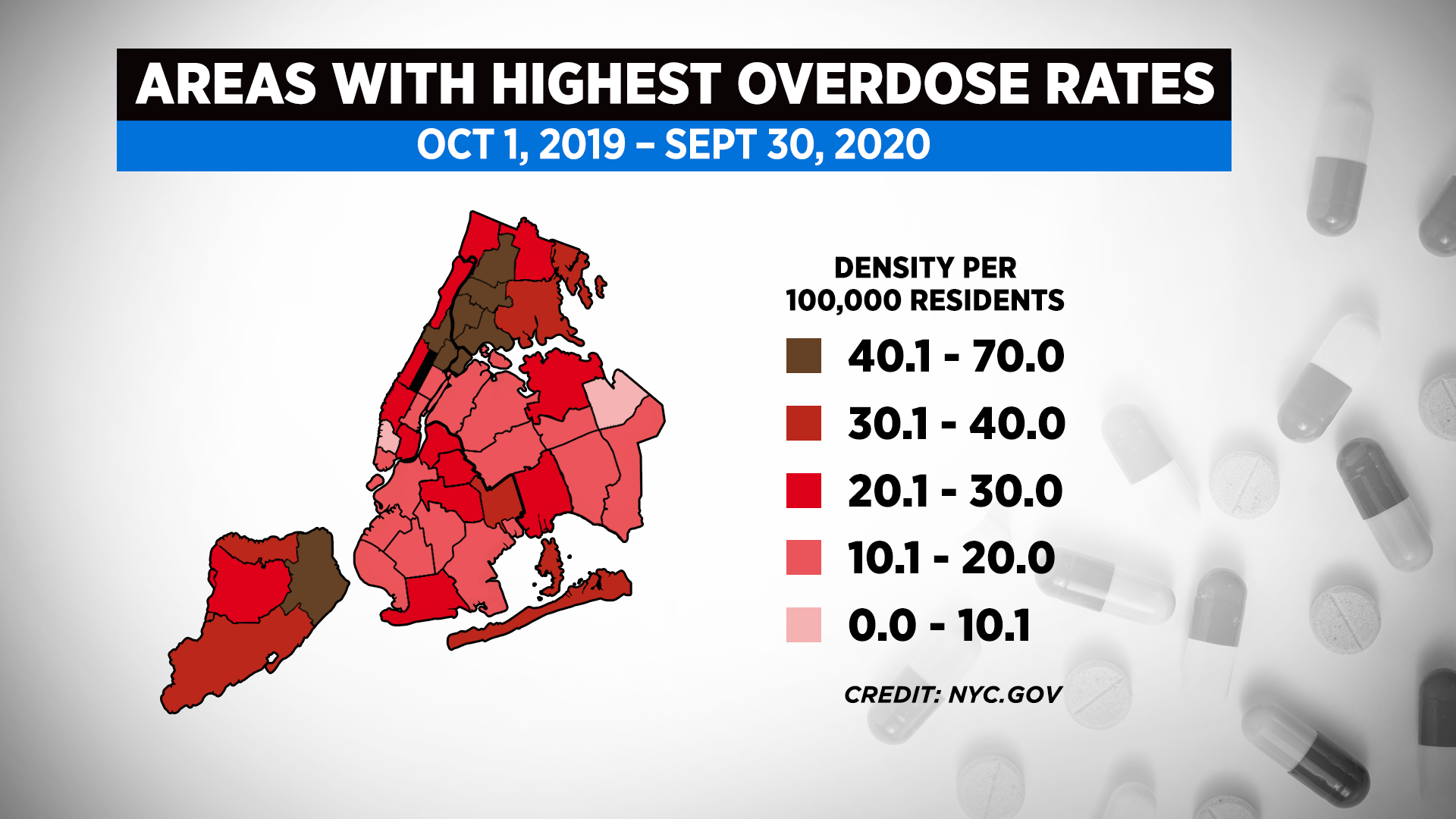 "COVID has made many things worse, including overdose deaths... we know that people were isolated and so that if people did overdose, there was nobody around them to give them Naloxone and call 911. We also know that people's mental health symptoms got worse," Cunningham said.

But Asberry-Chresfield saw something else happen, too.

"While we were inside," she said, "everybody else was outside. And they weren't just outside. They were outside claiming their territory."

Asberry-Chresfield says increased police patrols have had minimal effect, because laws are not strict enough on drug dealers.

As New York City weighs whether overdose prevention sites would help clean up the streets, decisionmakers are also weighing their legality.

"It's similar to the way that cannabis remains illegal, right? And in this country, obviously, the states, you know, local authorities have moved forward because of the need," Cunningham said. "And so we see that sort of similarly in terms of the need has never been greater than it is now. People are dying. We have to do something."

"I totally get it," said Asberry-Chresfield. "And a friend of mine just lost her daughter, and I went to the funeral over the weekend and it was terrible. And I totally understand… but it's just not the answer."

The city's still exploring the best option for combatting the overdose crisis and various impacts on communities such as Harlem. The mayor says he wants buy-in from the neighborhoods being considered before any overdose prevention site opens.