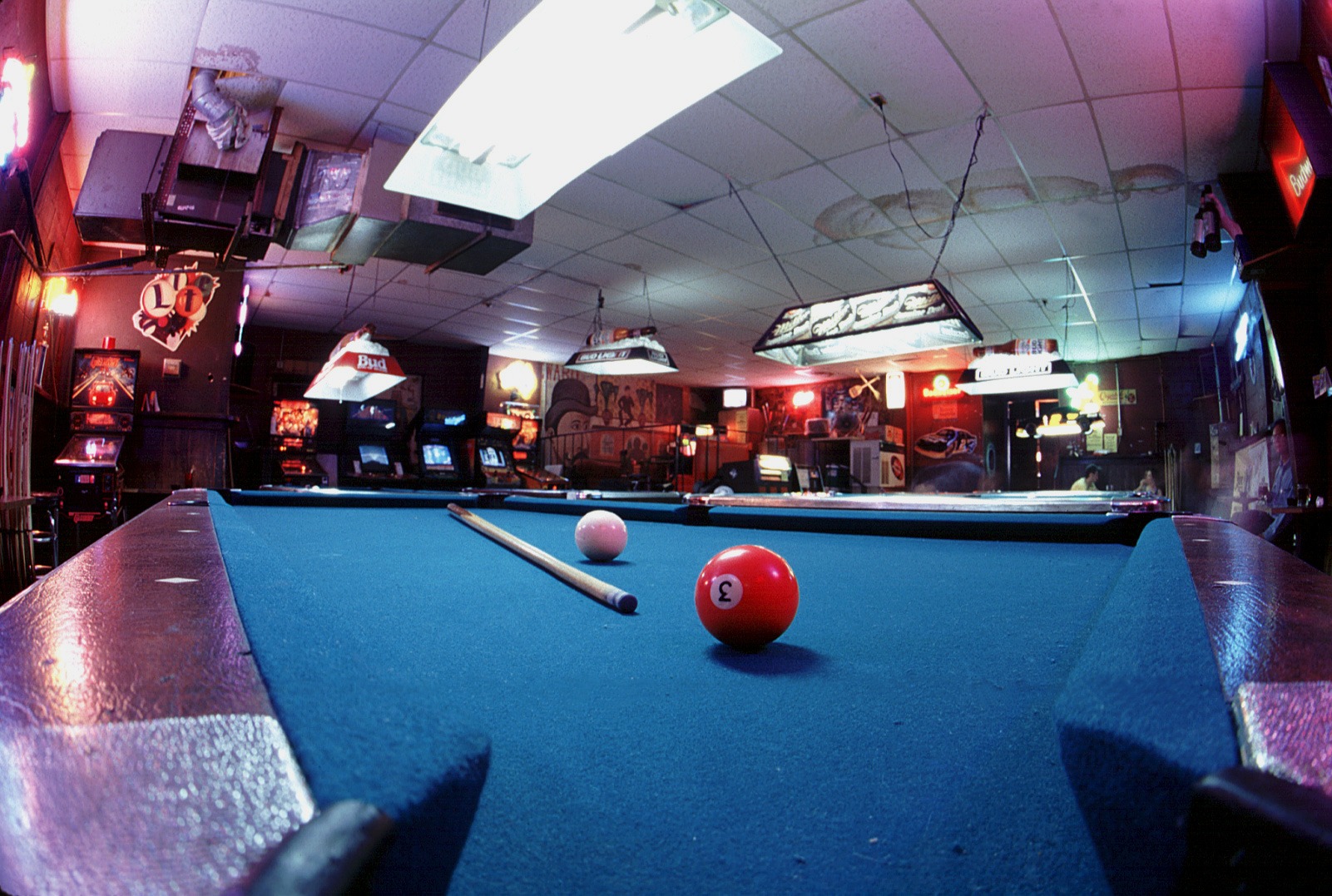 Going out is all well and good, but there are nights when everyone wants something a bit more relaxed and directed than simply drinking. This is why pool was invented. Whether you're planning on channeling your inner Minnesota Fats, or simply want a quiet evening's enjoyment with friends, nachos, and a companionable beer, one of New York's many fine billiards establishments has a home for you. By Chris Kelly. 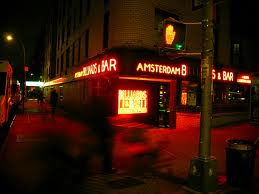 This Upper West side institution has migrated to glitzy new digs near Union Square, complete with an honest-to-god velvet rope in front of the door. Oak, oriental rugs, and rich Corinthian leather abound around a fully-stocked bar complete with bottle service and prices to match – $5.50 per person per hour on weekdays spikes to $8.50 on weekend nights. Still, despite the armchairs-and-oil-paintings aesthetic, Amsterdam is no tourist trap, and is often cited as "the only game in town" for serious players and the few remaining sharks. The hall hosts several leagues on its twenty-six tables, including some for beginners, and also offers lessons from staff pros. 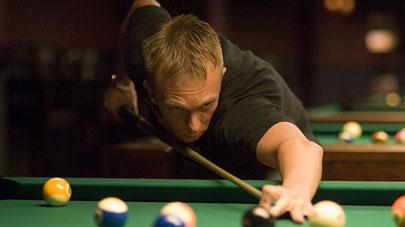 This new kid on the block is channeling some seriously old spirit, and may become a contender with Amsterdam Billiards in the field of serious pool. Announcing its mission as "the reintroduction of a pool hall into the heart of historic district of Manhattan", the basement-situated Society attempts to connect to pool's romantic past, channeling the spirit of Paul Newman over that of Tom Cruise. In keeping with this philosophy, it's designed with pool junkies in mind, complete with all-new equipment, a pro shop for cue repair, and several APA-regulation "bar tables", while still leaving room for a full bar and excellent food. Rates are similar to Amsterdam Billiards, fluctuating between $5 and $10 per player per hour depending on time of day and day of the week. 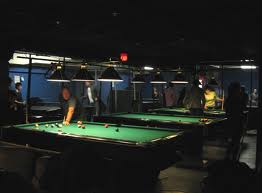 As comfortable as its namesake, this Christopher Street cave has "the ratty psychedelic feel of a saltwater aquarium circa 1976", as New York Magazine puts it. 10 crisp pool tables share space with ping-pong, foosball, shuffleboard and pretty much every other analog game ever to bedevil the minds of 13-year-old boys. Pool is cheap, at $5.40 per person per hour on weekdays and $6.60 on weekends, calculated at a bizarre cents-per-minute rate. The chillout pit behind the bar is the perfect place for a semi-fierce game of Scrabble, sprawled out on a friendly herd of brokedown couches rescued from dead rec rooms of the Carter administration. Jazz combos take the stage every night around 7 pm for a jam session that lasts till four, occasionally sharing the mike with doo-wop, gospel, Latin, and chamber music groups. $3 cover, beer and wine only. 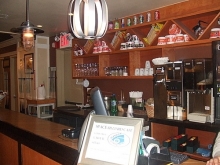 Entering Space Billiard Café is a vaguely Matrix-like experience in which a shaky, death-defying elevator ride to the top of a nondescript Koreatown office building reveals a quiet, well-lit pool hall totally unsuspected by anybody walking below. Here, serious men focused on the game shoot billiards and four-ball 24 hours a day under flatscreen TVs, as piped techno and K-pop play softly in the background. Cheap, well-maintained tables go for $17 an hour for up to 4 people and $2 for each additional guest, a fee that also garners free hot tea and "optional" crocs in the radioactive color of your choice. Use them to pad to the bar for $5 beers, imported Asian chips, and an impressive hoard of ramen instant noodles. 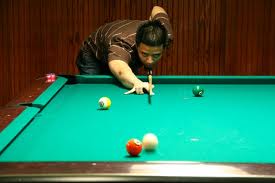 This Astoria neighborhood gem offers a daytime treat for the Queens crowd – free pool with drinks prior to 9 pm. After that, tables still run at a reasonable $10 an hour for two people, with $3 added for each extra guest. Major claim to fame? Diversity of attractions – Break boasts representatives of essentially every drinking-and-launching-tiny-projectiles game the human mind has devised. Ping-pong, air hockey, skee ball, foosball, mini-basketball bounce and rattle alongside classic arcade games like Big Buck Hunter, and, wonder of wonders, Ms. Pac-Man.