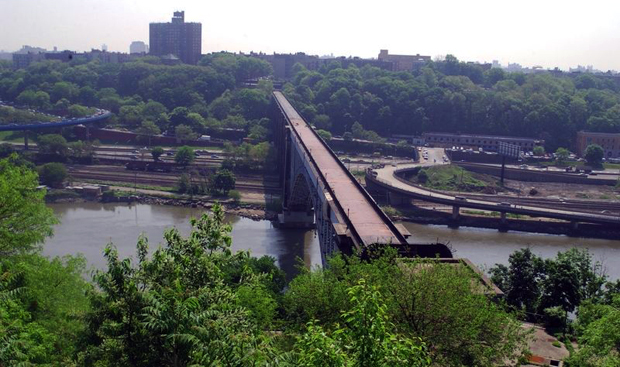 Sure, Central Park is not to be missed - the major tourist attraction in the middle of Manhattan can be seen from outer space. But what about New York City's hundreds of other precious green gems? Here are a few choice selections to get you started.

At first glance, one might think it's a lighthouse but the hexagonal stone structure shooting into the sky on 174th Street in Manhattan at the edge of the Harlem River is actually a water tower. It used to be part of New York City's Croton Aqueduct system in the 19th century. It overlooks the oldest bridge connecting two boroughs, High Bridge, which predates the Brooklyn Bridge by 40 years and gives Highbridge Park its name. This lovely green space atop a rocky cliff offers panoramic views and plenty of room to relax or take a stroll. It's a surprising find and a truly breathtaking escape from the concrete jungle.

A real lighthouse can be found about 110 blocks south at the tiny and scenic Lighthouse Park on the northern tip of Roosevelt Island in the middle of the East River alongside midtown Manhattan. It's accessible by subway but opt for the Swiss ski tram that floats commuters there across the East River, boarding at E. 59th Street and Second Avenue. One could argue that the entirety of this landscaped residential island is a park, offering an esplanade around its perimeter, quaint streets and several restaurants. The 50-foot-tall Gothic lighthouse at Lighthouse Park, maintained by the Roosevelt Island Operating Corporation, was built in 1872, the same year as the High Bridge water tower.

Back in Manhattan, just eight blocks south from the Roosevelt Island tram, sits Greenacre Park, a hidden oasis on E. 51st Street between Second and Third avenues. This quick and lovely escape features a 25-foot waterfall, movable tables and chairs, plenty of shade and room enough for a contemplative stroll. Many longtime Manhattanites aren't even aware that this Midtown jewel exists so here's a chance to get the jump on them.

Completing the aquatic theme, head to lower Manhattan for a stroll across the Brooklyn Bridge and a visit to Brooklyn Bridge Park situated on the Brooklyn side along the East River between Old Fulton and Water streets. This scenic green space, which offers postcard views of its namesake bridge and the Manhattan skyline, started out small but has recently grown in size, stretching farther along the river and offering more amenities. Special events are held here frequently including outdoor movie nights and short kayaking trips.